Reflection from abroad: Bean there, done that

There’s no shame in being a tourist in your own town. 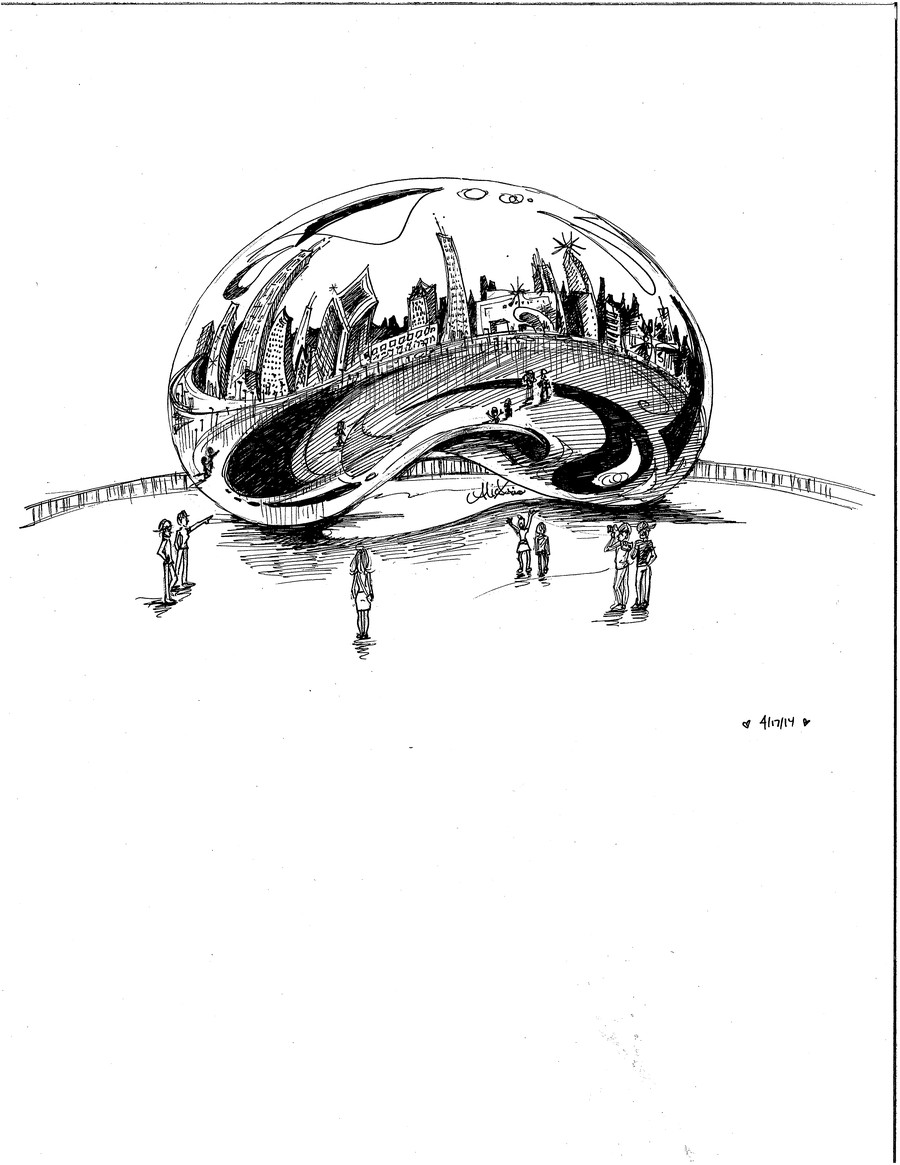 The first time I visited UChicago was also my first time in Chicago. I was a prospie, unsure of whether or not I would be coming back at all. So after the overwhelming inundation that is a UChicago Prospective Weekend—the PSAC events, the meeting (and forgetting) of all the other prospies, and the Alpha Delt party—my dad picked me up at Ida Noyes, and I asked if we could go see The Bean.

It’s a Chicago must-see, Cloud Gate. And when I approached Millennium Park, I immediately understood why. It’s huge. That, and swarms of camera-toting tourists are always crowded around it. I joined them that day, taking the first of a collection of Bean portraits I now own.

Six months later, I returned to Chicago as a first-year, and my House O-Aides took us on a scavenger hunt downtown. There was The Bean, the Chicago night wrapping around its surface. I am going to live here for the next four years, I thought, still a stranger to the city.

“Have you ever thought of who cleans bird shit off the top of The Bean?” a guy in my house pondered as we all stared at our warped reflections. I snapped another selfie.

I never thought Cloud Gate would get old to me. Every time I passed by Millennium Park my first year, I was tempted to make a nonchalant detour up the stairs to visit it. I just love that it looks different every day; it’s eternally new. I was always susceptible to the temptation to blend in with the other shot-snapping tourists visiting The Bean for the first time.

But then one day, I cut across Millennium Park to get to the Art Institute and I didn’t take out my phone. I didn’t even really notice The Bean.

I’m currently studying abroad in Paris, and every day I walk through the streets just gawking at its beauty. What I love about Paris is how it sprawls, not in a suburban tangle like Chicago, but in the same way a person grows—organically. Capillaries of alleys branch off of wide, winding boulevards, and old buildings hide older buildings. I’ve been here for three weeks and claimed a few regular spots, but every street I walk still seems new to me.

One time, I heard a Parisian chuckle mid–smoke break when he witnessed me take a picture of a door. I probably looked like a silly tourist (which I totally am), but it was a beautiful door, OK? Every door in the old part of town seems to be carved with its own unique intricacy. They don’t make ornate, diverse doors where I’m from. Meanwhile, this jaded, jaded man probably took all of these doors for granted.

Upon realizing this, I just felt bad for him. Because there’s a certain privilege to being a tourist—you don’t get to take anything for granted. Everything is fresh in a way that home can’t be.

I wonder how long these honeymoon tourist glasses last.  Even if the Bean doesn’t seem as radiant now, I still find myself taking my camera out and marveling at the Chicago cityscape. It has been a year and a half since I first set foot on campus, and I still take pictures of the stained glass in Rockefeller and the buildings on the quad. One Saturday morning I was walking down Jackson, the sun sloping against the buildings, and without thinking, I pulled out my phone and tried to capture its cold shimmer. I caught myself, slightly embarrassed that I was so doe-eyed about a place that I see so often. I was being such a tourist in my own town.

We worry so much about settling down in college and making a home out of Chicago. We memorize street names and CTA stops, explore neighborhoods and parks, all in an effort to experience the city. There’s certainly comfort in knowing how to get around and knowing the spots where locals grab a beer or watch their movies. But even as I settle in and enjoy these perks, I yearn to remain a tourist in the mysterious, gritty city that is Chicago. Life is just more beautiful that way.

Kristin Lin is a second-year in the College majoring in political science.