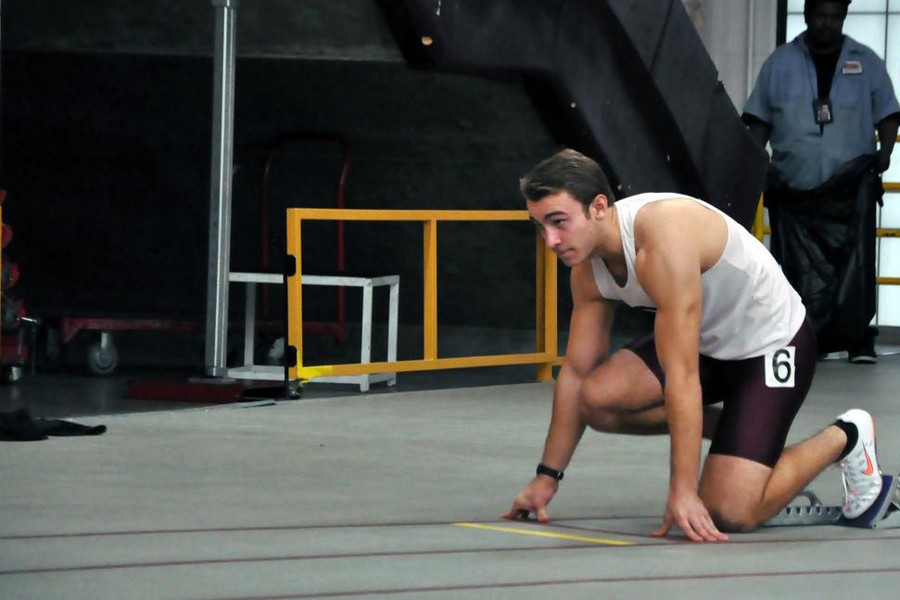 Chicago Maroon: You’re a two-sport athlete here. When did you start playing each sport—track and football?

JR: I remember thinking to myself after the first workout, and how my legs felt the next day, that no sane person could ever do this every day.

CM: When did you know that you’d be playing either sport in college?

JR: Football was something that I kind of started going through the recruiting process for later on in my junior season. Track, on the other hand, I was so late in the game in terms of recruiting for that—and even just starting—that it wasn’t until after I graduated and I was already committed here to football that the track coach called me and asked if I wanted to do it. And I said I was already here, might as well.

CM: Do you feel like being on the two teams, that maybe one affects how you approach the other, or vice versa? Do you see any sort of similarity or translating effects?

JR: I mean, there are definitely a little bit different cultures, and even subcultures, within the teams. Actually, football’s a lot closer to the sprints group I belong to, but that doesn’t necessarily translate to the track team as a whole. But in general, it’s pretty similar, I would say. And there’s nothing that is a culture shock coming from football to track or vice versa.

CM: What about your mental preparation? Obviously, it’s for a different sporting event altogether, but are there differences in the ways you approach the morning before game day compared with before a meet?

JR: See, that’s where it’s very different. Football, it’s all about having the highest energy going into kickoff, whereas [for] track you have to really channel everything together to make sure that you’re focused but really relaxed too. You can’t run a race angry, but you can play a football game like that.

CM: Do you have any personal NFL heroes, people you wanted to be like when you were growing up? Or role models?

JR: So, I play defense now, but growing up I was primarily an offensive player and I always tried to model my game off of Reggie Bush. I just thought he was very electrifying in terms of the way he played. It’s funny now that he plays for the Lions, the team that I cheer for, [but] he doesn’t really do much.

CM: And what about track, professionally?

JR: Anyone who runs fast. I watch and do a lot of research on Usain Bolt, Asafa Powell, Yohan Blake. All the guys who are top in the world right now. Nothing I really take from them in terms of running style or pre-race preparation…but just trying to wrap my head around how they go so fast.