BLOG: Why the Atlanta Hawks can shock the world

In the sports section's first ever blog post, analysis of the Hawks-Pacers matchups prove to advantage Atlanta. Here's why the Hawks can make some noise this year. 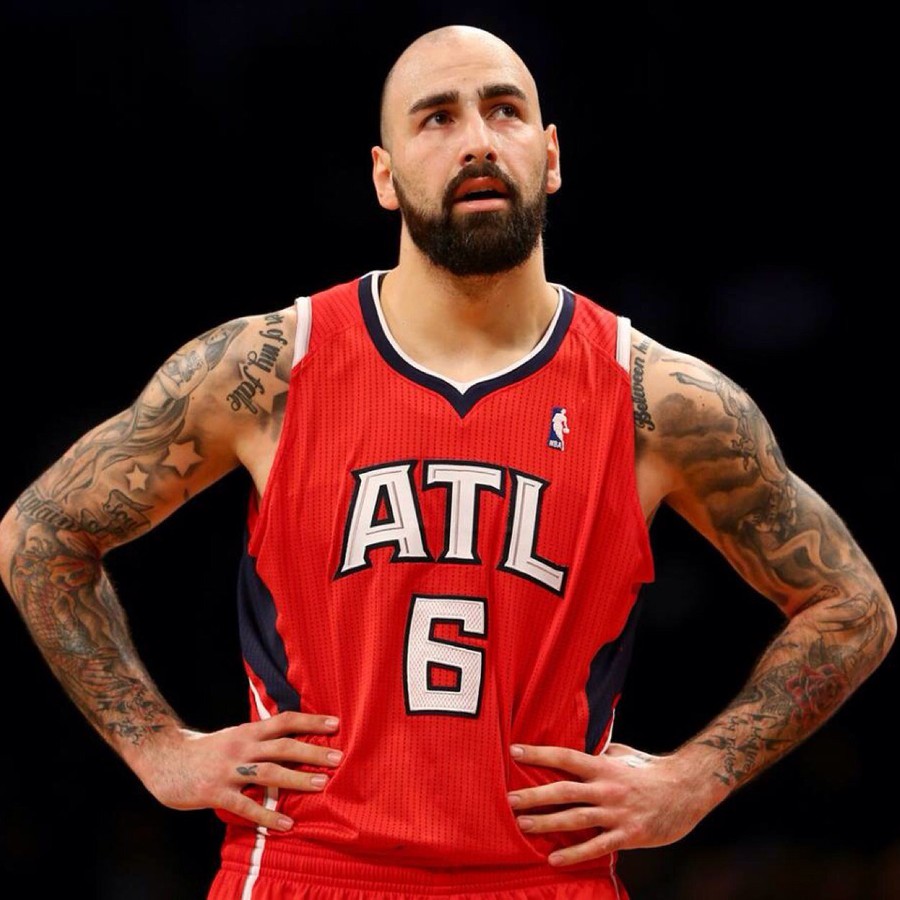 Hawks rookie center Pero Antic has been a key to Atlanta's success against Indiana.

I’m not a Hawks fan. I’m not from Atlanta. I don’t hate the Pacers. In fact, I really like the Pacers. I want to see the Eastern Conference Finals rematch that we’ve all basically been promised since last year. Paul George, when he’s on, is one of the best two-way players in the league. Roy Hibbert, when he’s on, is the best rim protector in the league (well, statistically speaking, he was this season, but this moping, self-admitted defensive “weak-link” is a totally different guy), and Lance “Born-Ready” Stephenson, when he, too, is on, is one the most exciting players in the league. But that’s just it: none of these guys are on. The whole team isn’t on. In fact, they’re not even off—they seem broken, a team so disheveled that they may not be able to handle whomever they face in the second round, let alone Miami in the Eastern Conference Finals, or the Spurs, Thunder, Clippers, or just about any other team from the West in the Finals. Atlanta, a team that presents serious mismatches for the Pacers, can cause a serious upset here.

The regular season series was split between these two teams, but the Indiana losses were decidedly more telling than the Indiana victories. In their two victories, the Pacers have beaten the Hawks by a combined 14 points. In their losses, they’ve fallen by a combined 29 points. It’s in these losses that the Hawks’ position mismatches really presented a problem for Indiana, and, in specific, that of 31-year-old rookie center, Pero Antic. When Al Horford went down this season due to injury, essentially everyone was ready to discredit the already middle-of-the-road Hawks. In fact, the Knicks were sort of counting on it down the stretch, but we all know what happened there. So, it was deservedly surprising when Antic provided some much needed support. He’s not perfect, but he would make do. Even more surprising, though, is that he would thrive against the league’s best defense in the Indiana Pacers.

In the Hawks’ victories against the Pacers, Antic has averaged 17 points and five rebounds on 72.2 percent shooting—an 11-point, 0.8-rebound, 30 percent increase, respectively. This success stems from Antic’s role as a stretch-center; his ability to step outside the paint, especially outside the three-point line, puts Indiana’s Roy Hibbert in a bind. Hibbert wants to stick close to the rim and block and alter shots, not meet Antic at the three-point line. In these same games, Antic has sunk six threes on 60 percent shooting, which is about a 30 percent increase from his season average. No one is questioning the defensive prowess of Hibbert, but he clearly doesn’t and simply can’t match Antic’s game.

Atlanta’s team as a whole provides a number of mismatches for Indiana. Paul Millsap, an undersized power forward, is a step quicker than Indiana’s David West and has a great shooting stroke both inside and outside of the paint. George Hill, certainly not an elite point guard (although proven to be more than competent), isn’t a fan of the Jeff Teague matchup. This season (first playoff game included) against Indiana, Teague has averaged 17 points, 2.8 rebounds, and 4.4 assists—very respectable numbers. Kyle Korver and DeMarre Carroll don’t need to be spectacular, just sufficient, especially against Lance Stephenson and Paul George. Their first-year coach, Mike Budenholzer, falls from the Spurs’ coaching tree and has seen his fair share of playoff situations—four championships worth, actually. The Hawks don’t fear the Pacers. The Hawks don’t look at the Pacers as the terrifying No. 1 seed they so desperately wanted to be. They’ve beaten this team before; they embrace these mismatches. They want to shock a few people.

Chase Woods is a first-year in the College.