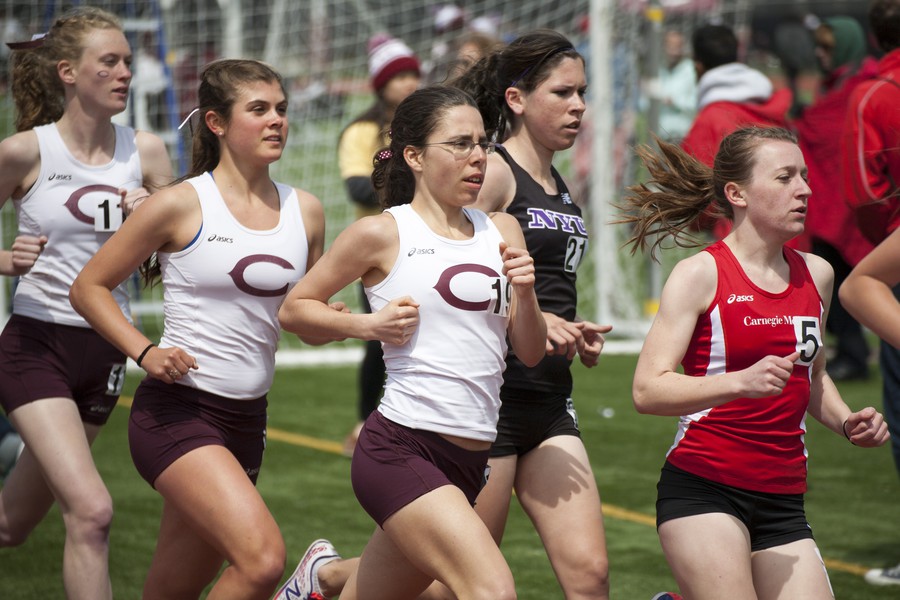 The Maroon men and women took a brief pit stop at home this weekend to host the UAA Outdoor Championships, as they began the final stretch of the track and field season.

The men’s squad finished the weekend in fourth place at the meet, while the women’s team slotted into second place, losing by less than 10 points to rival Wash U, which took the top spot in both overall rankings.

Fourth-year Dan Povitsky stole the show for long-distance events, taking first in the 10,000-meter on Saturday night and coming back Sunday to win a close 5,000-meter race, in which he came in ahead of Wash U’s Elliott Petterson by a little more than a second.

With the benefit of both experience and training under his belt, Povitsky did not let the busy weekend get to him mentally or physically.

“As you become an upperclassman on our track team, doubling multiple events becomes an expectation as the team needs the points and collegiate training has gotten you to the point of being able to handle a double,” Povitsky said.

Besides the ice bath, ibuprofen, and preparation in the training room the following morning, Povitsky credited his ability to compete back-to-back days to the upperclassmen runners who preceded him and stressed the importance of having a strong network of teammates both past and present.

“Our distance program also has a great culture of senior leadership and I’ve learned a lot along the way from the teammates who came before me about how to handle the 10K–5K weekend,” he said. “[I]n both races the support of teammates and alumni trackside helped immensely.”

On the women’s side of the competition, third-year Pam Yu and second-year Nkemdilim Nwaokolo provided standout performances by taking first-place finishes in the triple jump and discus respectively. First-year Olivia Clink placed second in the triple jump. In addition, first-year Michelle Dobbs attracted a lot of attention, as she was part of both the 4x400-meter and 4x800-meter relay squads and also captured the 800-meter individual title. Dobbs was tasked with anchoring both relays for the Chicago women.

“When I’m the last leg of the relay, I know that this means my team is trusting me to give everything for the finish of the race,” Dobbs said.

Dobbs admitted to being quite “fired up” before her turn in the relay, but also acknowledged constructively channeling this energy.

“As soon as I have the baton...all of that energy is focused on racing as best I can. Being on a relay is really special, and I think knowing that I’m running for three other people motivates me enormously,” Dobbs said.

The team has exhibited a strong dissemination of values from the more seasoned veterans such as Povitsky to the younger members like Dobbs, many of whom have already demonstrated their skills.

“I think it’s very important to set a precedent of strong performances for underclassmen because these victories provide a goal to aspire to,” Povitsky said. “It offers confirmation that if you put in the hard training for four years, strike the balance with academics, and listen to coach Hall, the successes will be there for you at the end of the road.”

The Maroons will compete next weekend in the North Central College Dr. Keeler Invite on May 8.