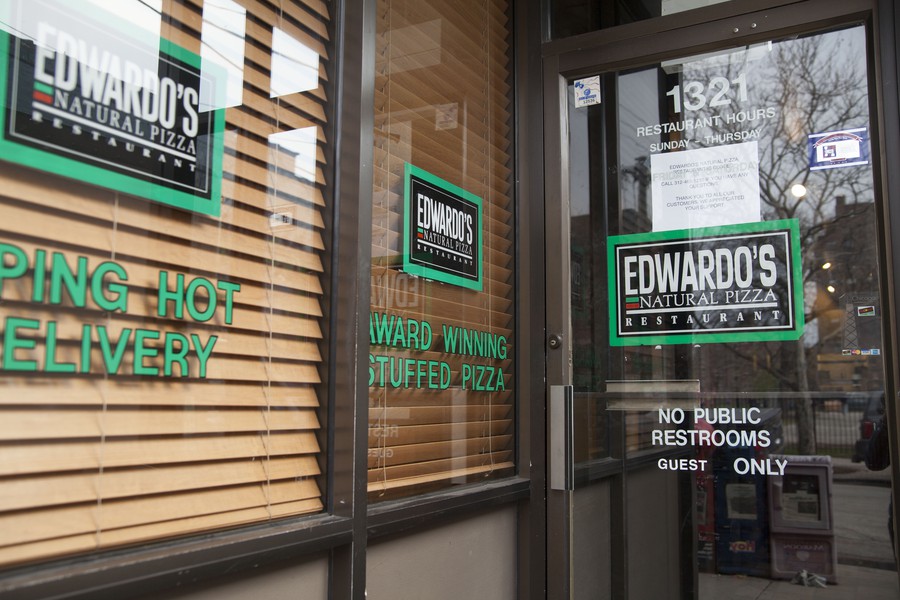 After 36 years of continuous operation at 1321 East 57th Street, Edwardo’s Natural Pizza served up its last deep-dish in Hyde Park on Sunday. Edwardo’s is a Chicago-based chain of five restaurants which serve pizza and other Italian fare, and is a subsidiary of Bravo Restaurants, Inc. Roman Farias, the manager of the Hyde Park Edwardo’s, said that Bravo decided to close the Hyde Park location because revenues had been in a long-term decline.

“I recently got the call in from corporate that we were closing; I knew that our business had been going down for the past three years. [Bravo Restaurants] tried to hold off the closing for as long as possible, but nothing could bring our sales back up,” Farias said.

Farias claimed that the primary reason behind Edwardo’s decline in business was that Aramark, the University’s contracted food provider, prevented Edwardo’s from catering University-sponsored events; he suggested that this was previously a large part of Edwardo’s business. A representative from Aramark and a University Spokesperson, who was contacted after business hours on Monday,  could not be reached for a response to these claims in time for print.

“I’ve been with this company for 20 years—we used to send a lot more pizzas to the U of C, especially for [University] events. Then, three years ago, Aramark came in...and we were forced out,” Farias said. Aramark signed a contract with the university in July 2011 extending their contract to provide food for the University dining halls and academic cafés.

Farias said that while he is disappointed about the closing of the Edwardo’s in Hyde Park, he appreciated his clientele—some of whom were devoted for years.

“I have this one customer, this lady named Liz. She lives in New York, but she has celebrated her birthday with a spinach pizza at this Edwardo’s every year for the past eight years. This place, of all places. I just want to say that the Hyde Park clientele is some of the best in the country...and it’s been a pleasure doing business.”

This article has been updated on May 1 at 6:20 pm to reflect further reporting