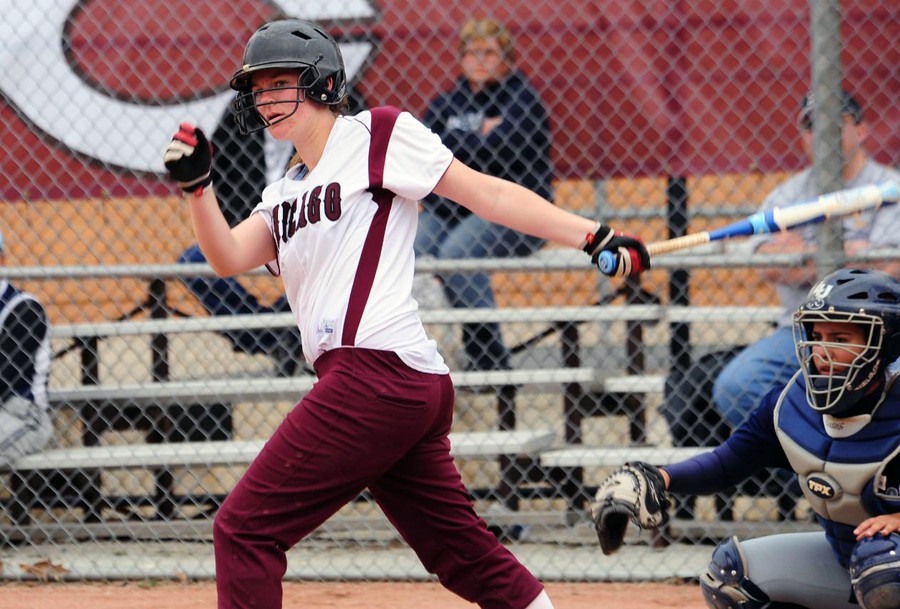 The first weekend of spring saw the hot-starting Maroons (13–1) with two doubleheaders against Aurora University (10–8) and Beloit College (3–16).

After having their Thursday game cancelled because of bad weather, the South Siders suited up and hit the ground running on Saturday afternoon. Chicago took the first game 5–3. Standouts included first-year designated hitter Anna Woolery and fourth-years outfielder Kaitlyn Carpenter and infielder Maddie McManus with an RBI each.

The Maroons’ winning streak of 11 consecutive victories, however, was broken in the second game against Aurora.

“We just didn’t have timely hitting and ended up stranding 13 runners,” Woolery said about game two. “This loss hasn’t lessened our confidence in any way.”

Second-year infielder Kathleen Kohm felt that the team could use the loss as fuel.

“After we split with Aurora, our team identified what it felt like to lose, and we all agreed that we never want that feeling again,” Kohm said.

“I think it just gave us a reality check and just made us want to take it one game at a time and win each game and each inning,” Bohac said.

This determination followed through to the following day in Chicago’s doubleheader against Beloit with massive victories of 16–1 and 9–3.

Kohm attributed the win to the team’s offensive firepower, with four RBIs over the two games.

“Our pitchers are incredible and just astoundingly amazing. As good as our offense is, we would not like to face our own pitching at all,” Kohm said. “They make the defensive job easy for us. Our outfield catches everything and anything that makes it to them, and our infield is so quick and has been making some great mental decisions during stressful situations. Offensively, everyone is a threat. Everyone can hit the ball to the fence, and our speed gives us so much versatility.”

This bodes well for Chicago, which was 9–5 at this point last season.

“We actually don’t have a conference, so every game is extremely important for us, as they all influence our chances to make playoffs,” Bohac said.

“Each game counts in the primary criteria for making the NCAA tournament,” Kohm said. “Since we have to get an at-large bid, it is very difficult for us compared to other teams. We have to win as many games as we can against the best competition out there.”

With a winning attitude, the Maroons look to face North Park University (8–8) at home on Tuesday at 3 and 5 p.m.

“We just need to stay within ourselves, come out aggressive, and not leave runners on base,” Bohac said.