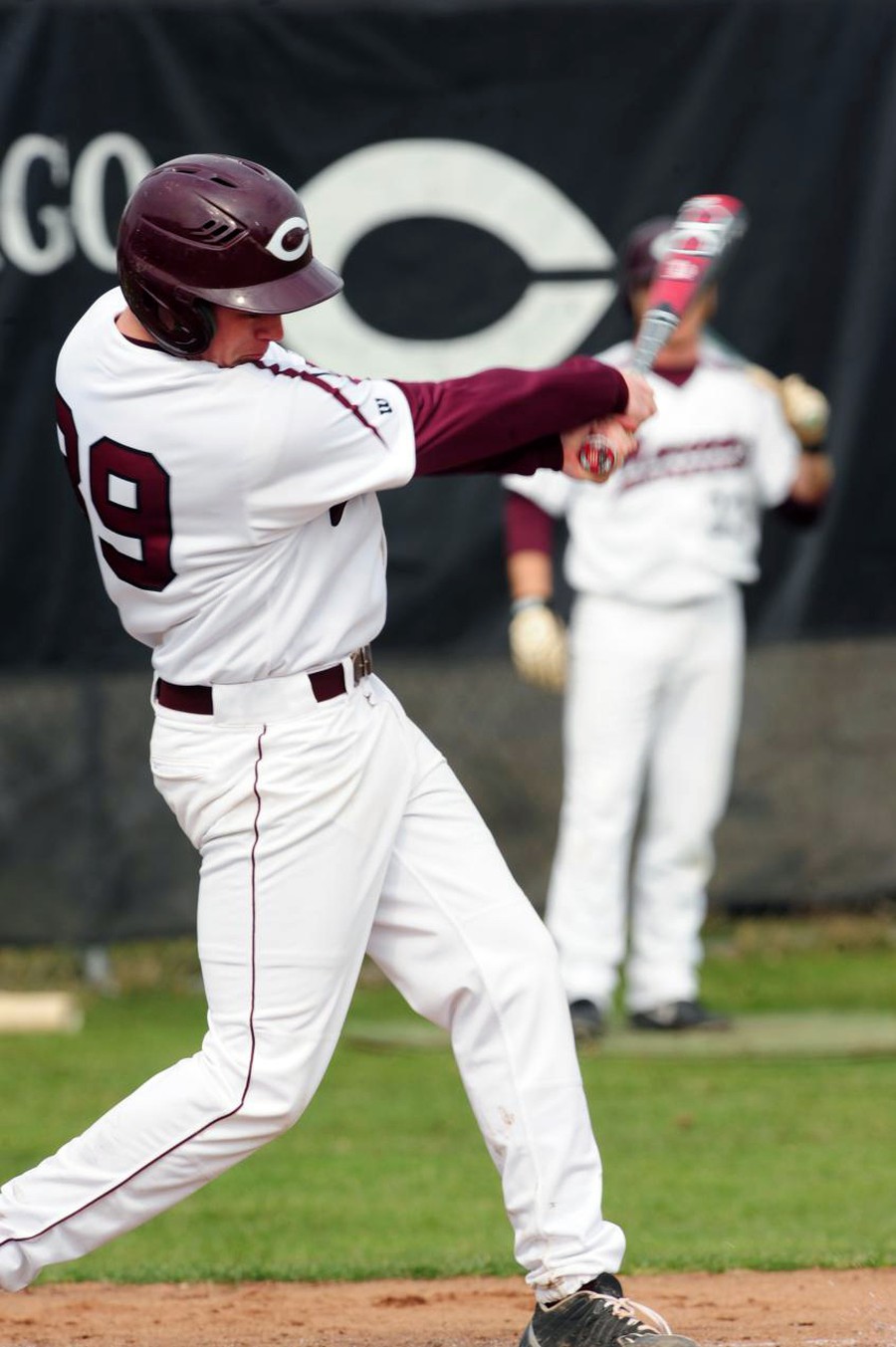 Chicago Maroon: When did you start playing baseball?

Kevin Tully: Tee-ball as soon as I could, probably kindergarten or first grade.

CM: When did you know you’d play in college?

KT: It was really last-minute. I always wanted to play in college, and I didn’t really think it was a possibility until a coach from UChicago reached out to me and said, “Would you be interested in playing baseball here?”

CM: Were you always a first baseman and catcher, as you are now?

KT: I caught and played first base when I was younger, and then senior year of high school I switched over to outfield. And then returned to first base and catcher when I came here.

CM: What are the differences between playing in high school and in college?

KT: In high school it was more rivalry-based, because I went to a Catholic Chicago high school and you knew a lot of the kids who played on the other teams. You played travel baseball with them and stuff, so when you played them, it was more trying to win conference and things like that. But in college, it’s just completely different. You don’t know a lot of the kids, and you go travel around to a lot of different areas and it’s more of just trying to reach the NCAA tournament, which is our ultimate goal.

CM: Do you have any personal first base or catcher heroes?

KT: I like Paul Konerko a lot. And Carlton Fisk.

CM: Do you have a favorite play to see on the field—either in your games, or watching MLB on TV?

KT: Tadahito Iguchi made an unbelievable play in 2005 or 2006, where he just was running on a ball and barehanded it and dove on the same play.

CM: This is something I’ve always wondered because I’m a huge baseball fan but have never played the sport at a high level: Is it different watching baseball since you play it at a high level?

KT: Yeah, I guess. I mean, I think the way most people look at baseball, is just watch the plays and things like that. But, knowing how the game works a little more, I guess, I try to focus on where the players are going in certain situations and understanding the baseball game more and realizing why they’re doing certain things.

CM: What’s it like being on the team here?

KT: I met a lot of great guys. A lot of my best friends are on the baseball team. And it just makes some of the hard things at this school a little better, knowing that there’s guys in the same situation as you, juggling.

CM: What do you think about when you’re out in the field? What’s on your mind?