My Big Fat Bleak Wedding: Thrones returns with a vengeance

The new season of HBO's Game of Thrones promises to be bloodier (and better) than ever. 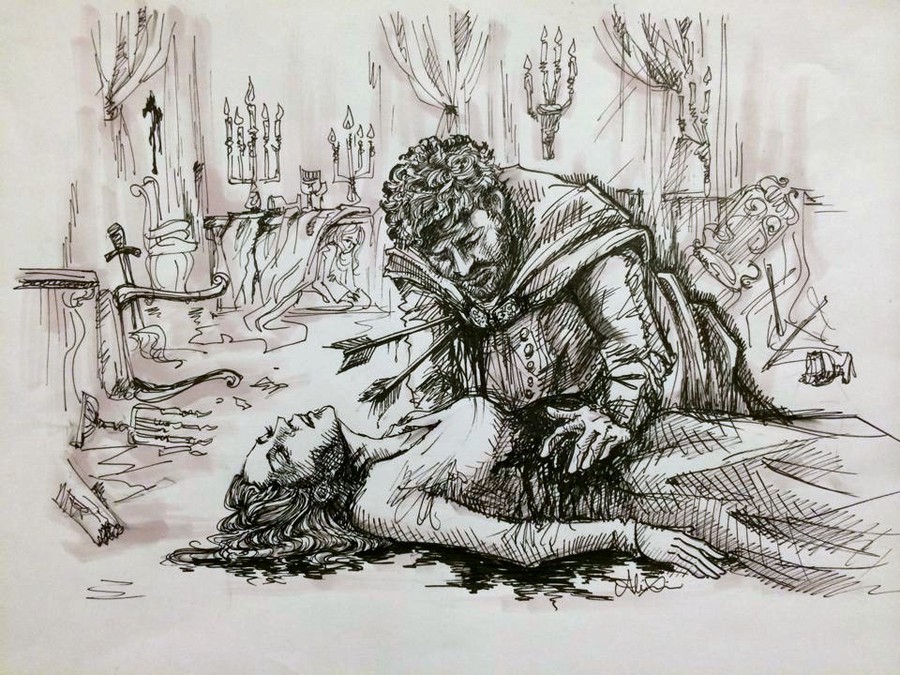 “I’ve always hated the bells. They ring for horror. A dead king, a city under siege...”

So say Lord Varys and Tyrion Lannister near the close of Season Two of Game of Thrones; this exchange represents one of the many cruel jokes of foreshadowing that George R.R. Martin weaves throughout his books, and which David Benioff and D.B. Weiss have adapted to the screen. That, of course, was back when Thrones viewers were still recovering from the untimely death of Sean Bean’s Eddard Stark, yet still naive to the true bounds of the show’s ruthlessness.

Readers and viewers alike have since come to accept weddings as a universally bad sign. From the depressing politicization of Sansa and Tyrion’s engagement to the yelling-at-your-TV-screen foolishness of Robb Stark’s marriage, weddings have never been cast in a positive light in Martin’s world. Still, nothing could have prepared us for the infamous Red Wedding at the end of last season.

I took a quick poll from my viewing party for this season’s premiere: Reactions to the Red Wedding included punching a wall, sitting in a dark room despondently for an hour, and taking a multi-month hiatus from reading the books. Then there was the guy who reportedly laughed hysterically at the grisly affair—but explorations on the range of psychopathy in real-life people, as opposed to fictional ones, are not within the range of this piece.

The first episode does not disappoint us in our craving for blood and the malicious characters who spill it. Slaves are murdered and nailed to signs as warnings for Daenerys Targaryen as she continues her quest to maybe-eventually return to Westeros. Knights openly attempt to rape children in outland taverns. Cannibals rove unchecked in the North.

But despite the flash and gore that is so pleasing to its viewers, the show continues to find the most success in subtler arenas. For the previously mentioned baddies, the most dangerous new character may be Oberyn Martell, the prince of the southern land of Dorne. Played by a quietly threatening Pedro Pascal (yet another in a long line of acting gems HBO has pulled from the rough), he adds a new dynamic to the politics of King’s Landing just when it seemed that the villainous Lannisters would lick their wounds unopposed. Like so many before him, he wants justice for past crimes against his family. He may have to wait: By now the line of those waiting for retribution against the Lannisters is just as long as those who have been killed or ruined by trying.

It was on this embattled Lannister clan that the premiere tended to focus, and on how they are adjusting to a new balance of power now that the war for control of the Iron Throne is essentially over (at least for now). Their power has withstood all major challenges thus far, but they are left substantially weaker than before. Jaime Lannister’s fighting ability and standing are both diminished. His sister Cersei has become all but estranged from her family as her mental state becomes even less stable. Tyrion has one eye over his shoulder waiting for the inevitable backstabbing, and patriarch Tywin is the only man holding the whole enterprise together.

Yet the most foreboding sign of all is that this young season is building to, you guessed it, a wedding. Whether the wedding of the bratty and cruel young king Joffrey Baratheon (of whom we saw surprisingly little in the season premiere) and the scheming Margaery Tyrell ends in disaster remains to be seen; but so far disaster and death have come for Martin’s characters just as surely as the long Winter warned of in the Stark family words.

Winter may have already come and gone here in Chicago, but our TV sets promise to be as cold as ever on Sunday nights all spring long.