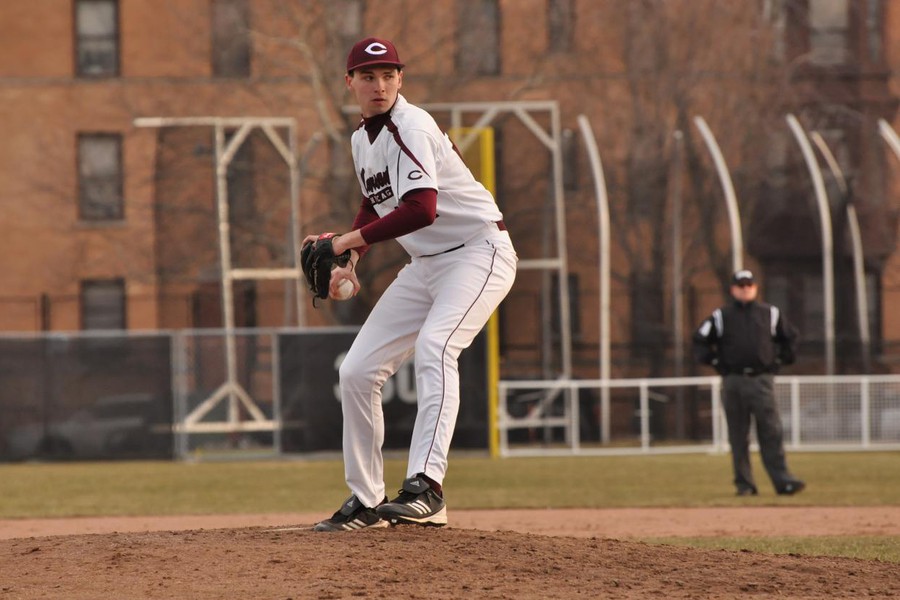 Fourth-year infielder Dylan Massey impressively went 3-for-5 on the day and scored Chicago’s only run.

Massey is hitting .328 and leading the team with 40 hits this season. When asked about his recent approach, Massey attributed his success to his patience at the plate.

“I’m seeing the ball well out of the pitcher’s hand, and I’m being more selective in the pitches I swing at,” said Massey.

Third-year pitcher Andrew VanWazer did not hold back praise when commenting on Massey’s recent performance.

“Dylan Massey has been red-hot lately. He was 3-for-5 on Sunday and 5-for-6 the Saturday before,” VanWazer said. “Saturday, he also hit his first career homer, showing us all that he has more than just warning-track power.”

VanWazer, playing as the team’s designated hitter, made his own contribution to the South Siders' effort on Sunday, as he collected one of Chicago’s eight hits. He said North Central did a good job of stranding Maroon runners on the base paths.

“We were up against a good team,” VanWazer said. “We were just one big hit away from taking the lead. We had unfortunate luck on a few plays and [on] calls as well.”

With the strong pitching of third-year starter Anthony DeRenzo, the Cardinals were kept within striking distance of the Maroons’ lineup.

“Anthony’s pitching performance impressed me,” Massey said. “He keeps his pitches low, which gets him a lot of ground balls, and he competes for each and every out.”

DeRenzo put up zeros in all of his six frames except for an unearned run in the first and three in the fourth.

Second-year pitcher Alex Athenson kept the Cardinal hitters at bay for the seventh and eighth innings, giving up only one hit with two strikeouts and a walk.

Overall, Chicago received contributions from many different players but couldn’t find a way to score. This season will not end with the ideal outcome the Maroons may have been hoping for, but this does not mean that their effort will be put into question.

VanWazer summed up the expectations he and his teammates have for the next week and a half.

“We have six games left, and at this point, we just want to play six competitive games and hopefully win the three-game series against Wash U,” VanWazer said.

Before Chicago battles Wash U on May 9 and 10, the South Siders have a doubleheader on the road against UW–Platteville (8–27) this Saturday. Like the Maroons, the Pioneers have had trouble finding their footing, with no more than two consecutive wins at any point in the season. Afterward, Chicago will gear up for its annual alumni game, which will be at home on Sunday.

The Maroons will face the Pioneers on Saturday at 2 p.m. and 5 p.m. Chicago’s alumni game will be at home on Sunday at 1 p.m.