The composer is dead

License to trill: A chat with law student/flutist Caroline Wong 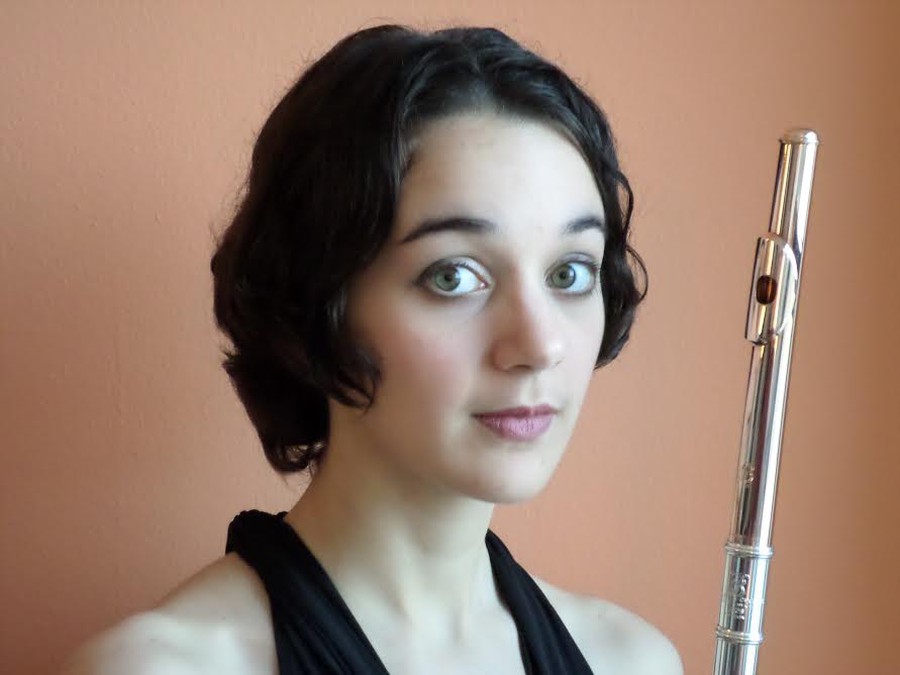 Caroline Wong is a student at the University of Chicago Law School. A first-place winner of the music department’s 2014 Concerto Competition, she performed Jacques Ibert’s Concerto for Flute and Orchestra with the University Symphony Orchestra as part of its Concerto Showcase. I sat down with flutist Wong after the concert for a few words on technique, competition, and antitrust law.

MC: You played the Ibert Flute Concerto last Saturday (wonderfully, I might add). I want to ask about your interpretation of the piece.

CW: I think a lot of French music has this unique quality of shifting very quickly into different, subtle changes of character. There’s a lot in the piece that depends on subtle harmonic shifts, or subtle textual shifts—in terms of different orchestrations from measure to measure, different voices coming out at different times. So there’s a lot of subtlety in the music. You get a lot of German music that has soaring, memorable melodies, like Beethoven. French music isn’t like that…it’s subtle. So a lot of what went into preparing the piece was getting familiar with the harmonies, the subtleties of color and figuring out what to do with that so the piece creates a very rich palette of colors, emotions, ideas.

MC: Many people have a very narrow understanding of the flute as a sort of orchestral Hi-Liter—that it’s only good for bird calls or pastoral tunes, for example. How do you think the Ibert flute concerto changes that?

CW: Well, these stereotypes are especially true in an orchestral setting. Just having a flute in front of the orchestra as a solo instrument changes that dynamic completely. There are not a whole lot of big flute concertos before the early 20th-century. I think that has to do with the fact that the technology of the instrument evolved. In the nineteenth century, people were still playing wooden flutes; 20th-century, people are playing metal flutes. The keys and the mechanisms are more evolved, so the flute could physically do more than it could 100 years previously. It became a more popular instrument as well, so a tradition of technique grew; there were more flutists playing the flute seriously. So because you see all these physical, technical developments, I think that’s why you see the flute growing out of that stereotype.

MC: What’s something about playing the flute that not many non-flutists know about?

CW: I think what people don’t realize about playing the flute is that breathing is a constant challenge. I’m very jealous of pianists and string players! They can just play long, beautiful melodies and they don’t have to worry about being limited by the air. Another thing I thought a lot about when preparing for the Ibert [flute concerto]: How can I make this sound effortless and melodic even though I do have to physically interrupt phrases to breathe? I can’t…not breathe! So that’s something that people maybe don’t know about the flute. Breathing is a constant challenge!

MC: So a future innovation could be to have tubes running through the flutist’s nasal passages, providing a constant supply of air.

CW: [Laughs] Probably not, but here’s a fun fact: A lot of what’s difficult about playing the flute is stuff that the audience doesn’t see. The audience sees fingers moving, but most of what’s difficult—what goes into good flute-playing—is control of air. The control of the speed of the air, the direction at which it hits the mouthpiece. And I’m talking about very fine-grain distinctions in speed and direction. So a lot of learning to become a flutist is learning how to control that speed and direction.

MC: I’d like to ask you about the Concerto Competition. How did you feel about the experience?

CW: First, surprising—because I didn’t compete thinking that I would win. I’m a law student. I competed because I knew that having a kind of deadline would get me to practice more. And one thing that has been kind of sad about this year is that I haven’t had time to practice as much as I would have liked to. So I just wanted to do the competition to get myself playing again a little bit more, and it worked. But I also won, so that was a nice surprise.

MC: Would you consider competing again in the future?

CW: I’d love to. Past winners aren’t allowed to compete, so I’m going to have to find myself other opportunities in the city of Chicago, because I love it.

MC: If you could change something about the way the competition is set up, what would it be?

CW: The way the competition is set up, you have all categories of musicians competing against each other.…I was a little bit surprised that they didn’t divide us into pianists, string players, wind players, and then select winners from each category. That’s something a lot of competitions usually do. But I’m sure the music department has a good reason for doing what they do, so that’s fine.

MC: Okay, last question. It’s the nineteenth century and someone just invented the keyed flute. An industry lobby of wooden-flute makers has filed a complaint against it. You are called to defend the keyed flute in a court of law. How would you do it?

CW: [Laughs] It would depend what the wooden-flute makers were suing for…yeah, that sounds like some sort of complaint for loss of business profits. There’s nothing that looks unfair about inventing a better flute. There’s no worries about Sherman Act violations, unfair competition—it just looks like a good, new product on a competitive market. This is UChicago, so we love a good competitive market. Do you do anything with economics?

MC: Yeah—well, I intend to.

CW: Yeah! The keyed flute is a better innovation in a competitive market; the market wants what the markets wants. Too bad for wooden-flute makers.