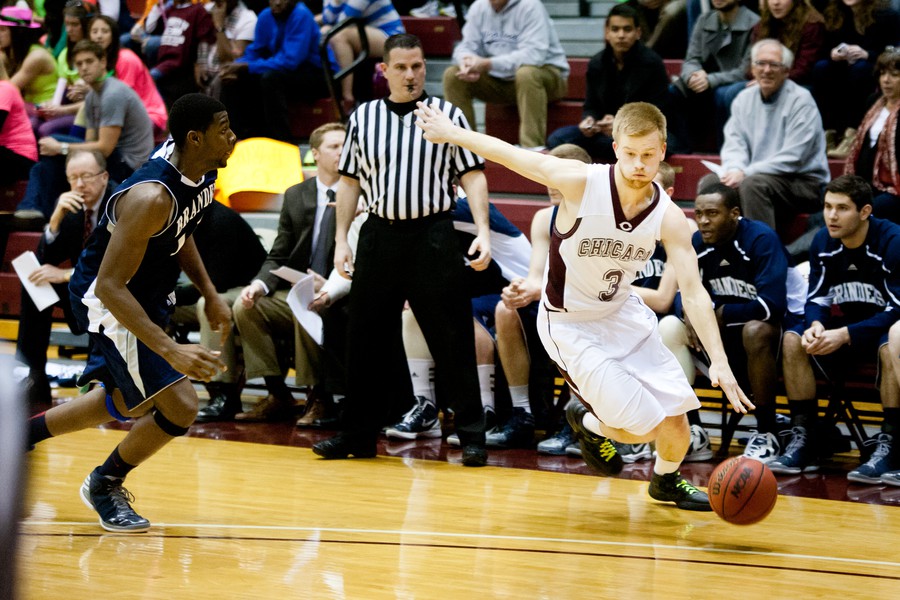 Anyone fortunate enough to have spent time with Charlie Hughes, a fourth-year guard for the Maroons’ basketball team, can attest to his vivacious personality and willingness to discuss any topic, regardless of whether or not he knows what he is talking about. Beyond this outgoing persona, however, Hughes has defined his life, and especially his time at the University of Chicago, through hard work. The political science major is also on the executive board of the Order of the “C,” a brother of Phi Gamma Delta, and planning to work as a legal assistant in intellectual property litigation for Sidley Austin in Chicago after graduation.

Hughes attributes his work ethic to his father. “My dad is someone who I have always looked up to and tried to emulate. He’s the hardest-working person I know. He made sure that we understood the value of hard work and wanted my sister and me to always give things our best effort, which is something that has stuck with me,” he said.

Hughes’s father coached him in his early years of basketball and continued to support his passion through middle and high school, constantly being there to rebound for his sharpshooting son. Charlie leaves Chicago at No. 6 in school history in field-goal percentage (.493).

Hughes’s father also played DIII athletics, competing in both baseball and football at Ripon College. “I think that he is a big reason why I chose to pursue college athletics. He actually still holds the school record for career interceptions.”

While he attributes his athletic abilities to his father, Hughes also said, “Even though he really hoped I’d get involved with sports he never pushed it on me too hard, and always preached being a well-rounded person. Outside of athletics, he’s been a huge role model for me in terms of his personality and work ethic.”

This well-roundedness is what made Charlie a perfect fit as an athlete here. Hughes was initially drawn to the city of Chicago because of relatives in the area, and upon arrival to the University was not disappointed. “On my first visit to campus in the fall I really liked the guys on the team, and met [fourth-year] Sam Gage who was also being recruited to the basketball team. I remember telling my parents in the car on the way back to Ohio that this was where I wanted to go to school. Once I was accepted, I committed almost immediately.”

At a school where the word “student” is highly emphasized in the term “student-athlete,” Hughes has excelled in both aspects. “Time management is key. There are only so many hours in the day and when you have to balance schoolwork with a demanding practice and travel schedule, sometimes you have to sacrifice things like sleep or being social in order to get everything done,” he said.

With basketball season over, Hughes is taking his senior spring victory lap. Hughes offered advice for Chicago students: “Don’t take yourself too seriously. It’s so easy to get caught up in the grind of being a student here, but every once in a while it’s important to let yourself have a little fun,” he said.

Well, “Chuck,” it has been more than a little fun having you in both the Chicago and Maroon athletic community. This school will miss watching number 3 running around the court next season.