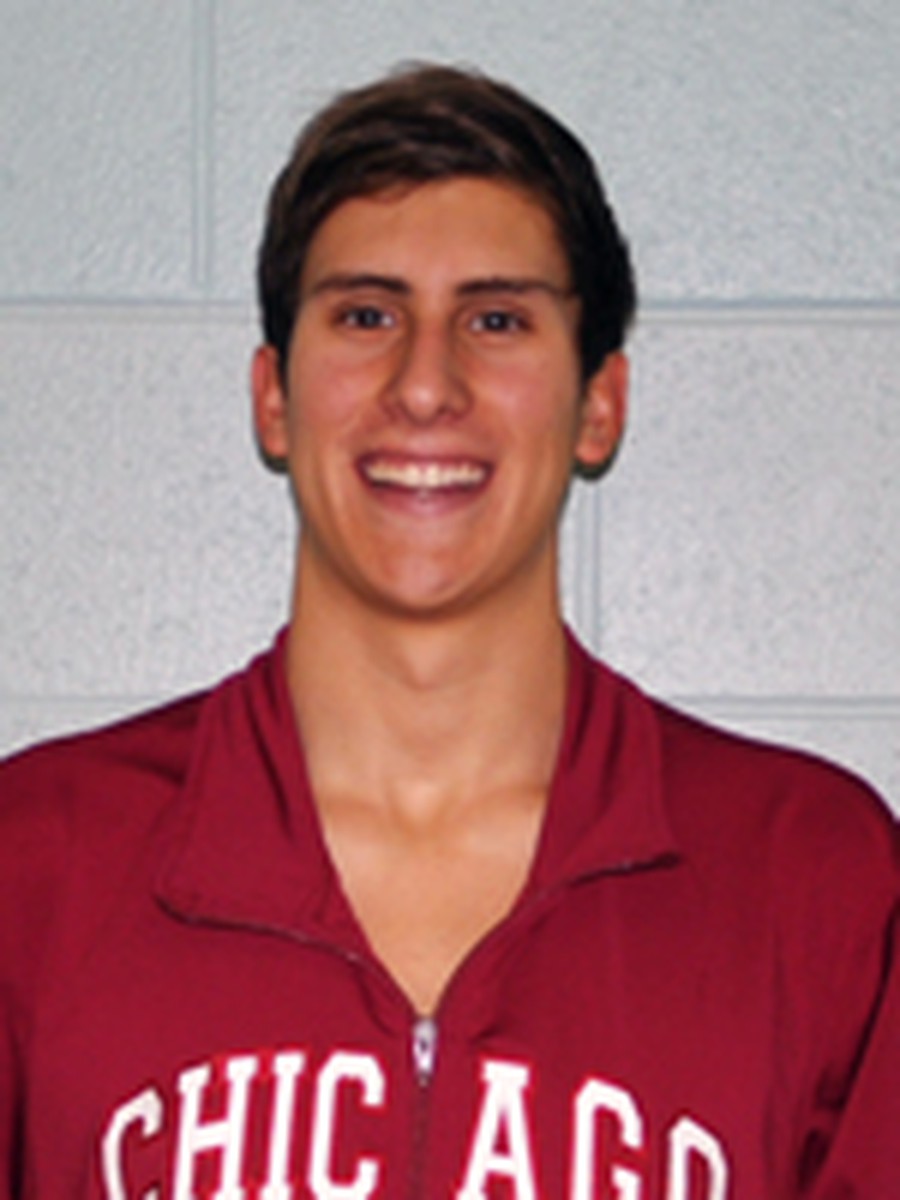 Chicago Maroon: How old were you when you started swimming?

CM: And how old were you when you started swimming competitively, at meets?

BW: Since I was five.

CM: Did you play any other sports in middle school or high school?

BW: I played soccer and basketball.

CM: How did swimming end up being the one you played in college?

BW: Well, I wasn’t any good at basketball, so my dad told me I should stop playing that. And then I really enjoyed soccer, but I was just better at swimming, so we chose to focus on that.

CM: When did you know you’d be able to swim in college?

BW: I guess…I was on a pretty well-known club team, so they had a very good recruiting channel for us. So once I got into the high school division and established myself within their groups, I made it to the national team... so most of us swam in college once you got to that level.

CM: What’s on your mind when you’re swimming, while you’re in the water and racing?

BW: When I’m racing…I try to look at other people in my race and pick which person I’m going for, especially in an event like the mile. But for just normal events, I just have to focus on my race plan and keep my heart rate down so I don’t use all my energy too fast.

CM: You recently wrote something online about your injuries, and multiple people sent that to me and suggested you for this interview as a result. What motivated you to share that?

BW: Well, I had interned with the company that made that site, so they’d reached out to us and said, “Use what we’ve made, see if you’d like to write about anything.” And a lot of the people on the site kind of just use it for mindless jabber, whatever they want. They’ll review a TV show, and I think that’s kind of pointless. So I just wanted to write about something that was really important to me, and my second post was about athletics here in general and why I enjoy it, and then my third one was about what I’ve been doing since I got injured really badly this year for the first time ever. I’ve never been out for an entire season.

CM: So, what were you up to? How did you maintain your strength while still being out with your arm injury?

BW: My ulnar nerve, I had to get surgery for it. I wouldn’t say that I’ve maintained my strength very well. My body is pretty weak right now. I actually just came from the training room, just doing rehab. I do rehab almost every day, every weekday. I don’t want to do too much, or I’ll break my arm. But I’ve just tried to stay consistent in that and then do outside stuff like aerobic work to make sure I don’t get pudgy. And then eat right. Eating right’s helped a lot.

CM: Your goal is to start swimming again for next year?

CM: And then, what about looking ahead? Is it something you hope to do for the rest of your life?

BW: Well, I’m not really sure. I definitely want to swim all four years. And I want to be a productive member of the team, rather than just make it back and kind of be at like 70 percent for the rest of college. Afterwards I’m not really sure. Swimming is very destructive on my body. I will definitely always try to stay active, whether it’s swimming, running, or beach volleyball, whatever. I really enjoy being active and exercising, so as long as I don’t lose that I don’t really care which avenue I choose.

CM: Have you gotten any interesting feedback on the post about your injuries?

BW: Yeah. One cool thing was I had a lot of people reach out to me whom I wasn’t super close with but had been struggling with similar issues. A couple of friends from high school messaged me and said, “I’d read your post, and it really hit me hard,” because a lot of these people have been struggling with, I would say, worse conditions. I had a long-distance runner friend who seems to fall apart every season. And I got lucky; it was just one of mine. It was cool being able to connect with people on that.