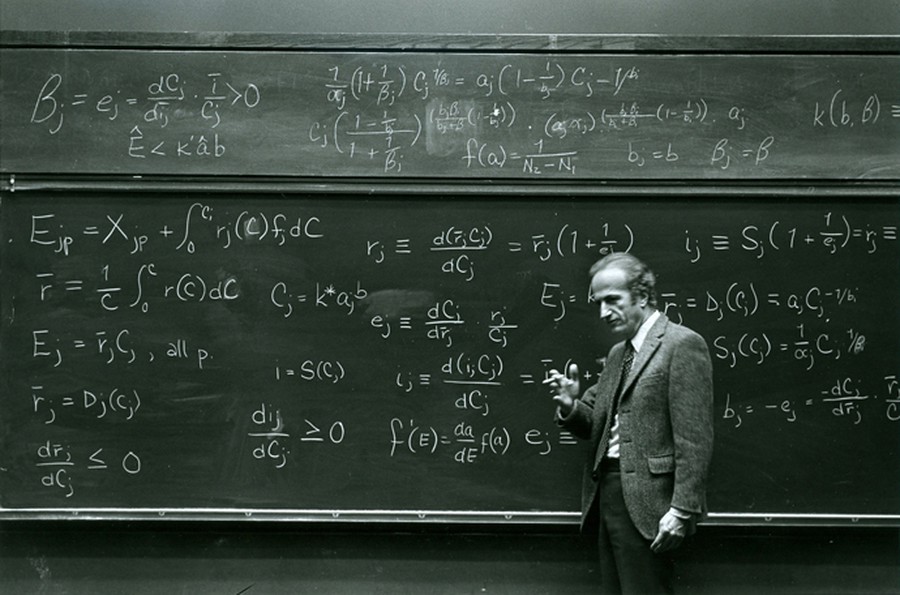 Nobel Prize–winning economics and sociology professor Gary Becker passed away Saturday night after a long illness. He was 83.

Becker pioneered a new field of social economics. He won his Nobel Prize "for having extended the domain of microeconomic analysis to a wide range of human behavior and interaction, including nonmarket behavior.”

“I think Becker is probably the most significant social scientist of the past 50 years,” Victor Lima, co-director of undergraduate studies in economics, said.

Lars Peter Hansen, research director of the Becker Friedman Institute, said that Becker changed the direction of economic thinking. “What he really did, in a very important and central way, was expand the scope of economic analysis to address a whole wide variety of social problems of considerable importance,” Hansen wrote in a statement.

Becker’s research focused on explaining sociological problems economically. He examined problems such as discrimination, crime, and addiction. He also founded the field of New Home Economics, examining family decisions on labor and consumption and emphasizing household production. In his work The Economics of Discrimination, published in 1957, Becker showed that discriminatory hiring practices can be an economic loss for employers. Another esteemed work, A Treatise on the Family, was published in 1981 and looked at divorce, the decision of choosing a spouse, and family size.

Having mentored a crop of prominent economists, Becker’s influence greatly extended past his own work. Lima, for example, took several classes with Becker and came to him with questions throughout his teaching career. “My intellectual debt to him is huge. And that informs the classes that I teach every quarter. So every time, 150 students who take Honors Econ get a very heavy dose of Gary Becker…. You know, one person removed, but the influence is there,” Lima said.

Becker’s friends and colleagues highlighted his strong reasoning skills.  “Every time I spoke to him I learned something, or I viewed a problem in a way that was different from how I had thought about it personally,” Lima said. “He saw things that I didn’t and he would engage and talk about it…. I’m really going to miss knowing that he’s not up there.”

Becker was famous for calling on students in class to answer difficult, open-ended questions. If they answered correctly, he would continue to press them until they made a mistake, then explain the mistake to them. “In class he would call on you all the time and that was tough. Even if you were meeting with him one-on-one, he still tried to keep you on your toes, because that’s where he felt like you had to apply yourself and question what you were thinking,” said economics graduate student Kris Hult, who was advised on his B.A. thesis and Ph.D. dissertation by Becker.

Becker taught graduate classes at the University and was teaching a graduate-level class this quarter called Human Capital. He had never shown up for the class and students were told that he was sick but getting better, according to third-year Kay Li, who was enrolled in the class.

Friends and colleagues remembered Becker not only for his towering contributions to the field of economics, but also his kindness. “I would highlight his generosity, both intellectual, in terms of influencing research and helping you and working, but also mentorship,” Lima said. “[He was] always concerned about his students…. He wasn’t just about the great students. He was about all the students.”

It was a common occurrence for Becker to step in to help colleagues without expecting anything in return. In a post on his Freakonomics blog, Booth professor and famed author Steven Levitt wrote, “Years ago, my son Andrew died unexpectedly in the middle of the school term.  I cancelled my classes for a few weeks.  Only when I returned did I discover that Gary had stepped in, without anyone asking him to, and had taught the classes in my absence.”

His death caused a great shock in the economics department. “It just feels like there’s a huge hole. Like the spiritual pillar of the department is gone. So it’s weird,” James Marrone, a third-year economics graduate student who served as a T.A. for two of Becker’s classes this year, said. “All the students were kind of talking about it, but not, because it felt a little bit like the elephant in the room. We don’t really know how things are going to be different, we just know things are going to be real different.”

Becker leaves large shoes to fill at the University. “Two hundred and odd years later we still read Adam Smith. I think 200 and odd years later we’ll still read Gary Becker,” Lima said. “I think Becker was an extremely bright light who illuminated all of us. And we see better today because of what he wrote and what he thought…. And that, we should all thank him for.”