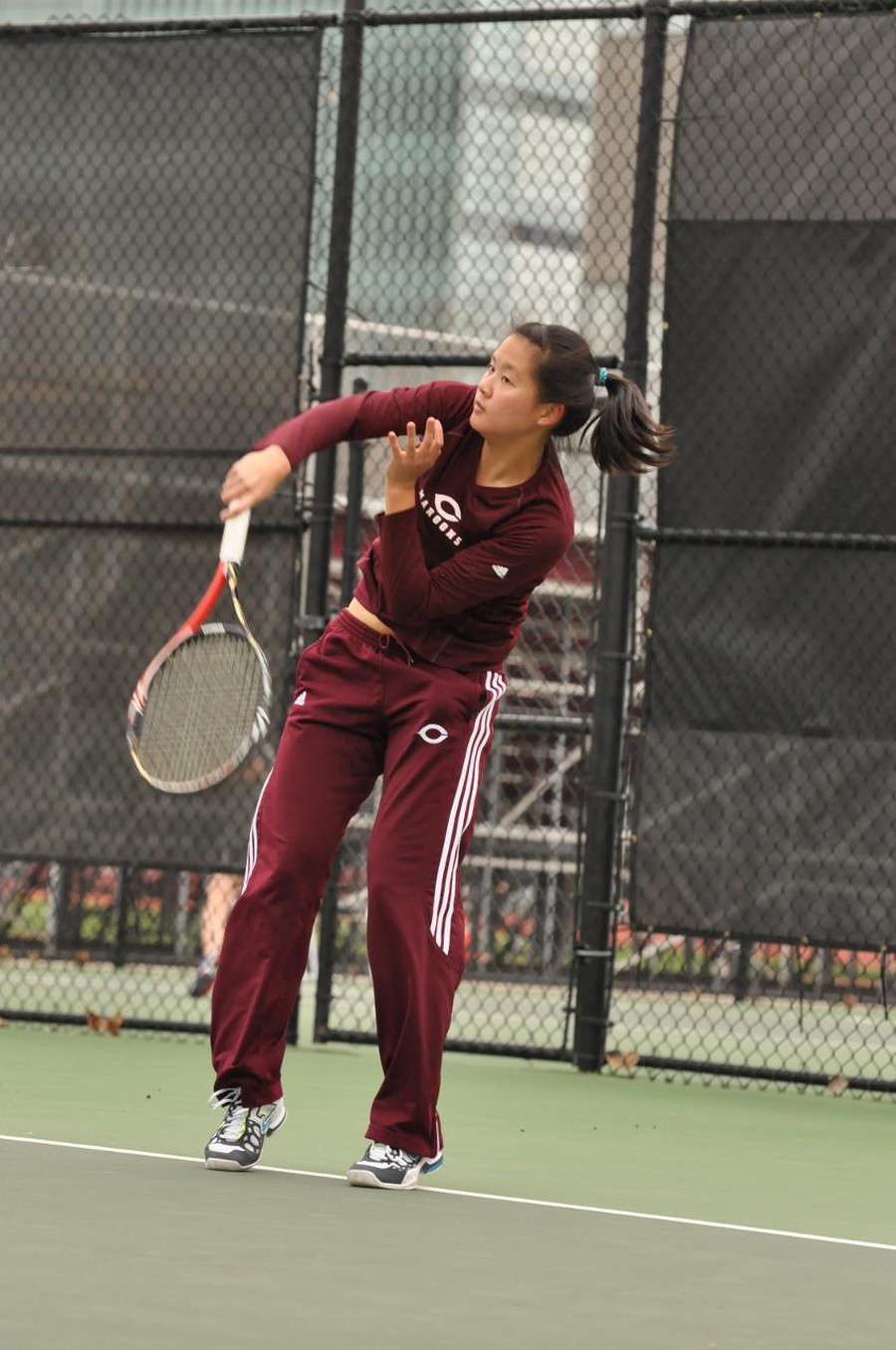 Home is where the heart is.

Third-year Megan Tang and first-year Tiffany Chen performed extremely well today on home turf at the opening day of the NCAA Regional tournament, hosted by the University of Chicago. These two, at the No. 1 doubles team, as well as the rest of the Maroons, certainly came to play in the postseason tournament and showed tremendous heart, resilience, and passion as they faced off with Principia.

The Maroons were able to preserve a high level of competition throughout the day, a specific postseason goal of theirs.

“We are in the mindset of focusing on our game, not our opponents,’ for this tournament,” third-year Kelsey McGillis said. “We do best when we focus on specific combinations, specifically, and no matter how easy the competition may seem, we want to stay focused on doing the right thing every time.”

“Winning doubles is always a rush—it feels great going into singles knowing that your team already has a lead,” Sdvizhkov said. “And doubles sweeps are by far the most rewarding—everybody gets super pumped, and the atmosphere is saturated with excitement and confidence.”

This rush gave the Maroons the edge going into singles matches. This momentum would continue for the South Siders throughout singles play. Chicago only needed to win two singles matches to secure a team victory over Principia. At the regional tournament, once a team wins five matches, the day is over, and it is declared the winner.

Ramaswami was the first of two players to finish a singles match. She pulled out a decisive win over Lena Carlson, 6–0, 6–0. Sdvizhkov followed suit, defeating McMullen, 6–2, 6–3, to secure a Maroon win.

Tang ended her singles match early but was on her way to a win, as she was up 6–0, 5–3. Chen, McGillis, and Lee all had won their first set and were ahead in the second when the matches ended. Chen, the lone Maroon first-year competing, commented on her performance.

“My singles match went well today, though the windy conditions were a bit tough to deal with at times,” Chen said. “For the rest of the weekend, I’m going to work on keeping my focus during matches and making smart decisions when constructing a point.”

The Maroons advance to take on No. 24 Carleton tomorrow at 2 p.m. at home in round two of the regional tournament. Similar to the Maroons, the Knights convincingly defeated Westminster on Thursday, 5–0.

“It’s going to be a tougher match tomorrow, but we are excited to capitalize on home court advantage and end the season on a high note,” McGillis said.