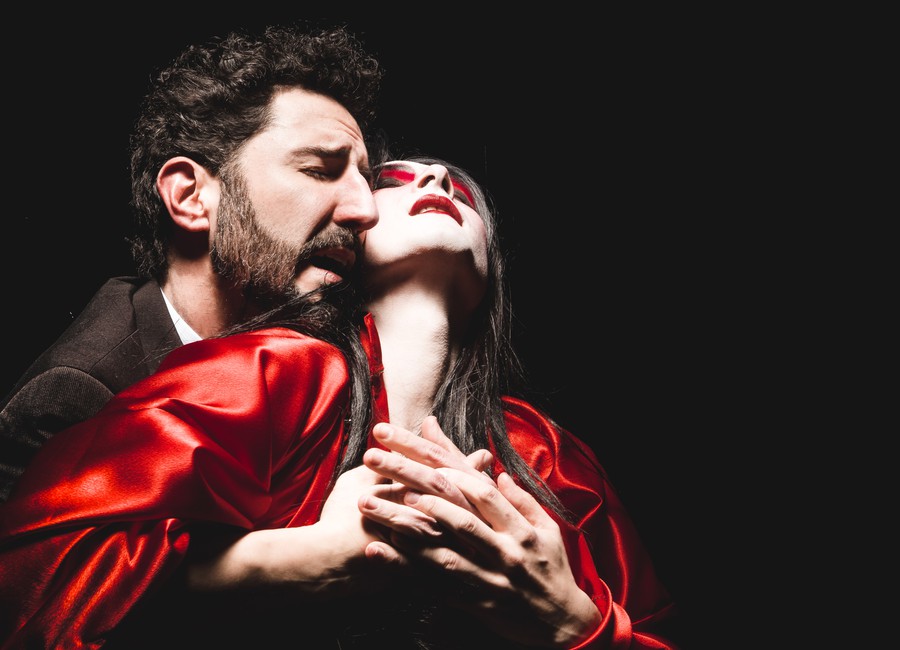 It was dark in the belly of the theater. The air was thick, but it was comfortable: Not too warm and not too cool. It was dusk outside before the show began, and inside a kind of dusk had fallen among the velvet seats of the theater. The stage proper was emphasized by a single fluorescent bulb that hid the upstage but illuminated center downstage. The arrangement was sparse. There sat a lonesome jail cell bed and a ceramic sink whose piping led from the corner of the cell and trickled to a cement slab, a makeshift ceiling, a few feet off the playhouse’s actual ceiling. The setting was uptight and somehow inviting at the same time.

David Henry Hwang’s M. Butterfly, directed by Charles Newell at the Court Theatre, concerns a French diplomat, Rene Gallimard, played by Sean Fortunato, who falls in love with Song Liling, a Chinese opera singer, here Nathaniel Braga. Liling(without spoiling too much)is spying for China’s communist government by way of the Frenchman’s intelligence. So it makes sense in this context when the show opens with Rene Gallimard pacing his jail cell and addressing an audience that, absent the context of the theater, would not exist. Immediately we are struck by the schism between the rambling, deranged storytelling of an acutely alone and conflicted individual and the role he serves as the mechanism for the play’s unfolding. It is this conflict that haunts the work and makes it as affecting as it is (for Gallimard) mentally fabricated. For it is through Gallimard’s present state, his memories, and his dreams that the story takes place, and it is between them that we move, always with Gallimard as our guide.

When Gallimard walks into the light, the extent of his delusional madness is not abundantly clear; the role is immediately casual, and comfortably played. He plays the role as though Gallimard is your good buddy, albeit one who’s too enthusiastic to relate at length the details of last night’s party, and the subsequent rendition reflects the man more than the reality,the product of a mind ceaselessly sifting the contents of certain memories and suddenly gifted with the audience of human company. Fortunato’s performance is consistent and solid from the first moments to the final curtain call, as it must be, because it is around him that the story and its other characters circulate.

If Fortunato’s is a character of solid reliability, then Mark Montgomery, who plays Marc, Gallimard’s childhood friend, is the burning presence that illuminates the production with his very appearance. Marc is a sort of malevolent conscience constantly driving Gallimard toward sex, exuberance, and masculinity. Marc comes blazing into the stage’s lighting to change the atmosphere of the whole place completely, often for no more than a two-minute scene. A bit of brilliance that Montgomery displays, alongside his buoyancy and playful dominance of the stage, is his exemplary French accent that straddles masterfully the fine line between believability and satire. It’s quite a thing to hear his mock French swaggering speech as he comes strolling casually or flying wildly onto center stage from out in left field somewhere in the back wings of the theater. He is a sort of wake-up complement to Gallimard’s often whining ruminations. The two performances by these incredibly talented actors create a magnetic chemistry that not only anchors the production, but who ultimately lifts Charles Newell’s sparse rendition out of dullness and into vibrant life.