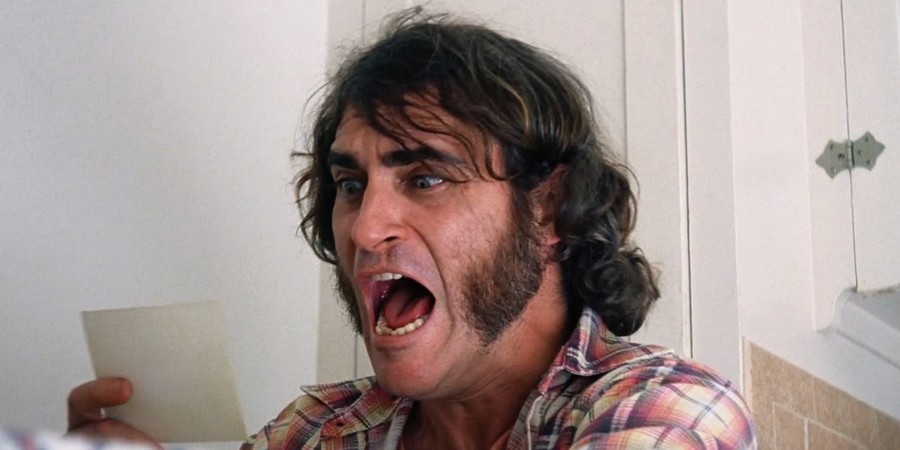 In the shipping industry, the term inherent vice refers to forms of risk that cannot be avoided: glasses breaking, rice spilling, and so on. Unsurprisingly, this definition functions as a broader theme in Paul Thomas Anderson’s Inherent Vice, the very first adaptation of Thomas Pynchon’s novel of the same name. The film explores how the often unjust, drug, sex, and crime-filled world of 1970s Los Angeles has circumstances that cannot be evaded.

The storyline of the film is without a doubt a confusing one, and those viewers who come to the cinema unprepared for what’s to come will struggle to follow the plot line. This is one of those films that stays very true to its original source, which might perplex the average viewer. That said, the movie is definitely worth watching.

To sum it up, the plot of Anderson’s film revolves around Doc Sportello (Joaquin Phoenix), a hippie, pot-smoking private eye, receiving a night visit from ex-girlfriend Shasta (Katherine Waterston) who tells him that there is a plot to capture her billionaire boyfriend. The next day, the disappearance of the aforementioned billionaire as well as of Shasta is announced and Doc sets out to figure out what happened and to help the extraordinarily corrupt LAPD with the case. Multiple plot lines and the psychedelic element of the setting encourage an active role in the viewers.

The film is stylistically striking. Cinematographically—the grainy quality to the image, the result of the use of 35mm film, and the frequent use of superimpositions (when two shots are visible on screen at the same time, as though on top of each other) create an almost dreamlike, psychedelic quality, which pulls the viewer into the marijuana-filled world of the main character. The narration by the hippie character Sortilège (Joanna Newsom), a close and (naturally) pot-smoking friend of Doc’s, often has a near-poetic and spiritual quality. A moment demonstrating this poeticism occurs during Shasta’s night visit to Doc, when she says, “Back when they were together she could go weeks without anything more complicated than a pout. Now she was laying some heavy combination of face ingredients on Doc that he couldn’t read at all.”

Inherent Vice is the second film in the last two years in which Phoenix plays a character whose wardrobe is worth taking note of—the first being Spike Jonze’s Her. Clearly to highlight Doc’s hippie quality, the costume choices are often ironically underlined, such as when he is asked to wear a suit and tie to a meeting with a corrupt lawyer and instead arrives wearing a large Native American necklace, black turtleneck, and a suede jacket. The contrast and symbiosis of the hippie world and of the highly criminal world is an unceasing theme in the film. The most striking example of these two different worlds interacting is portrayed through the absurd and oftentimes confusing, yet highly entertaining, relationship between Doc and the “renaissance cop,” “Bigfoot” Bjornsen (Josh Brolin). Amusingly introduced by the narrator as the “old hippie-hating mad dog” with a “John Wayne walk” and a “little shit-twinkle in his eye that says civil rights violations,” the character of “Bigfoot”—ironically one of the less corrupt members of the LAPD—continuously gives well-meaning Doc a hard time despite needing his help for the progress of the high-profile case.

The acting in the film is stellar. Phoenix delivers Doc Sportello with ease that engages and entertains even the most clueless viewer. Brolin stands out for his unexpected and very well executed comedic performance. Waterston keeps the gaze of any viewer with her muse-like, mysterious quality. Memorable smaller roles include that of Benicio Del Toro as Sauncho Smilax, the maritime lawyer who gets Doc out of trouble with “Bigfoot” and also provides valuable information, as well as Owen Wilson in his portrayal of Coy Harlingen, an ex–Saxophone player regretting a serious life decision. Other prominent actors starring in the film include Eric Robertson as the kidnapped billionaire, Martin Short as the corrupt Dr. Rudy, and Reese Witherspoon as Deputy D.A. Penny Kimball.

Inherent Vice stylistically is unlike any film (or at least unlike any film the author of this review has seen before). If describing a movie as cool was critically acceptable, then Inherent Vice, with its grainy quality, first-rate acting, intriguing plot, and an original soundtrack scored by Radiohead’s Jonny Greenwood, is a very cool movie. It’s definitely worth paying $12 for, but only if you are prepared to stay mentally engaged for 147 minutes.