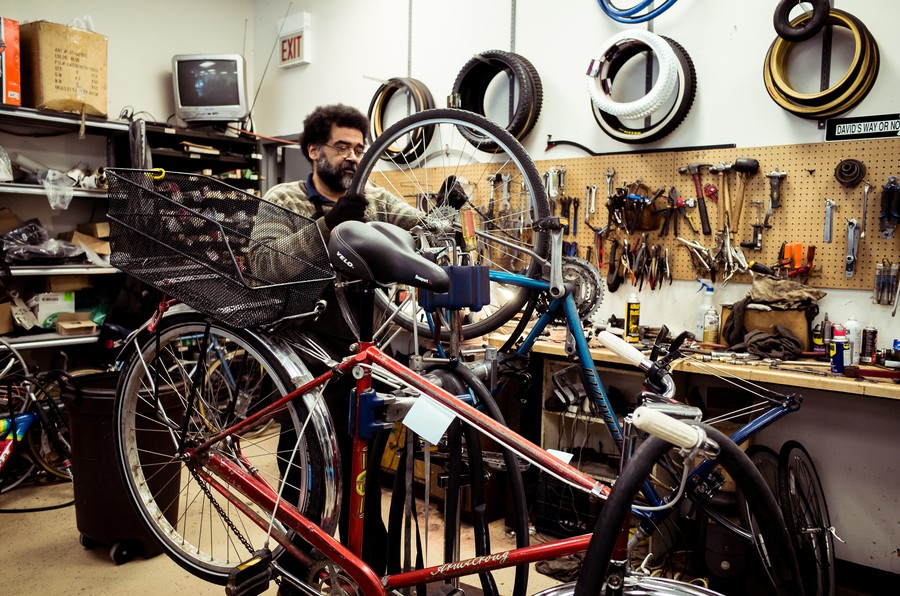 A local bike store has turned to crowdfunding in an effort to avoid going out of business.

DJ’s Bike Doctor, founded by Hyde Park native David Jones in 2009 and located on East 55th Street, is facing the possibility of closing as a result of missed tax payments and low sales over the past few years. Jones is asking for donations from the community through GoFundMe, a crowdfunding website, to prevent closure. At the time of publication, the campaign had raised no money toward its $25,000 goal.

The primary reason for the store’s current troubles is unpaid taxes, which, according to Jones, are the fault of the accountants he hired right after opening his store. “I hired a very bad accountant followed by another bad one and got myself into some tax trouble,” Jones wrote in an e-mail. “I hired two very bad accountants in a row who did not make the tax payments that I thought they were making.”

As soon as Jones realized what was happening, he hired a new accountant who he described as “excellent,” and his store finally began paying taxes. “I didn’t find out for a few years, but now I have a payment plan for both the state and the IRS and have been making regular payments for a couple years now. I’ve been cleaning up and trying to get things straightened out since then,” Jones said.

Despite the fact that the business is on its way to recovery, progress is being made too slowly for the store to stay open unaided, which is compounded by the seasonality of the bike industry in Chicago; during harsh winters, people are less likely to buy bikes or need repairs on bikes they haven’t ridden in months.

“With the bad winters and slow springs we have had the past couple of years I find myself further and further behind; now I find myself asking for help from the community,” Jones wrote in an e-mail. The shop also faces competition from other area bike stores, including Blackstone Bicycle Works on South Blackstone Avenue and East 61st Street and 53rd Street Bicycle Center, as well as Divvy, a bike-sharing system launched in 2013 with more than 10 area locations.

Jones has turned to the community for help to save his store. “I’ve always had a very good relationship with the community,” he said. “I’ve been doing this both here and at Art’s Cycles [a now-defunct local bike shop] for well over 30 years,”  Jones said.

Several other local businesses have turned to crowdfunding in recent years, mainly using the start-up LendSquare to raise funds. LendSquare allows customers to pledge a loan at a set interest rate, which is repaid on a monthly basis over a fixed time period. Businesses that have used LendSquare include Open Produce and Z&H Market Café.

Jones said that he would do “whatever it takes” to thank the community in  in “any way [he] can” for the help.