"MSG can be tasty, particularly at 4 a.m., but Seven Treasures is 'genuinely good,' in the sense that it will not kill you when consumed three times per week." 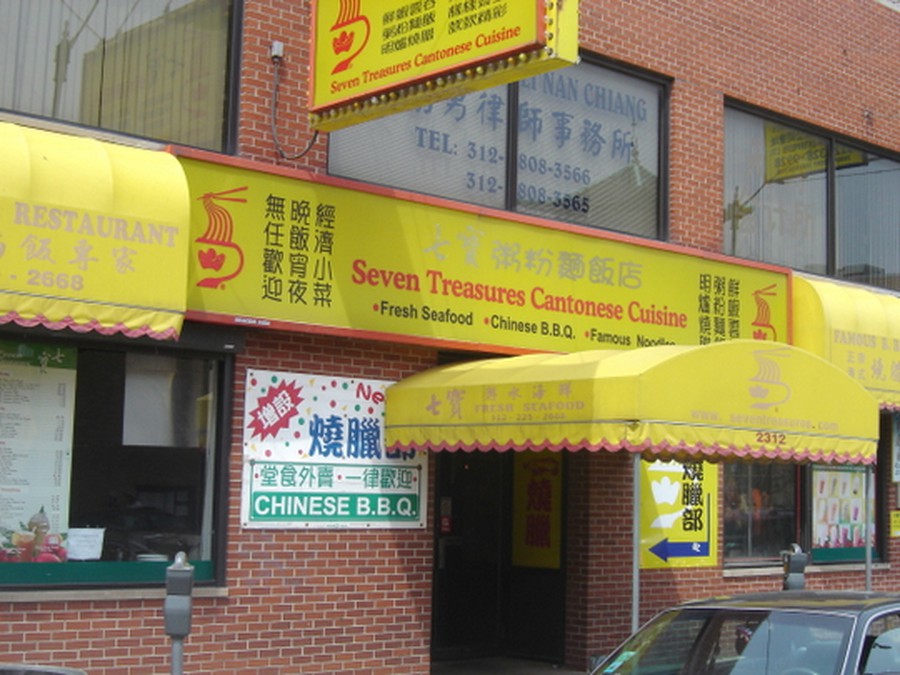 A few weeks ago, I was walking through central London at 2 a.m. It was not a transformative experience. The lyrics to Warren Zevon’s pop ditty "Werewolves of London” were the only thing on my mind at the time. (“I saw a werewolf with a Chinese menu in his hand / Walking through the streets of Soho in the rain / He was looking for a place called Lee Ho Fook’s / Gonna get a big dish of beef chow mein / Aaooooooh!”) In the tell-all I’ll Sleep When I’m Dead: The Dirty Life and Times of Warren Zevon, the author’s ex-wife claims that he and his buddies wrote it in 15 minutes of a drunken stupor. Genius.

It took an in-person visit to confirm that Lee Ho Fook—yes, it existed—closed two months ago. Instead, I paid respects to Zevon’s other classic—“Excitable Boy”—by bartering for a half gallon of yogurt from a grocer a few blocks away. But for the plain purpose of securing good and inexpensive Chinese eats as described in “Werewolves of London,” a winning choice exists a few stops up on the Red Line: Seven Treasures Cantonese Restaurant in Chinatown.

In this category, I like to think that there are two types of food: the perfectly terrible carryout and the genuinely good. “Perfectly terrible” is not an oxymoron; MSG can be tasty, particularly at 4 a.m., but Seven Treasures is “genuinely good,” in the sense that it will not kill you when consumed three times per week.

At this place, the modus operandi is Cantonese classics served in five minutes. Green tea is served upon entrance and refills are free. For the New York doppelgänger, think “Mee Noodle House”. The décor is a sign on a pillar in the center of the room advertising their dinner specials in a Web 1.0 font, plus a faded picture of what management told me was a Cantonese dinner scene from the late 17th century. Two thumbs up.

I ordered three bowls of BBQ pork soup with egg noodles, Chinese broccoli with oyster sauce, and a side of rice. It all clocked in at under $23. More importantly, the soup was in the same vein as one of the noodle bowls at Hutch, but done right: at least ten thick strips of roasted pork in a dark broth with strong notes of duck fat. My objective in ordering the vegetables was to add another food group to the soup, which worked well; the stalks had crunch, and the leaves were correctly wilted. While all were profoundly savory—the broth in particular—I was not thirsty at all. Perhaps a combination of magic and cooking without a lot of MSG?

For those who are into novelties, Seven Treasures also offers boba, smoothies, and “ice milk” drinks for a hell of a lot less than those trendy fusion places.