Students studying econ expect practical knowledge for careers in finance, but get something different 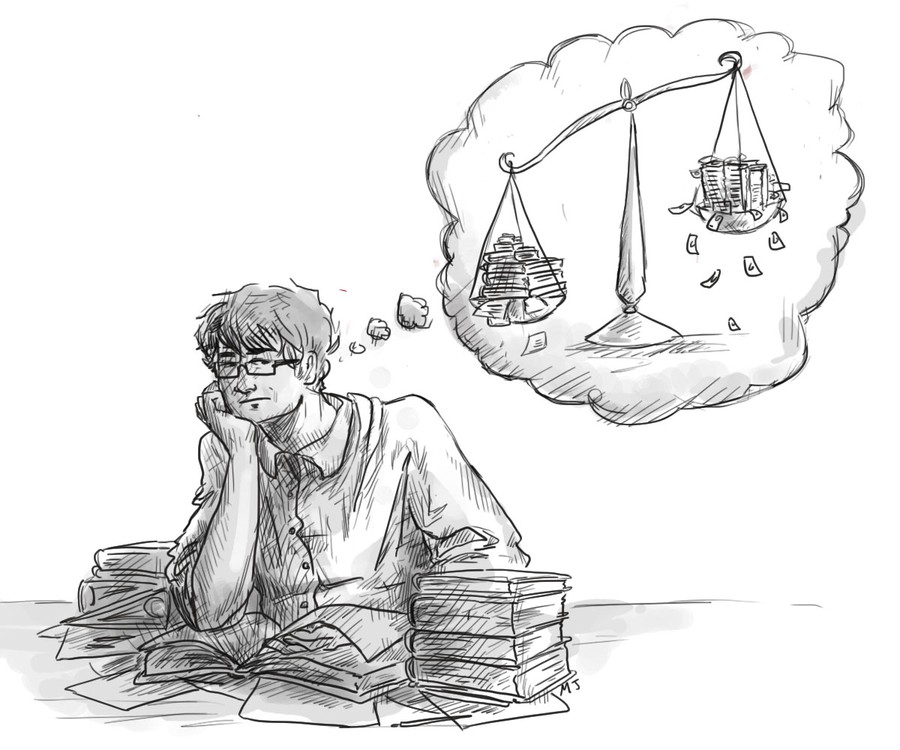 “Yeah, but how can we assume that?” someone asks. “Like, what is the real-world evidence that government debt grows more slowly than the interest rate?”

The professor stops, and stares at the ground for the briefest of moments, either pensive, frustrated, or both, it’s hard to tell.

“Okay, so the thing about economics is, we make assumptions, assumptions like this one. They make the math easier,” he says. “If you look at all of these assumptions and you believe them, you should get a Ph.D in economics. If you don’t, you should go to the job market.”

“The problem for me was, I was already in the Ph.D when I realized that I didn’t believe them. Now I am over 30 years old, and I’m only just about to get out of here. I think I am going to go private sector.”

Some people (myself included) laugh, some simply glance up from their online shopping, and others stare blankly. But almost everybody at least smiles. Because almost all of us are third- or fourth-years, and, at least to some extent, we know how he feels.

A few days later I’m walking out of Earth as a Planet with a teammate, a first-year. This particular first-year has oddly and unnecessarily perfect diction, and places outsize emphasis on seemingly arbitrary syllables, and as we walk he says, “I want to major in astrophysics.” I try to convince him to do that (or to specialize, or interdisciplinary opportune, or whatever—you read the list of majors and tell me). But he says his dad won’t let him—that he has to major in economics because he won’t get a job otherwise. I try to tell him that econ is no more applicable than astrophysics, and that banks and consulting firms really won’t care what his major is, so it might as well be something he’s interested in. The conversation fizzles out, and maybe I’ve made some progress. But he still thinks he’s an econ major.

As a first-year I was also unsure of what I was interested in, and I also settled on econ because it sounded applicable and employable. But now, looking back on my three years (and five weeks) here, I wish I’d made a different choice—that I’d realized that my major wouldn’t impact my job prospects too heavily. More than anything, I wish I’d understood what I’d actually be majoring in. The economics major here is not a real-world-grounded interpretation of economic processes or a thorough exploration of the economic element of current international relations, and, beyond an elementary understanding of R and a propensity for slogging through banality, it doesn’t endow you with any useful job-market skills. Our economics major prepares you to do one thing: be an economist. It prepares you to model and model and model and take so many Lagrangians you’ll forget what lambda is (unless, like me, you never knew in the first place). Perhaps it was rather foolish of me to think that I would be learning anything else, but that doesn’t mean the partial-derivative-taking prowess I have now really excites me.

To be clear, I’m not advocating for the econ major to change. It does what it’s supposed to do: prepare students for careers as economists (this is something I’m assuming, based largely on words from professors and my experience reading actual economic papers, which uses tools similar to what we learn, except not the “Mickey Mouse,” dumbed-down version, as my professor says). That’s not an issue. But it is an issue that when I look around my classrooms, I see few people who actually intend to be economists. Instead, I see a room full of people who just want jobs, who aren’t interested in the model that’s on the board and won’t ever think about it again after the final. I’m one of those people. I’m not really heartbroken by my status as an econ major, and it can be cool to try to explain human behavior with numbers, but I do wish I’d majored in history, or linguistics, or even biology. I’ve talked to other fourth-year econ majors, and some of them wish they’d majored in computer science, physics, statistics, or the humanities, but almost nobody says they’re glad they’re an econ major. I’ve only ever met one person at this school who wanted to get a Ph.D in economics, but that’s what roughly 16 percent of the school is being prepared for. Obviously, it’s not altogether bad or uncommon to do something unrelated to your major when you graduate. But it does seem unfortunate that so many people aren’t really interested in their major, not to mention that people who actually are interested in it have their classes cluttered with people who just want to make bank.

I’m not sure what the solution to this is, or if one is really needed. Maybe the school needs a finance major. Maybe advisers and career advancement just need to get the word out to underclassmen that an econ major does not an investment banker or consultant make—like, at all. Maybe Econ 200 professors just need to tell kids who don’t want to be economists to get out of their classrooms. Perhaps all those things would have some impact, perhaps none of them would. But when something like a tenth of the school isn’t really that interested in their major, I think some sort of action should be taken. Kids who want to major in astrophysics shouldn’t think they have to major in econ instead.