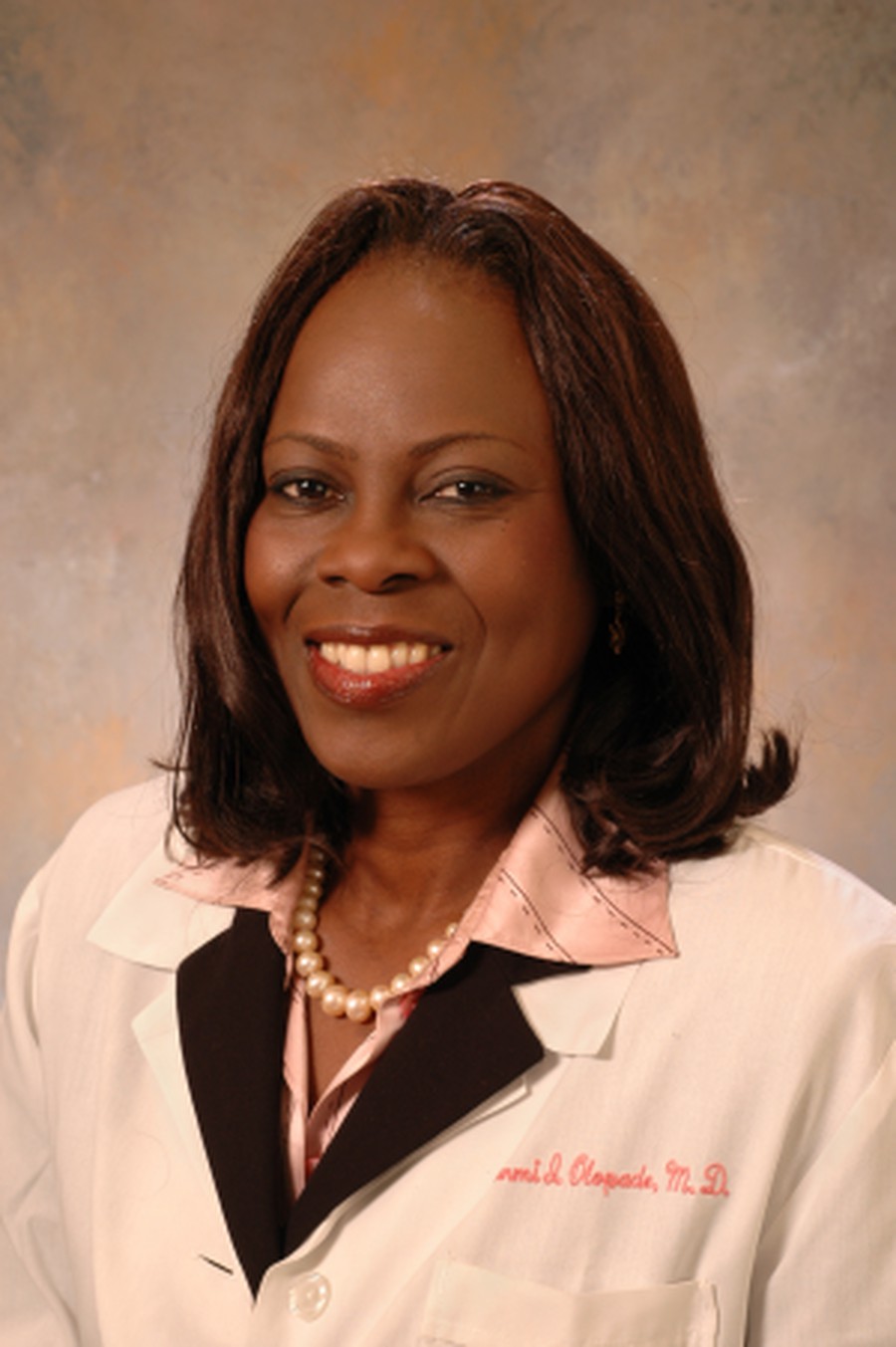 Courtesy of the Biomedical Sciences Division

Last August, Olufunmilayo Olopade’s long list of accolades grew even longer after she was selected as a winner of the FDR Four Freedoms Medal, an award given annually to four recipients who exemplify President Roosevelt’s four essential freedoms outlined in a 1941 speech. Olopade’s award, “Freedom from Want,” was given on the basis of her 18-year long research project linking specific, aggressive forms of breast cancer to women of African descent. *The Maroon* sat down with Olopade to discuss her research.

Olopade is no stranger to academic accolades. Not only is she the Walter L. Palmer Distinguished Service Professor of Medicine and Human Genetics, the Associate Dean of Global Health, and the director of the Center for Clinical Cancer Genetics at the University of Chicago Medical Center, she’s also the recipient of the Doris Duke Distinguished Clinical Scientist and Exceptional Mentor Award, an American Cancer Society clinical research professorship, a MacArthur Foundation "Genius" Fellowship and the Officer of the Order of the Niger Award.

MAROON: Can you tell me about what you found in your research on breast cancer genetics among women of African descent?

OLOPADE: The work has been going on since 1997, when we first started doing work in Nigeria. Genetics is one of those things that is underappreciated in medicine, and so we were looking for families with inherited susceptibility to breast cancer. Because I am a medical oncologist, I see patients in the clinic. Most of what had been in the literature had been about women of European descent, especially Jewish women. In 1997, we published on a series of nine families that we had seen at the University of Chicago in my clinic. They were no different from the Jewish families that had been in the literature. The only difference was that no one had studied them because it’s hard for minority families to get access in this country.

I then made it my life mission to increase the literature on minority families and raise awareness about the fact that research needs to be expanded to all racial and ethnic groups. It was easier for me to further the work by going to Nigeria and recruiting lots of women in my alma mater—my medical school. I think that’s something that’s unique about the work that I did. The more I looked into it, the more I realized how important that work was. Most people associate health disparities to lack of access, but it goes deeper than that.

MAROON: You mentioned that there’s something deeper than just lack of access. Can you expand on that?

OLOPADE: What has been really profound in the work we do is that if you have an understudied population, you’re not really going to be able to solve the problem that they have. It’s just that it’s challenging to study populations when they are not part of the larger biomedical establishment. Until recently, when NIH started funding work in global health settings, most of the work that’s really been done has been to take care of 10% of the world’s population in industrialized, Western populations. Because this country is an immigrant country, there really needs to be a lot more work based on population genetics that can pay attention to the geographic diversity in disease onset, as well as specific diseases that impact particular populations.

MAROON: In the FDR Four Freedoms description of the award, they mention that your work would lead to a lot of clinical changes in the treatment of black women. Could you elaborate on what those clinical changes would be?

OLOPADE: When we started our work, everyone thought breast cancer was one disease, and in low-resource settings, the policy had been: “Well, they don’t have a way to diagnose breast cancer, so if a woman shows up with a lump, just give Tamoxifen and send them back to their village.” We showed that that was the wrong policy because the majority of those women would not respond to that medication. In fact, their suffering will continue.

What will it take to actually have the proper diagnosis and the proper treatment? A lot of policies that are based on what you see in the majority population actually end up being the wrong policies. In this country, black women are more likely to have breast cancer at a younger age, and yet we ask everybody to go get a mammogram at 50. A third of black women will get breast cancer before age 50. The question is: what should be our population strategy for identifying and taking care of those women? So that’s the kind of work that we are trying to shed light onto.

MAROON: As far as your sampling procedures go, I looked briefly at one of your articles online and I noticed you had collected samples from various racial groups like Caucasian, African, Asian. How did you label the race of those samples? Was it self-identified, or did you assign races?

OLOPADE: That’s actually been very interesting. We have a real debate about self-reported race/ethnicity versus using Ancestry Informative Markers (AIM). What we found is that the lived experience of somebody is just as important as their genetic background, and so in as much as we’re interested in gene-environment interactions, we ask the patients what they self-report, and then we also—at least in some of our work—try to use Ancestry Informative Markers. What we find is that there’s actually very good correlation between Ancestry Informative Markers and self-reported race, at least in our cohort of patients that we’ve studied. Part of the reason we went to Nigeria for our study is also to remove the admixture issue, and study a homogenous African population, and see what the gradient is in terms of the differences in breast cancer, age of onset, and breast cancer subtypes.

MAROON: A lot of social scientists, particularly scholars in the anthropology, sociology, and history of science and medicine, have critiqued the use of race in genomic research because they argue that it creates a false biological idea of race.

MAROON: Yeah. They argue it risks ignoring larger social determinants of health. Additionally, a lot of biologists also point to epigenetics as proof of how environment should be taken into account in genetics research. In your work, how do you try to balance the genetic and social components of health?

OLOPADE: We actually just wrote a paper, The Perfect Storm, and this is really looking at how genomics and our healthcare system actually collide.  A medical student went and said, “How many doctors on the South Side of Chicago will accept, or even know where to send, a woman to get a mammogram?” And so there are no doctors on the South Side. So, that woman will have to be sent to go and look for a doctor who can help her diagnose her breast cancer.

Now, you can imagine how long that might take. So even if it wasn’t that the tumor was large at the time it started, by the time you find a doctor, in a rapidly growing tumor, it would be large, and it could be lethal. You also can see what happens when people have some form of deprivation in a low socioeconomic class. They’re going to be more spiritual, they’re going to not want to look for trouble because they are just barely making ends meet. They have to go to work, otherwise they’re not going to get paid. So if you have to go and find a doctor and take time off work, you might not be so happy to go, because you know you’re going to lose wages.

So I think both are right, because the social determinants of health are really, really important, but there are also biological reasons why people might get sick. As a result of that, we cannot but study that. I think if there are population geneticists, or if you are a social scientist, you have to understand that biology happens, and you have to take that into consideration to explain even the social determinants of health. That’s how we’ve tried to integrate that into our work.

MAROON: Great. Finally, looking to the future, what are your plans?

OLOPADE: Right now, everybody really is doing Big Data science, and genomic technologies are getting cheaper and cheaper. One thing that we know we can do is diagnose cancer, and diagnose it accurately by using genomics. We should be able to do that for everybody, no matter where they live.

As a result of the President’s Precision Medicine Initiative, we should be able to find the right drug for the right person at the right time. If we are able to develop such an infrastructure, then I think some of the misdiagnosis, misuse of treatment—because if you give somebody the wrong drug and they don’t get better, they’re not going to trust you the next time—and that’s why there’s been a lot of mistrust about medical enterprise in the black community. That’s real. And that’s really what we should be fighting to change by doing rigorous research and using it to inform policy.