Both the men's and women's swim and dive teams took gold at home to kick off the season. 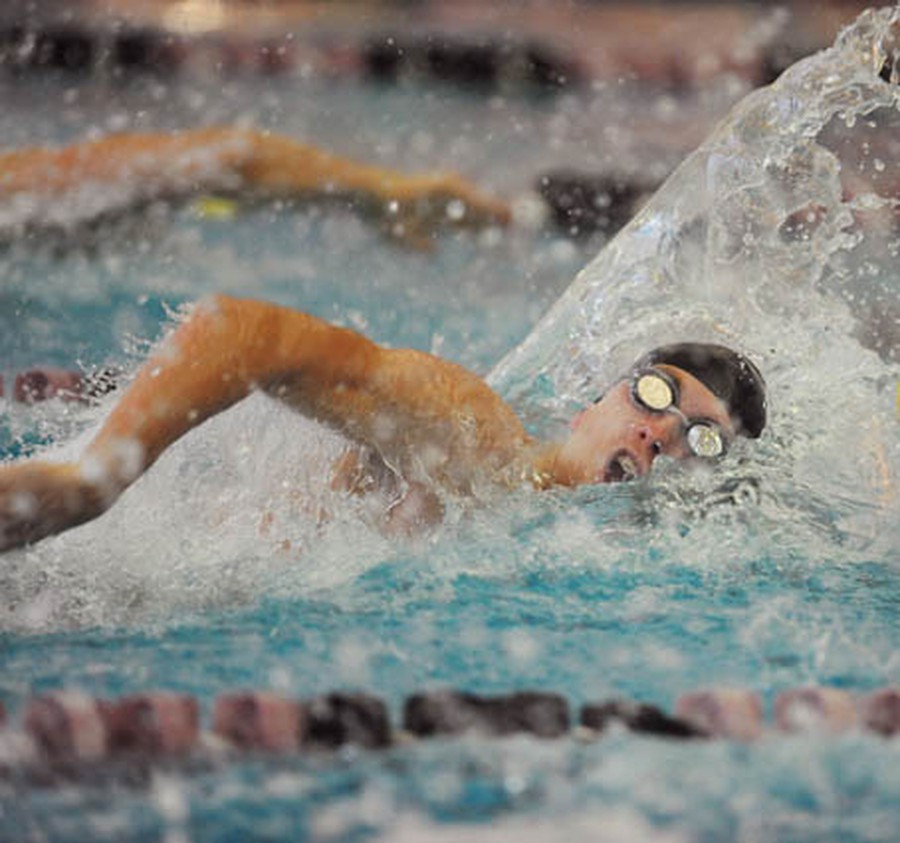 For the past two years, the Phoenix Fall Classic has been a time for the Maroons to showcase the work and improvement the team has developed in the early autumn season, providing a glimpse of what one can expect come late winter when postseason competition is on the line. Amid some of the best teams in the nation, this unveiling of talent takes place in the Myers-McLoraine Pool, a setting Chicago is all too familiar with.

This year proved to be more of the same with both the men and women coming away with dominant first place finishes among a field of eight teams. The women won with a score of 1124, while the men swam away with a score of 1168. The second-placed teams scored 632.5 and 423, respectively. This stands as the third consecutive year that the South Siders have taken home gold in both the women’s and men’s competitions in their home pool.

“Our team started off the season with some great dual meets (it was the best start we have had since I've been here), and I think we were really excited to see how fast we could go with a couple days of rest,” third-year Alison Wall said on the Maroon’s approach to this meet, and they certainly followed through.

Heading into this weekend, the Maroons have been led by breakout performances from rookies. Alexander Farrell, Michael Todd, Cecile Kurman-Browning, Naomy Grand’Pierre, David Farr, Hannah Eastman, Winston Wang, Stephen Park, Darla Wick, Christina Cheng, and Anna Girlich were all first-years with first place finishes under their belts prior to the Phoenix Fall Classic.

This weekend, however, the upperclassmen found their stride, combining with the talented first-years to bring home 31 wins for the Maroon squad.

Over the three-day competition, fourth-year Thomas Meeke, a member of the 400-yard freestyle National Championship team from last year, brought home seven first-place finishes. Meeke also secured NCAA B-cuts in the 100-yard freestyle and 50-yard freestyle, as well as in a handful of relay events.

First-year Keenan Novis spoke to the squad’s preparation when he said, “I would attribute the team’s success to all the hard training that we have put in throughout our 8 weeks. This includes two doubles practices per week.”

Wall had a bit of a different take, saying, “I think the thing that contributed the most to our success this weekend was the amount of support we had for each other.”

The women also had an outstanding match, registering eight individual wins in the pool and a victory in the 3m dive event by first-year Anna Girlich. One area in particular that the women have shone in is the relays: they swam away with the 800-yard freestyle, the 200-yard medley, the 400-yard freestyle, the 200-yard freestyle, and the 400-yard medley. Stand-outs include third-year Maya Scheidl who contributed to four Maroon victories, Wall with her addition of five wins, and first-year Daria Wick, who chipped in another four.

Naturally, the squad is excited about the wins, but more importantly, 16 South Siders made NCAA B-cut times in 23 events, as well as five relay events. Ten women and the 800-yard freestyle relay made the cut, while six men and four of their relay teams achieved times that qualified.

Both Wall and Novis mentioned the goals of the team for the coming year, and they certainly look to be in the cards for the Maroons. “Moving ahead, our goals are to keep working hard and giving 100 percent at practice every day, so hopefully we can swim even faster at UAAs,” Wall said. Novis echoed her sentiments when he said, “our men’s team goal is to beat our second place finish from last year. We look forward to our coming months of training!”

Luckily for Novis, Chicago has a long time until their next meet: they will face Lewis/Olivet Nazarene on January 9 at 1 p.m. The team will have a solid rest and hopefully a relaxing holiday break before they take to their home pool again.