Work begins on largest telescope to date in Chilean desert 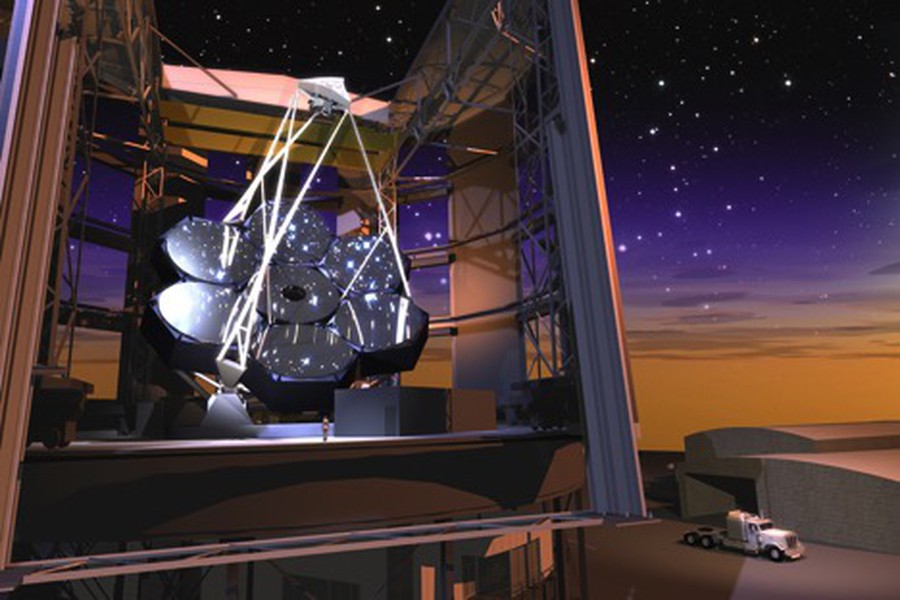 The Giant Magellan Telescope will be located at the Las Campanas Observatory in Chile’s Atacama Desert.

Courtesy of University of Chicago News

Construction on the Giant Magellan Telescope (GMT) in Chile’s Atacama Desert began last Wednesday after site preparation started in 2012. The GMT, a coalition project led by institutions including UChicago, Harvard, and the Korea Astronomy and Space Science Institute, will be the largest telescope to date.

The University of Chicago, one of the project’s 11 international partners, has been involved in the project since its conception in 2010. As such, the University is responsible for helping set research priorities and planning the telescope’s progress. It also has a seat on the GMT Organization’s governing board. Once finished, UChicago will own five percent of the giant telescope. UChicago’s stake in the project will allow it to be on the forefront of innovative research into the nature of the universe, dark energy, and dark matter. The GMT Organization and its partners have committed more than $500 billion to the construction of the telescope.

The telescope is situated in the Las Campanas Observatory in Chile, one of the highest and driest places on earth, giving it optimal viewing conditions for more than 300 nights a year. Once completed in 2021, use of the telescope is expected to commence in 2025. The telescope, with high-resolution imagery 10 times more refined than that of the Hubble Telescope, will provide more information on the planets orbiting distant stars. Astronomers hope to be able to tell how massive those planets are and what they are made of, which will provide insight as they continue to hunt for other life in space.

Made up of a larger and a smaller component, both consisting of seven circular mirrors, the telescope sits within an open box-like structure. The larger mirrors will catch light from the outer edges of the universe, which will first be reflected to the secondary, smaller set, and then to imaging cameras to be processed.