By educating voters, we can effect meaningful change in Congress. 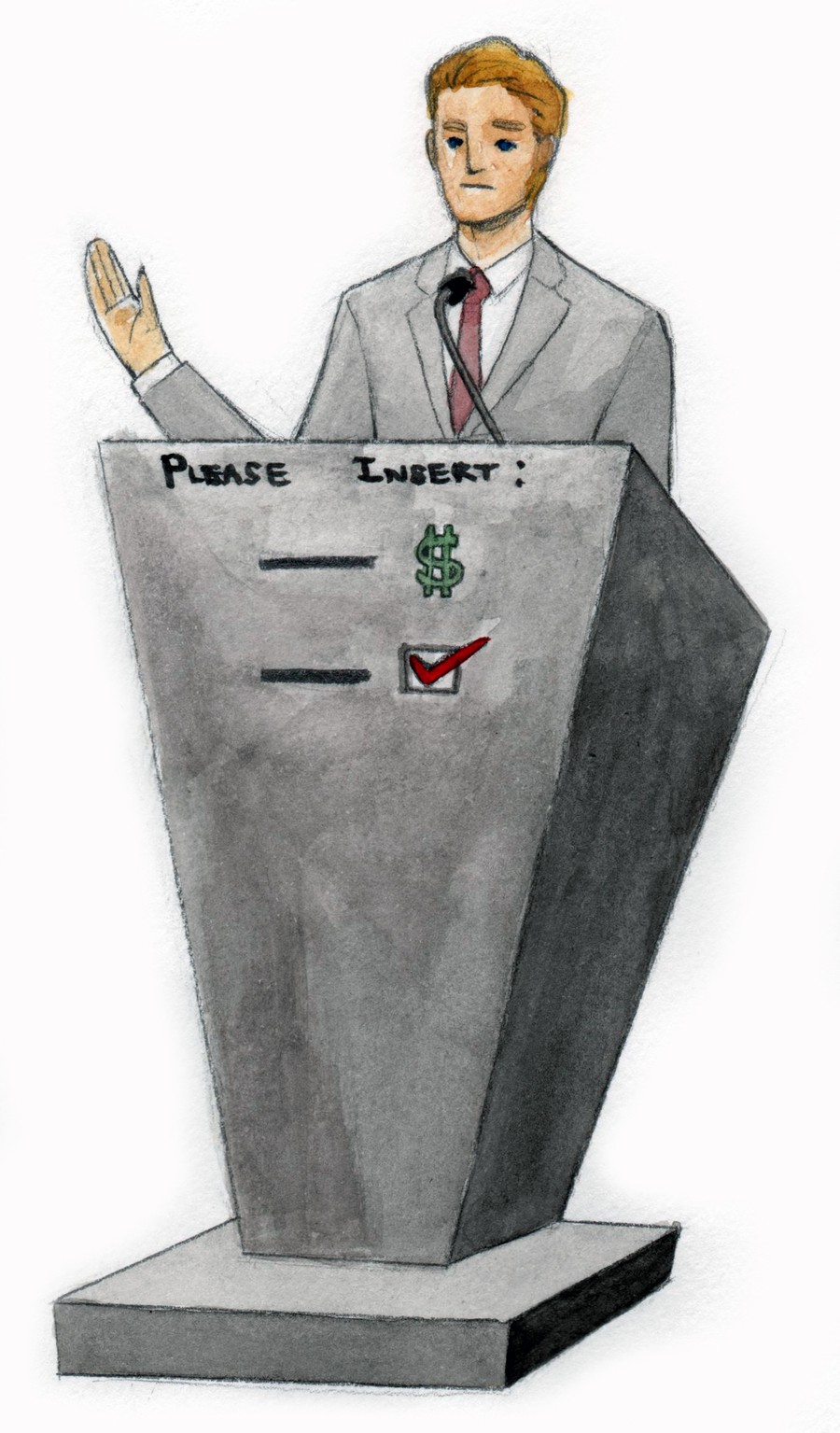 Many Americans view Congress as extremely inefficient. Legislation languishes on the floor for years, without any real progress. Overall, we have a government riddled with gridlock. But why? The answer has to do with a fundamental reality of American democracy.

The primary job of a politician is not to legislate; it is to get reelected. And contrary to popular belief, getting reelected is not about convincing everyone that your policies are earth-shattering or even correct. In fact, getting reelected does not entail convincing voters of much of anything. A 40-year veteran of political campaigns, Dave Fleischer, claims that campaigning is simply about getting people who already agree with you to show up to vote. He told Ira Glass of This American Life, “Conventional wisdom among political practitioners is you don’t talk to the people who are against you… You spend your time and energy talking first to people who completely agree with you to make sure they vote.” Glass notes, “it had never occurred to me that all the billions of dollars spent on politics in this country is mostly making messages that say, you already love this or you already fear that. So here’s how you should vote.”

In other words, campaigns don’t spend money to change your mind; they spend money to get you off the couch on Election Day. This mindset defines the motives of the self-interested politician. So, if an angry mass of factory workers advocates fervently against free trade, for example, politicians choose to appease this special interest in order to secure their votes, instead of advocating for free trade, whatever their true opinion of free trade might be. Politicians are slaves to special interests. They aren’t terribly conniving or purely power hungry, just interested in maintaining their livelihood.

Teachers unions unflaggingly support tenure for educators despite the fact that there has been no conclusive evidence in favor of the hypothesis that tenure improves teacher quality. Tenure has enormous significance for teachers as a whole, but less significance to parents whose kids will have teachers one way or the other. Teachers unions advocate aggressively for tenure, encouraging politicians to support it at a cost to the average constituent. In other words tenure may be the defining factor in the votes of thousands of individuals (teachers), but insignificant to the votes of a large majority of others. The politician is then faced with choosing between appeasing the teachers at a cost to apathetic taxpayers or eliminating tenure to promote competition in the education sector at the cost of thousands of votes. Their choice is obvious.

In his book Naked Economics, economist Charlie Wheelan notes how corn farmers, who support an ethanol tax subsidy which increases demand for corn, have been a key component in Iowa presidential campaigns. Politicians discovered that one of the keys to winning Iowa was supporting this ethanol tax, which has fundamental repercussions for farmers, but negligible repercussions to the 98 percent of people who were footing the bill. If politics were just about the money, the majority of individuals could undoubtedly muster the funds to defeat the three percent of the population that are farmers, but that’s not what happens because the majority of people simply don’t care.

Select groups of farmers or workmen can exert a great deal of force on Capitol Hill primarily because, as Wheelan puts it, “the costs of whatever favors they wrangle out of the system are spread over a large, unorganized segment of the population.”

If a special interest group is willing to donate large sums of money to a political campaign, it may give them a louder voice, but the integral fact is that some people care about the ethanol tax subsidy and others do not; some people care about teacher tenure while others do not. Even if special interest groups couldn’t wield money as a tool, they would have a wide variety of tactics at their disposal to exert influence on politics, and one of these is the threat of withholding their votes.

The issue here is not the fact that there is money in politics, nor that special interest groups exist. The issue is that the larger voice of the public or the general will does not drown out the voices of these select few. Some individuals may think somewhat pompously that they are not part of the pervasive issue in American politics—the perceived lack of progress that takes place in Congress—believing instead that it is those apathetic, uneducated voters that are the problem. But no, it is all of us. It is all of us who are fundamentally self-interested when legislation threatens our status quo, but apathetic when larger events could conspire to improve living standards across the nation by something like a few percentage points over the next decade.

Improving politics is not about convincing people to act in opposition to their best interests. It is instead about educating individuals about what is and is not in their best interests. It is about creating reasonable voters who weigh the issues based upon their pros and cons instead of their ingrained political ideologies. It’s about inspiring politicians to run “on the issues” by subjecting them to a smart, questioning voter base. The public must endeavor to do more to learn about the facts and to spark productive national debates. We have a responsibility as a society to attempt to better educate voters. But, politicians must also assume responsibility as they have the legislative tools to actually solve problems. While the problem may arise from voter ignorance and indifference, it ultimately cannot be solved without action in Washington.