Maroons march to the Steel City to tear into Tartans 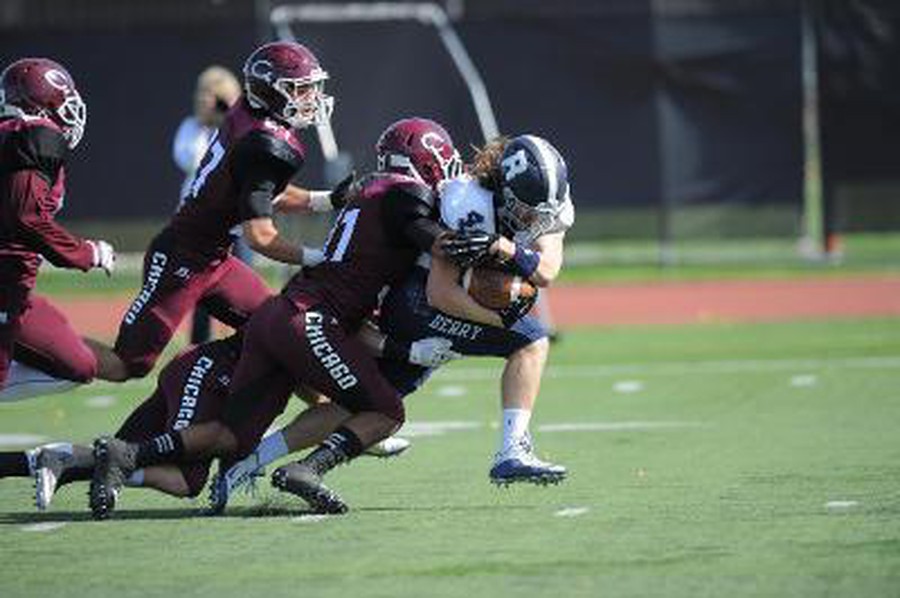 As football season begins to wind down, the Chicago Maroons find themselves hosting their final home game of the year this weekend at Stagg Field. Playing host to the Sewanee Tigers, this Saturday will be Senior Day, as the team’s 14 members of the Class of 2015 will be recognized.

The Maroons will enter the game behind a respectable 5–2 record, coming off their second loss of the season in a nail-biter against Hendrix College last weekend at Homecoming. However, the Tigers will tread in during the midst of a dismal season, having gone 1–6 to date.

When they take the field, the South Siders will be looking to avenge their previous defeat from the last time they faced Sewanee, a heartbreaking 47–0 loss back in 1973. The Tiger’s offense will provide an interesting challenge as well, as the team utilizes three quarterbacks and uses an option-heavy approach to run the ball frequently. “The preparation for Sewanee has been more unique,” noted third-year lineman Eddie Giannina. “They do not run a prototypical college spread offense.”

Meanwhile, Chicago will be looking to third-year quarterback Burke Moser to lead their offense. The play-caller has spearheaded the team’s offense much of the season, throwing 16 touchdowns and averaging 263 yards-per-game. On defense, the Maroons will likely lean on Giannina (seven tackles for a loss) and third-year Jackson Garrey (70 tackles on the year) to help stop the run.

This week’s game will be special for the fourth-years, who have been present for one of the most successful stretches of the football team’s history. “I think the biggest takeaway for us seniors is that ‘we left our jersey in a better place’ as Coach Wilkerson would say,” remarked fourth-year kicker Karol Kurzydłowski. “As freshman we were 4–6, but since then we have managed to finish each year with a winning record and bring home some trophies too. It’s nice to think that our class has put UChicago football back on the national scale, especially with our first ever Top 25 ranking this year.”

The seniors are the last holdovers from the team of coach Dick Maloney, and were key cogs in last year’s 8–1 squad that won the UAA conference title. They’ve all played large roles in the success of this year’s team as well, and will walk away at the end of the year with a record well over .500 during their time here. “We have gone through the highest of highs and lowest of lows together,” observed Kurzydłowski.

The day will undoubtedly be emotional for those involved. “Senior Day is always a special time,” said Giannina. “[The fourth-years] put so much time and effort for four years into a commitment that not many people around the university recognize and all of the sudden they are playing the last football game of their entire lives.”

“I will miss the preparation and pressure that comes with playing,” confided Kurzydłowski. “However, I will miss hanging with the boys the most.”

Kickoff is scheduled for noon on Saturday at Stagg Field.