"Sam Smith was undoubtedly the man of the night, taking home the awards for best new artist, song of the year, record of the year, and best pop vocal album" 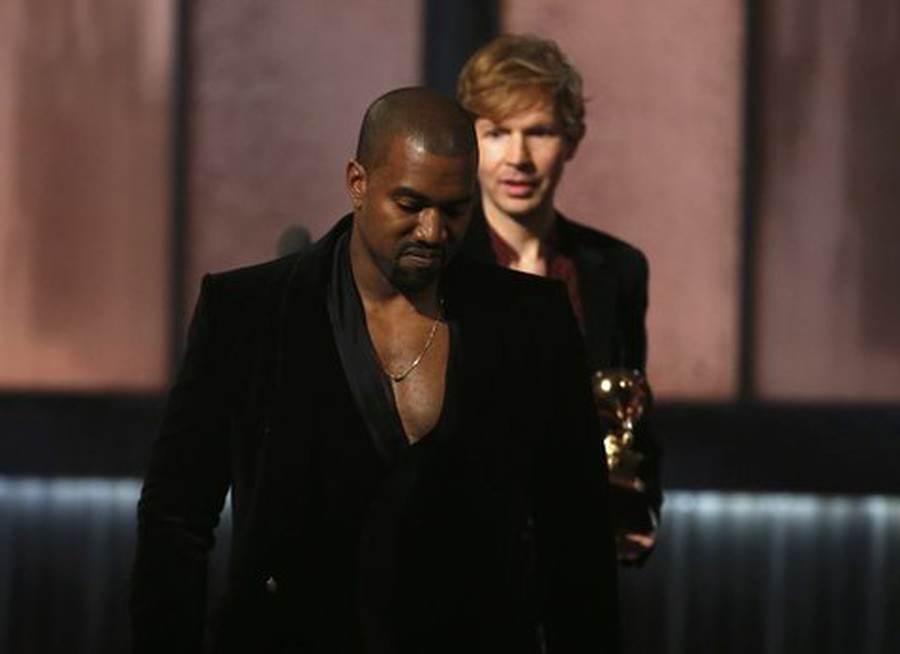 The most important day in the music industry came and went this past Sunday. While the Grammys are superficially about honoring musicians with a gilded figure of a gramophone, they also provide a portrait of the past year in popular culture and of contemporary issues. Featuring 25 performances and countless “Grammy moments” that quickly became Instagram photos, Vines, and Buzzfeed articles, the show is by far the most anticipated musical event of the year.

LL Cool J hosted the awards show for the fourth time in a row. The first musical performance of the night was AC/DC, which started off the ceremony by playing “Rock or Bust” followed by “Highway to Hell,” for which the audience sported light-up devil horns. fifty-nine-year-old Angus Young, in his characteristic schoolboy outfit—complete with shorts and a beret—rocked out to a spectacular performance complete with pyrotechnics.

Along with highlighting the “Black Lives Matter” movement, the ceremony also stressed the importance of ending domestic violence. President Obama appeared in a video that encouraged the audience and musicians to join the “It’s on Us” movement, which was followed by the personal account of a survivor of domestic violence. Katy Perry’s incredible performance of “By The Grace of God” reinforced this message. Perry, her hair slicked back and wearing a caped white gown, performed in front of what originally looked like her shadow but was actually the prerecorded silhouettes of three dancers.

Although social issues at times shared the stage with the performers, the nominees’ music was ultimately the focus of the evening. Sam Smith was undoubtedly the man of the night, taking home the awards for best new artist, song of the year, record of the year, and best pop vocal album for his album In the Lonely Hour. Upon receiving his fourth and final award, he joked about being grateful to the man who broke his heart and inspired his album, since it won him four Grammys. Smith later performed his Grammy-winning song “Stay With Me” with Mary J. Blige, an artist he has long admired.

Smith and Blige were not the only diverse music personalities to collaborate on the Grammy stage. Hozier was joined by the incredible vocals of Annie Lennox to perform both “Take Me to Church” and “I Put a Spell on You.” Although wildly popular in the ’90s, Annie Lennox has been under the radar for a while, but will doubtfully remain there after this striking performance. Kanye West graced the Grammy stage for the first time in six years for a solo performance of “Only One,” a lullaby for his daughter North, and later returned to join Paul McCartney and Rihanna for a performance of “FourFiveSeconds.”

While almost all of the sets were spectacular, the most striking was Sia’s—a fully furnished children’s room alongside an abandoned hallway. Sia’s surrealistic, intricately choreographed performance looked more like a prepared music video than a live show. All the attention was on her two dancers, Kristen Wiig and Maddie Ziegler. While the ever camera-shy Sia was on stage, her back was turned to the audience throughout the whole song.

While the focus of the Grammys are the music and awards, another huge aspect of the show is watching the celebrity audience. Taylor Swift didn’t disappoint with her typical goofy dancing, and Kanye teased the audience by pretending to repeat his 2009 MTV award exploit (when he mounted the stage to proclaim his dissatisfaction with Taylor Swift’s win of best music video). This time, Kanye’s criticism was directed at Beck, who surprised everyone—audience and musicians alike—by winning album of the year for Morning Phase. However, this time he left the stage quickly, and later took a friendly photo with Swift for good measure.

Once again the Grammys provided an evening of music, awards, and celebrity reactions that will keep the world talking for weeks to come. This year’s Grammy awards were all they had to be: spectacular, meaningful, and full of glam.