Axelrod describes himself as Believer 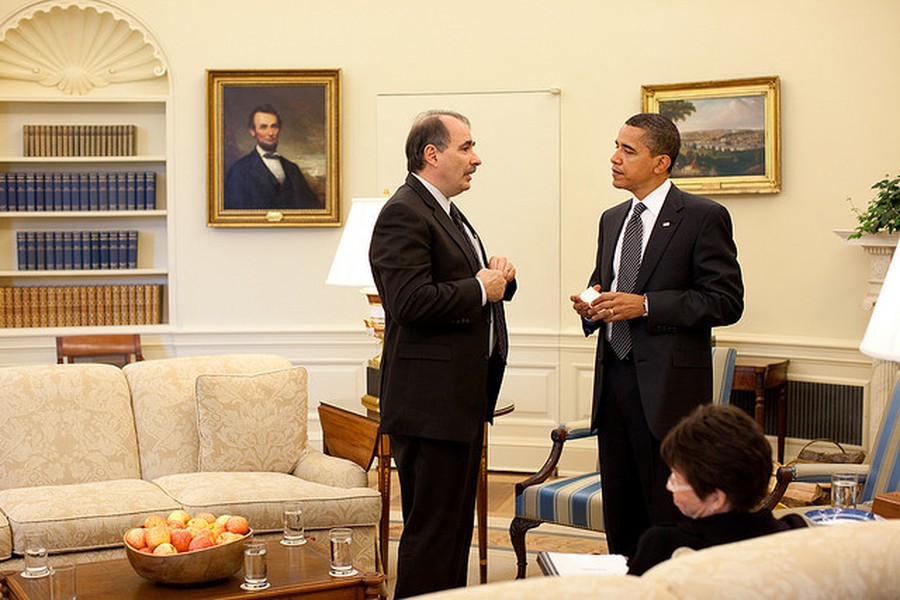 Courtesy of the White House

Since announcing the establishment of the Institute of Politics (IOP) on campus in January 2012, David Axelrod (A.B. ’76) has become a familiar face at the University of Chicago. A former adviser and campaign strategist to President Barack Obama, Axelrod is now the author of the recently published book Believer. He sat down with The Maroon  to share his thoughts on optimism in politics, the state of the IOP, and his hopes for the Obama presidential library.

Chicago Maroon (CM): At nearly every IOP event where you speak, you emphasize the optimism and aspirations that you have for the future of youth in politics. And some might say that in addition to your book, you’re overly optimistic. Do you agree?

David Axelrod (DA): We’ve had ups and downs in our democracy from the very beginning—in times when people were discouraged and in times when people were engaged. But the way I judge the success at the end of the day of our democracy is, are we moving forward? Yes, we haven’t solved some of the institutional problems in Washington that were so much on our minds when we ran in 2008, but solving those problems was a vehicle to solving larger problems—in other words, greater cooperation in Washington was just a means of addressing some of these big generational challenges we face.

CM: How did you not lose your belief in politics throughout your career?

DA: For that reason, I’ve seen the impact that elections can have for good and bad. I always point out that in 2000 the whole presidential election foundered on 527 votes in the state of Florida. If that had gone the other way, history would have been a lot different. There’s different views on whether it was good or bad [but that is] an example where politics made a difference...and simply because people didn’t participate.

CM: So then, what do you say to those who are cynical to politics and politicians in general?

DA: As I talk to young people on this campus, they’re as public-spirited as any group of people I’ve encountered in a really long time. But they’re skeptical of whether politics is an appropriate way to address their concerns. I understand it, because a lot of you guys, you know, you see a problem, your first instinct is to create an app—get on social media and organize that way.

And that has value, that’s important, but there are some things—you can’t repair the infrastructure of America that way. You can’t probably beat climate change that way. There’s certain things you have to do together—and we do that through politics, through government. Congress is going to meet whether you guys avert your eyes or not, and the question is whether you want to leave decisions that are going to impact every inequity you care about to others. So my answer to those who are cynical is to say this is a messy, sometimes frustrating business, but democracy is still the best option and to make it work, you gotta pick up an oar and row.

CM: How confident are you that the University of Chicago will get the Obama presidential library?

DA: I’m hopeful. I don’t have any inside information...but my big interest is seeing the library come to the city of Chicago. It belongs here. Barack Obama is thoroughly a part of the fabric of our city; we claim him, we love him, we’re proud of him. The city is very much a part of him.

CM: Going back to the IOP and how it began, what was your original vision for it, and do you think that’s come through?

DA: I went through a process [in choosing the location for the IOP] and talked to Northwestern, talked to UChicago but really, as I think back, I kind of knew where I wanted to go after my first conversation with [University President] Bob Zimmer. I told Bob I had a very kind of unhappy experience here 40 years ago as a student because I was interested in the world and engagement and politics, and there weren’t a lot of places you could go [with that] as a UChicago student.... He said, “So that’s why we need your IOP.” We’ve been able to do great things. We can always do better.

CM: In an interview with The Maroon in 2012, you said in reference to the IOP, “For me, success will be measured by whether a significant number of students who pass through the program end up, in some form or fashion, in the public arena.” Do you think that’s still true today?

DA: Oh absolutely, and I think that’s happening. You see some of the students who have left who are involved in politics and government and journalism. I look at young people who come through the IOP, and I see people who are going to make a big difference down the line. I’m really proud of that, and I just can’t wait to see what everyone does. Hopefully what we’ve done is open up some doors for them, created not just some avenues of thought of what they could do, but also made it easier for them to do it by introducing them to practitioners, whether it’s in journalism or policy-making or campaigns. I think we’re on track to deliver on that commitment.