NYU, Brandeis stand in the way of UAA crown 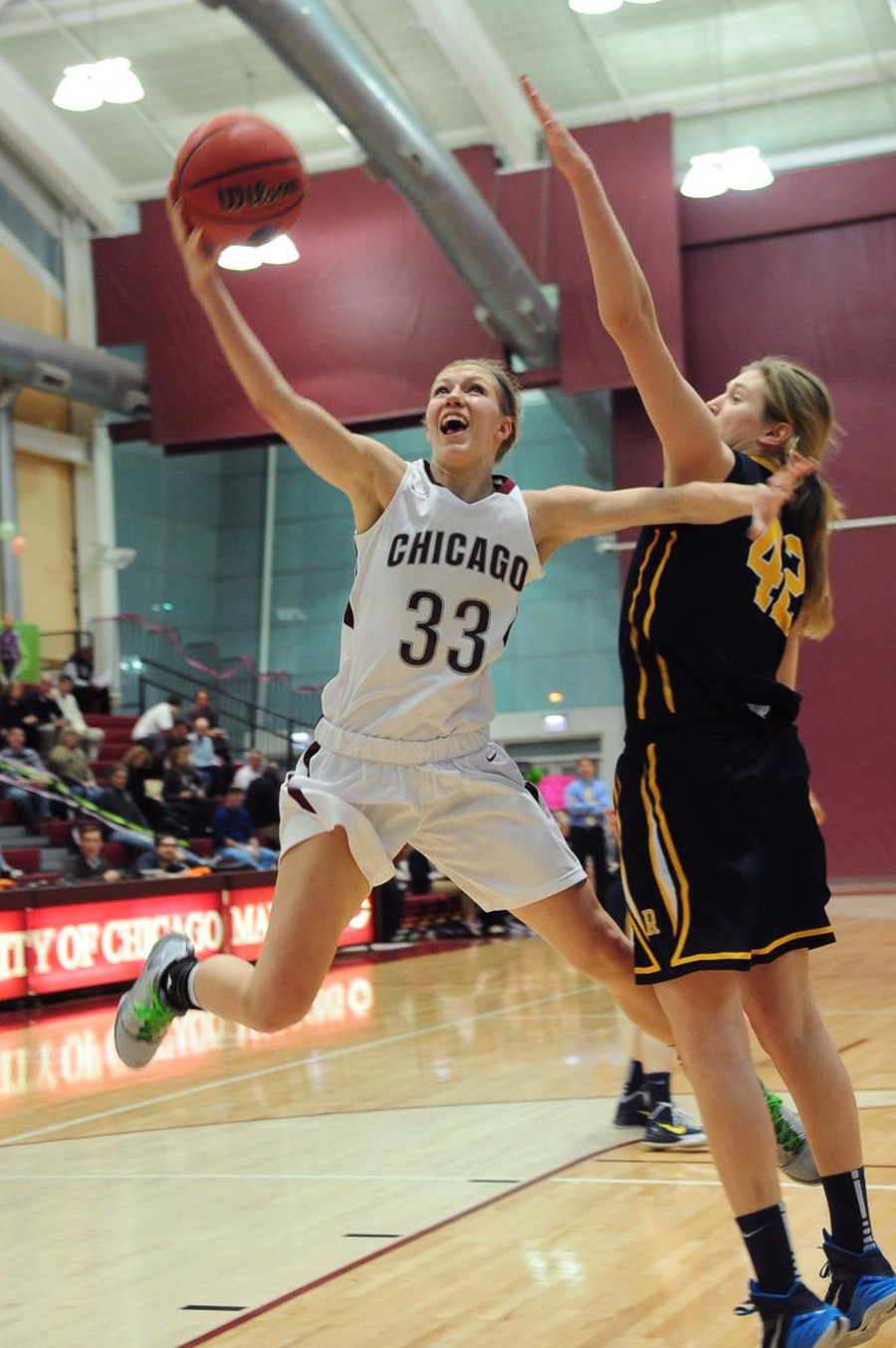 With the playoffs just around the corner and the Maroons contending for an NCAA bid, Chicago is heading into its final home games of the regular season against Brandeis and NYU on Friday with a firm goal in mind and a large chip on its shoulder.

Chicago (16–6, 10–1 UAA) currently riding on a month-long 10-game winning streak will have to face a Violets (20–2, 9–2) team that held on to a perfect season into the month of January.  It was the Maroons, though, who tarnished their charge toward perfection, handing them their first of two losses so far this season. NYU is also one of the three teams left in the UAA with an in-conference record above .500. The Judges (13–9, 5–6) are tied with Rochester, looking on from fourth at what is currently a three-team race for first that includes Wash U (20–2, 9–2) in addition to the Maroons and Violets.

The strategy that has been consistently stated among the Chicago team has been one of taking the conference games one game at a time.  For the most part, this approach has been correlated with success. The Maroons lost only their first game of conference play, which came at the claws of the Bears on January 10.  Once games within the conference begin, they are the only games that are played by the conference members until the conclusion of the regular season (with the exception of one game Carnegie Mellon played against Franciscan on January 27).

When asked about any added pressure the team might be feeling heading into this weekend’s matchups following Wash U’s loss last week and leaving the Maroons in sole possession of the best record in the UAA, fourth-year forward Ali Shaw emphasized the team’s unwavering focus.

“[I]t is exciting to be in first place,” said Shaw on the team’s accomplishments. “But we are not going to let that deter us from our plan to think one game at a time.”

Shaw also credited the team’s success against NYU last month to the indomitable attitude the Maroon squad took into that game.

“Last time we saw NYU we had the mindset that we cannot lose.  We were able to go to their gym and play really well as a team,” said Shaw.

“We had a ton of fun and we were able to execute our game plan well. We will need that same mindset and focus going into this weekend.”

In Chicago’s win against NYU, Shaw was one of five Maroons to score in the double digits scoring 10 points total including two threes.  However, the Violets were not very far behind in incorporating their whole squad in the effort suggesting both teams will need to both rely on the depth of their rosters and strong defensive play in order to claim victory on Sunday.

Shaw echoed the analysis of these observations stressing the importance of both points and noting how imperative they have been so far to the team’s consistent high level of play.

“To be successful this weekend we need to continue to do what has gotten us this far: pressure the ball on defense, rebound on both ends of the floor, and most importantly play as a unit 1–16,” said Shaw.

The Maroons take on Brandeis at 6 p.m. tonight in Ratner and NYU on Sunday at 2 p.m.