The DUFF isn’t much more than fluff, but the message rings true 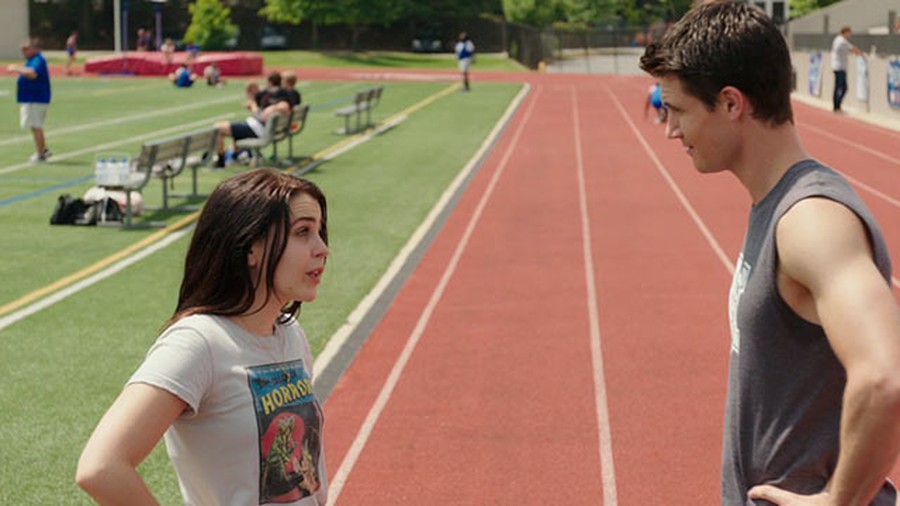 Courtesy of Wonderland Sound and Vision

The DUFF, directed by Ari Sandel, is a movie centered on the character of Bianca (Mae Whitman). Bianca is introduced to the audience as a girl who seems completely invisible but does not seem to mind or notice it—at least at first. Bianca, like the heroine of most coming-of-age chick flicks, is quirky yet goes unnoticed by the vast population of her high school. That is, until her childhood friend/football captain Wes (Robbie Amell) points out the fact that she is the DUFF of her friend group—the Designated Ugly Fat Friend.

If you have never heard this word before today, don’t worry; neither has half of the population. According to Urban Dictionary, this word has been around since 2003. However, a DUFF does not necessarily have to be ugly or fat, according to Wes, but simply more approachable than the DUFF’s other friends. Upon learning this fact Bianca goes on a journey of self discovery and transforms from invisible DUFF to likable hero. Throughout the rest of the movie Bianca splits her time between trying to change her DUFF status and chasing the guy of her dreams, played by Nick Eversman. In the end, though, she learns that none of it really matters, and that it is better to just be herself.

Though it seems as though the movie is trying to pay homage to the ’80s John Hughes classics that started a genre, the movie hints at the fact that social groups constructed by The Breakfast Club are out of date. We are living in a time when “jocks play video games, princesses are on antidepressants, and geeks rule the world.”  It seems as though the movie is echoing more the voice of now-classics like Mean Girls and Clueless.  Bella Thorn, who plays one of the mean girls at Bianca’s high school, cited the Megan Fox horror film Jennifer’s Body as her inspiration for the role. “I feel like the lingo in Jennifer’s Body is exactly how it is in our film. So that was the closest thing.”

Even when compared to modern day coming-of-age or transformation movies, The DUFF still seems to fall short. There is a certain disconnect between the movie’s message and how it is delivered. When the actors were asked about this message, their answers seemed to point toward a movie that broke down stereotypes instead of playing along with them.

“For me, I like the idea of sort of breaking down the need for people to compare, and judge, and keep people down, and keep people in specific boxes,” Whitman said. “I think it’s really, like, limiting for everyone involved, and it’s just not real. And it’s hard when you don’t really have any perspective, especially when you're in school. And everything feels so present and so there, and it really hurts.”

Whitman, although she didn’t have this exact experience in high school, identifies very strongly with Bianca and her story. Despite being a well known actress in critically acclaimed films such as Scott Pilgrim vs. the World and The Perks of Being a Wallflower as well as appearing in the television show Arrested Development, Whitman did not have the easiest time in high school.

“I just really wanted to kind of provide a little bit of perspective because I was bullied in school, too,” Whitman said. “So it was important to me to communicate that, you know, the coolest kids in the world are bullied, just like me. I'm the coolest kid in the world.”

The movie’s message itself should be commended, but the execution left something to be desired. The dialogue tried to mimic current-day youth, but did so in a way that failed to connect with the audience. Every other line was filled with slang and references to social media, some of which were out of date, to the point that it became tiresome. It’s a movie that tries to be hyper-modern without any sympathy for today’s youth. It tries to grasp our obsession with social media, selfies, and even pop culture, but it only seems to make fun of us for it. The movie goes overboard with its references until they are no longer even appreciated by the viewer. Instead the viewer comes to resent the characters for them.

But in the end, it feels a bit unnecessary to look at this movie with too critical an eye. It’s entertaining, and for a high-school fat-friend comedy, that’s all that really matters.