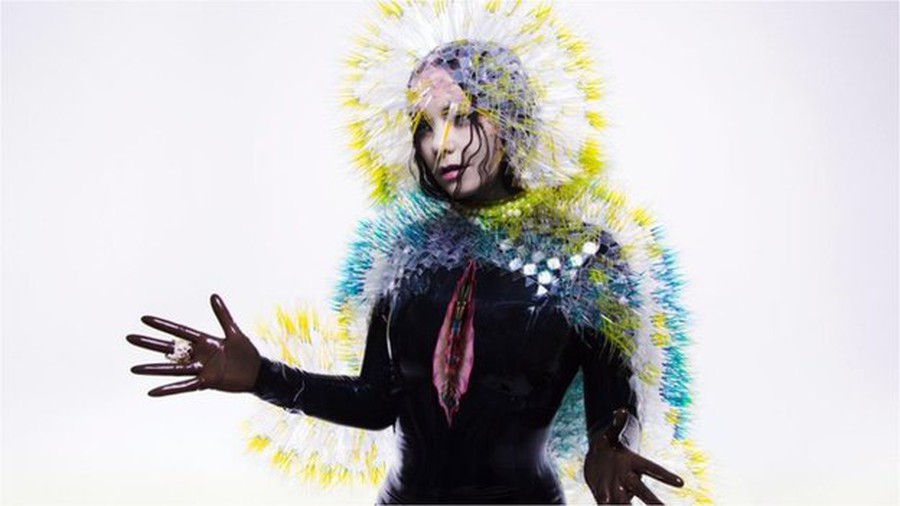 Courtesy of One Little Indian Records

Listening to Björk’s new album Vulnicura is an immersive experience. As her astral voice and dreamy string accompaniment come in, everything else fades to the background. Nothing matters other than Björk and her raw emotional power.

Vulnicura, which means “cure for wounds” in Greek, tracks the Icelandic singer’s life after the end of her relationship with her longtime partner, artist Matthew Barney. Björk is brutally honest about her feelings throughout the experience, both in her lyrics and in the intense emotion invested in her voice. “Don't remove my pain./It is my chance to heal,” she practically screams on “Notget,” one of the standout tracks from the album. The song is frighteningly intense at times; her vocals soar over ominous strings and pulsating bass. For the last half of the song she repeats the phrase, “Love will keep us safe from death,” over and over again as the instrumental builds to a climax before eventually coming back down, seemingly defeated and devastated.

While on previous albums—such as Biophilia, released in 2011— Björk’s music has been primarily concerned with grand, universal concepts, Vulnicura finds her singing primarily about her own personal journey. While her individual experiences are her own, it’s easy to somehow identify with what she is going through. Björk manages to convey great emotional depth through her voice throughout her album, especially in the album highlight “Black Lake.” For the first part of the song, she sings over minimal string accompaniment before a pounding yet inconsistent beat comes in. As the song progresses the beat becomes more constant and increases in volume as well as power. However, Björk never allows the instrumental to overtake her mesmerizing vocals. At every point in the album she is in complete control of everything, and even during the most extreme moments of Vulnicura it is always Björk who is at the center of the track. “You have nothing to give./Your heart is hollow,” she sings as she reaches the emotional peak of “Black Lake,” and simultaneously bares everything. It’s a truly epic song, and although it clocks in at minutes long, it never wears 10 out its welcome.

Other album highlights include the opening track, “Stonemilker,” which features atmospheric symphonic music ambling at its own pace before descending into its heavier second part, and “Atom Dance,” whose spunky pizzicato notes and slightly sunnier soundscape make for a nice break in the action. “Atom Dance” feels like a turning point in the album, and while her lyrics are still about pain and healing, she seems much more hopeful about making a recovery and moving on than in previous songs.

Vulnicura, despite prominently featuring synthesizers and other electronic instruments, feels closer to a symphony of nine movements than anything else. Her slow, clinging vocals and the intense string sections fit beautifully together into a seamless musical experience. The album was co-produced by Arca, who also helped produce recent albums such as Kanye West’s Yeezus and FKA twigs’ LP1. The similarities between the ethereal R&B of LP1 and Vulnicura are noticeable, but never distracting. While there are some shared elements between the production of the two albums, Björk’s sharp delivery and use of the beats to build emotional intensity is entirely her own.

The final track of the album, “Quicksand,” ends mid-chord. After an hour of engrossing material that flowed flawlessly together, suddenly the listener is thrust back out into the real world. Vulnicura leaves a lot to process. However, the lasting impression it leaves is that of devastation, but born from that, great art.