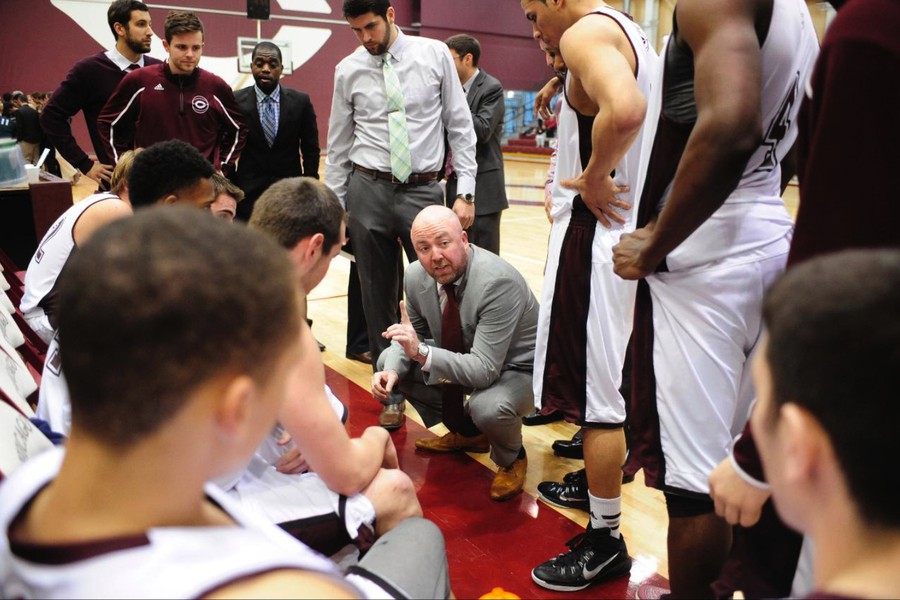 After beating Case Western and Carnegie Mellon in their last home stand, the Maroons will play both teams on the road again this weekend in a pair of rematches.

“It’s always nice to see teams once and then see them right again,” said third-year guard John Steinberg. “You know what’s coming, and you get two weeks to prepare for it.”

The Maroons pulled away early in their previous game against Case, winning 81–72 on the back of 16 offensive rebounds—seven by third-year forward Nate Brooks—and 44 trips to the free-throw line. They also held Case to a 41.3 percent field goal percentage, 5.6 percent below its season average.

“Case has a lot of ball screen action, which we anticipated,” said second-year guard Alex Gustafson. “After seeing how we defended their screens the first time around, they’ll most likely be more prepared. We’ll make some adjustments this week in practice and try to catch them off-guard again.”

The Spartans are coming off an 89–78 win at then-No. 7 Wash U, behind 25 points and seven three-pointers from fourth-year forward Dane McLoughlin, Case’s leading scorer. The Maroons held McLoughlin to five points.

When Chicago plays Carnegie Mellon, the Tartans will be coming off of a home game against Wash U, who blew them out 79–59 in their last encounter. After a win against Brandeis and two close losses against NYU and Rochester, Carnegie has lost its last three games by at least 19 points.

Chicago beat Carnegie 86–65 in their last encounter, scoring a season-high 14 three-pointers. The Tartans had relatively nondescript nights from their stars, second-year Jack Serbin and fourth-year Seth Cordts, who average a respective 17.1 and 16.5 points per game. No other Tartan averages more than six.

“Our scouting report is really just to limit those two guys and the number of touches they get on the ball,” Steinberg said. “We want to make the shots they do take uncomfortable.”

Last weekend’s wins broke a two-game losing streak for the Maroons, who had won five straight before that.

“We had lost our step a bit,” Steinberg said. “And it boiled down to us not running our offense efficiently. So in practice, we focused on moving the ball quickly and setting hard screens, which is the name of our game.”

Although the South Siders are coming off decisive wins against both their opponents, they don’t want to come in overconfident.

“We felt that although we played both games well, neither Case nor Carnegie played up to their full potential,” Gustafson said. “With both these games at their respective gyms and having just been beaten by us, we expect them to come out much stronger this time around.”

The Maroons have six games left in the conference schedule after this weekend. At this point last season, Chicago was 11–8 overall and 4–3 in the UAA; the Maroons won four of their last six games, but missed out on the postseason.

“We’re in a good place right now, where we haven’t been since before I got here,” said Steinberg with regards to the Maroons’ playoff chances. “It’s exciting; our guys have a good mentality. We want to take one game at a time.”

Tip-off at Case will be at 7 p.m. tonight. Chicago will then take on Carnegie at 11 a.m. on Sunday.