Chua, Sabada guide team to pair of victories on the road 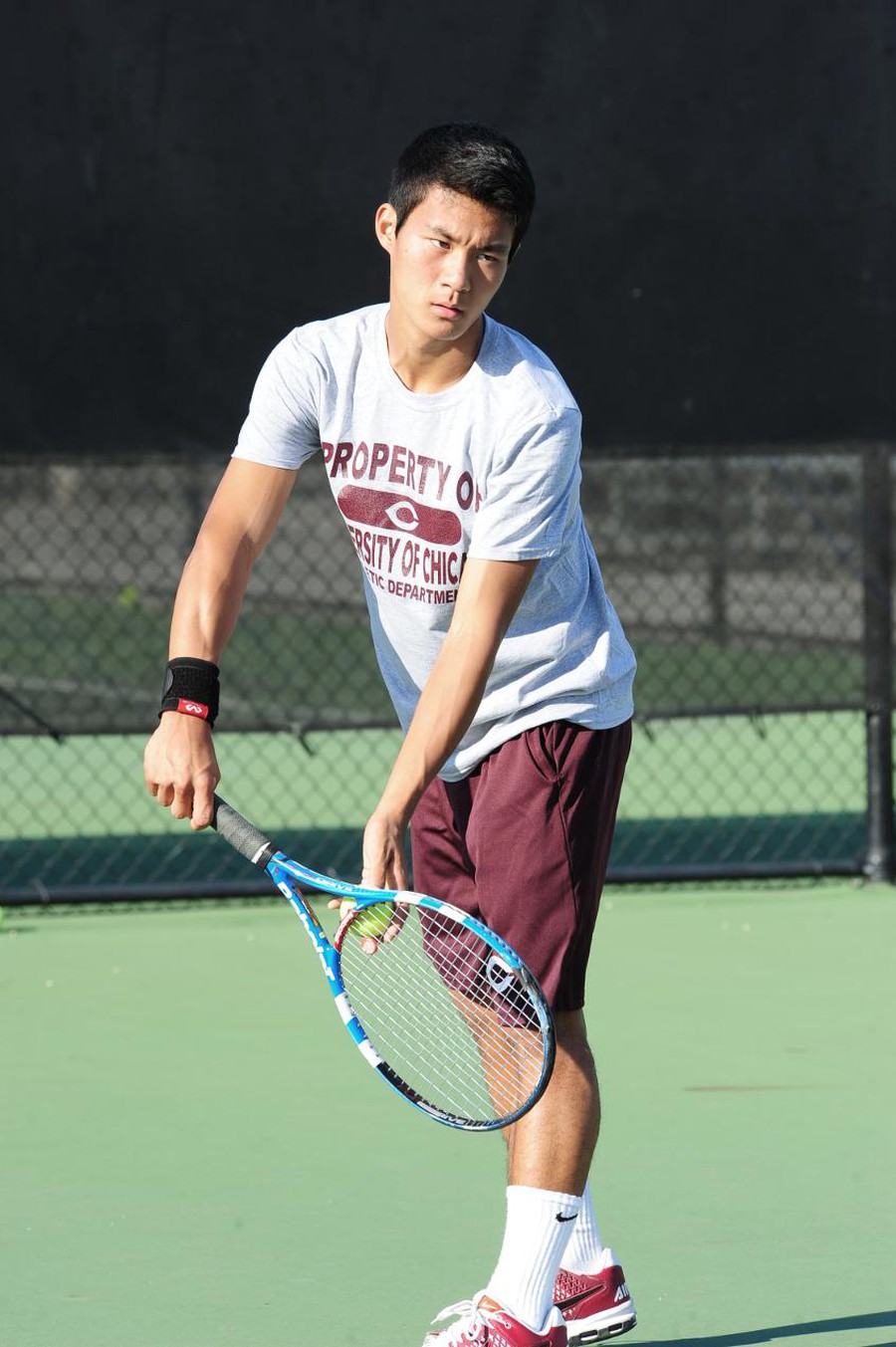 The Maroons had their toughest weekend of the year so far, competing against three top-ranked teams. Despite the high level of competition, No. 17 Chicago was able to come away with two wins, suffering only a slim loss to No. 8 Case Western.

The weekend began with the South Siders facing off against No. 26 Denison. With victories in the singles column from four first-years and fourth-year Deepak Sabada, Chicago came out of singles play with a decisive 5–1 lead.

First-year Nick Chua, at No. 1 singles, is the top ranked singles player in the country. Denison’s Grant Veltman saw this ranking as a challenge. Veltman came out with a vengeance, winning the first set 6–2. Still, the rookie was not deterred. Chua came out in the second set to edge Veltman by a score of 7–5. He then put the nail in the coffin with a 6–1 third set victory to take home the win.

“I was just glad that I was able to find my game a little bit more later in the match and pull out the win. I knew that sometimes matches are about sticking around until your opponent gives you a chance or you play better and I think I did a good job of giving myself that opportunity,” Chua said.

In the doubles column, the duo of Sabada and first-year David Liu, currently ranked fourth in the nation, was shocked by Veltman and Casey Cempre. The No. 1 doubles squad from Denison defeated Chicago 8–4. Chicago came away victorious in No. 2 and 3 doubles competitions to end the day with a 7–2 victory.

The team then traveled to Cleveland to compete against the No. 8 team in the country.

The Maroons again struggled in the No. 1 doubles column but were able to head into singles play with a 2–1 edge as the duo of second-year Max Hawkins and first-year Luke Tsai, as well as fourth-year Ankur Bhargava and Chua, proved victorious.

However, singles play proved too much for Chicago. Case Western earned four singles victories. First-years Peter Leung and Tsai got the only singles victories of the day at No. 3 and No. 5 singles, respectively. Case came away with a slight 5–4 victory on the day.

Even then, the competition was far from over. The very next day Chicago met No. 12 Kenyon. After suffering a tough loss, it would have been easy for the young squad to crumble under the pressure of the long weekend. The team defied the odds and the youth proved withstanding. Chicago upset Kenyon in a decisive fashion, coming away with a 7–2 victory.

“I think the best part about our win over Kenyon was the energy that each and every person brought to our match,” Chua said. “Even though we were all disappointed about the day before, everyone fought hard and remained energetic and confident throughout the match.”

Against Kenyon, the duo of Hawkins and Tsai moved into the No. 1 doubles position and earned their first victory at the top spot, edging out Kenyon 8–6. Chicago would go on to sweep the doubles column.

The meet having already been decided did not stop Chicago from getting better and preparing for the future.

“Even after it was decided, David Liu managed to pull out his best tennis of the day to come back in the third set as well,” Chua said. “I think this bodes well for our future, and we need to continue this type of mental effort if we want to be a national contender this year.”

One particular highlight was Tsai’s performance on the weekend. The rookie was undefeated for the weekend, earning both a singles and doubles victory every day of competition.

After this tough weekend, Chicago will turn around to play Oberlin and Wheaton this Saturday. Matches kick off at 2 p.m.