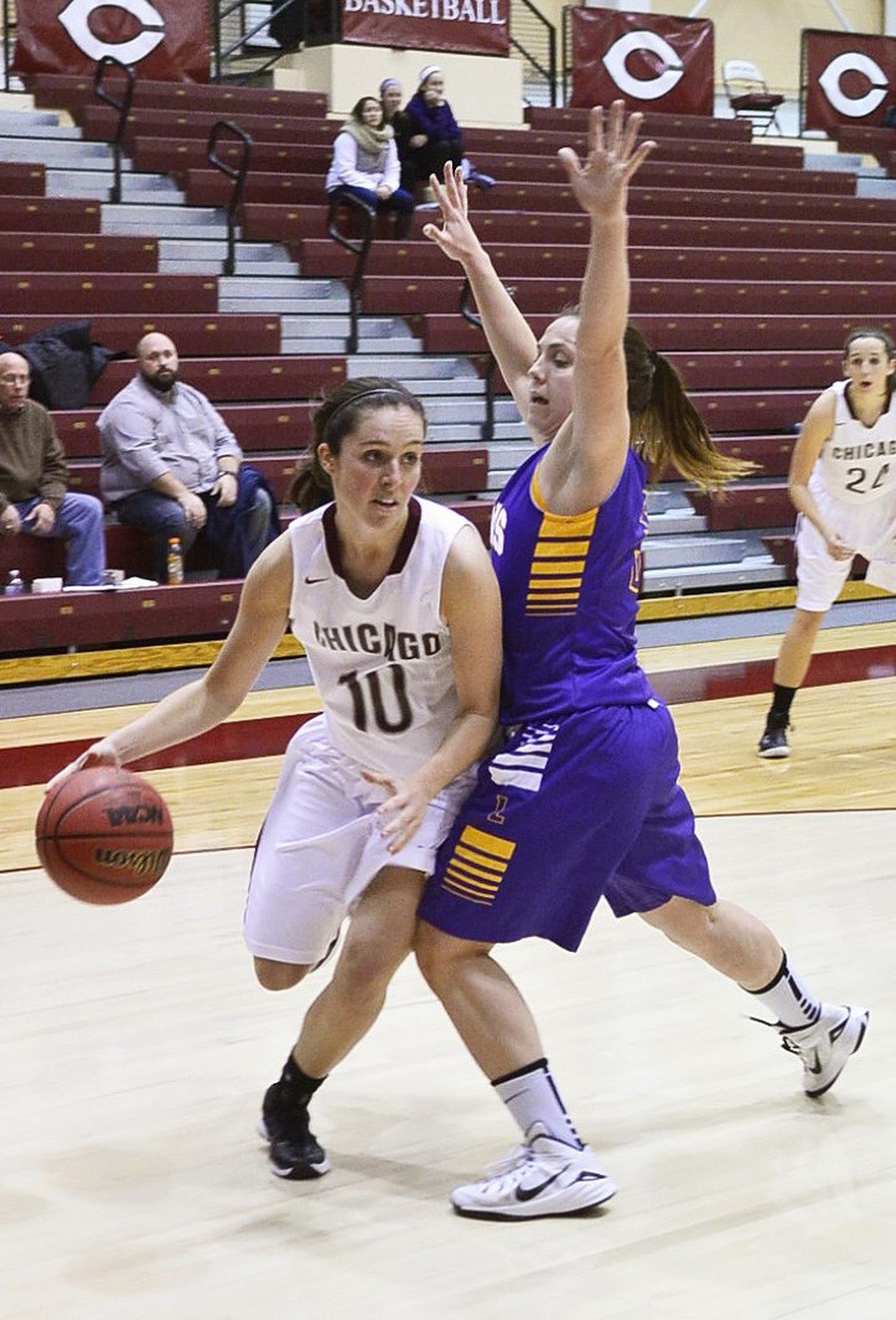 In the first game, the Maroons were quick to draw first blood: third-year guard Caitlin Moore opened the game with an easy lay-in to give Chicago the 2–0 lead.

Chicago’s start would prove to be a theme throughout the rest of the affair: time and again, Chicago found itself under the basket to score easy points. 38 of Chicago’s eventual 63 came in the paint. The Spartans had no answer for the Maroons’ interior work.

Chicago’s stellar start was highlighted by an early 16–2 run. From that point on, Case never came within seven points of its opponent. Chicago was too much on the offensive end.

But the Maroons didn’t just play well on one half of the court: their defense was also stellar throughout the game. It limited the Spartans to just 26 percent shooting in the first half, good for no more than 18 points. Case could do little better the rest of the game, adding just 26 to its meager point total.

In the second game, Chicago was facing an opponent that had given it more trouble than its first. Only one week prior, the Maroons had edged the Tartans by just seven points.

Early on, the game against Carnegie looked like it was going to be another nail-biter. The teams traded baskets for the first 14 minutes of play with Chicago holding a narrow 23–18 advantage.

But the deadlock was broken soon after. Chicago finished the half with a 17–5 run, giving it a commanding lead. From there on out, the game was never in doubt. The Maroons took home a 75–56 victory.

Fourth-year Claire Devaney led the way against the Tartans, scoring 21 points on 18 shots. With an additional 10 rebounds, she finished the game with a double-double.

More importantly, Chicago improved to 8–1 in conference play, maintaining its three-way tie for first place in the UAA. Looking ahead, Chicago will look to replicate its recent performances against Rochester and Emory, two opponents it has already beaten this year.

“Winning has been fun and I think we’re playing well because we’re playing together and executing. That has been what has made this run possible,” Nye said. “This weekend we have to keep doing what we have been doing—executing and just making plays. Also making sure we’re prepared. Of course we want to win UAA and but we really just want to focus on each game one at a time.”

The Maroons face Rochester on Friday at 5 p.m. They take on Emory at 1 p.m. on Sunday. Chicago will be on the road for both games.