No. 9 South Siders are California dreaming 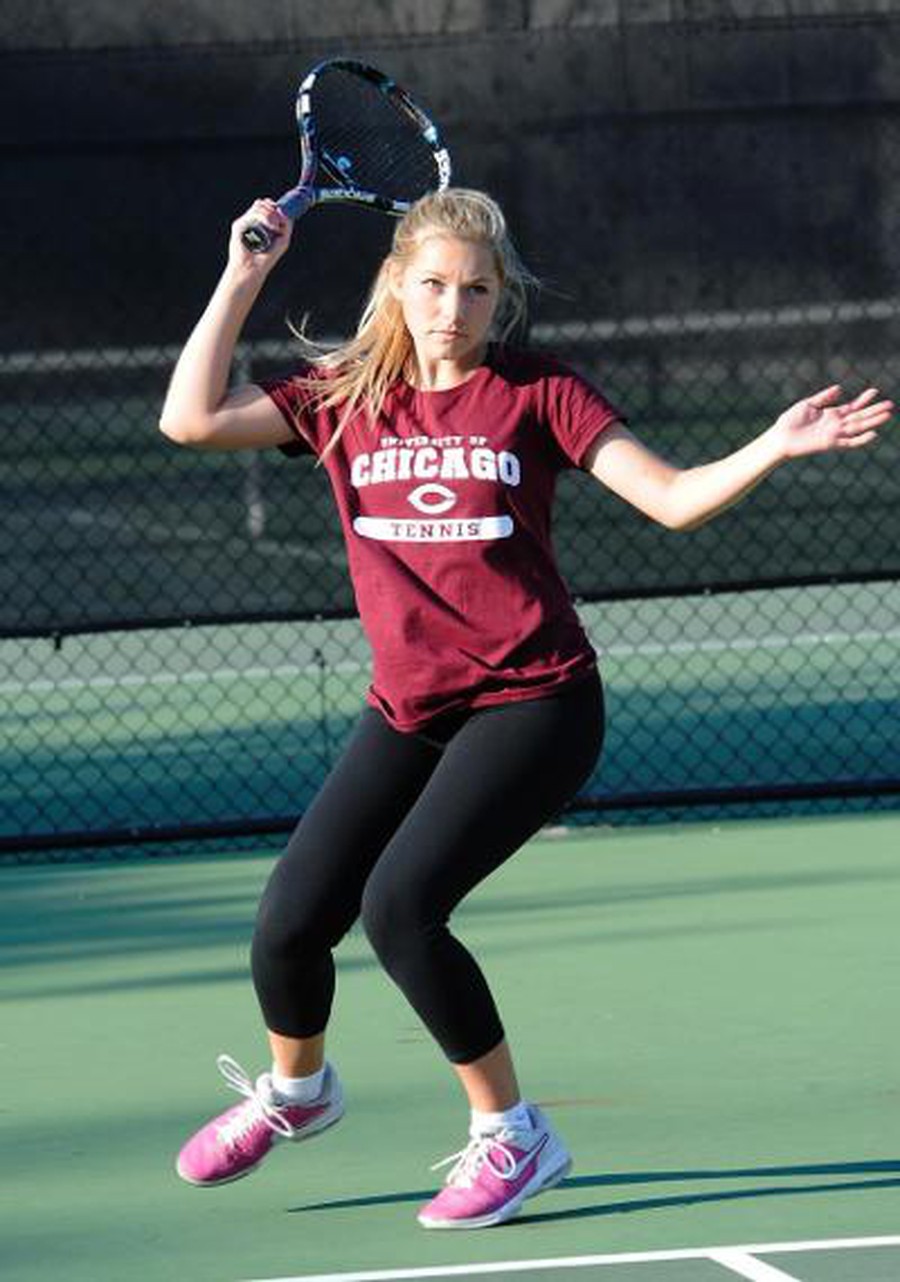 With the long indoor season finally wrapping up, the No. 9 Maroons set out to cap off their climate-controlled portion of the season with a win over No. 17 DePauw. However, victory was not in the cards for the South Siders, as the squad dropped a matchup against the Tigers by a score of 5–4. In the process, the Maroons’ record dropped to 6–4 while the Tigers were able to get back to .500 as they moved to 4–4.

The Maroons had defeated the Tigers one week ago at the ITA Indoor Nationals by a score of 6–3, and wanted to replicate those results. In their previous meeting, the doubles duo of first-year Ariana Iranpour and fourth-year Megan Tang edged out their DePauw competitors by a score of 8–3. Second-year Tiffany Chen and first-year Courtney Warren then earned a victory at No. 2 doubles by the same score. Riding on the momentum of their succesasful doubles matches, both Iranpour and Tang also proved victorious in singles play to pave the way to a decisive win.

“We want to focus on getting an early lead after doubles, because it will give us a lot of confidence and momentum going into singles,” Tang said before the matchup. “And, as usual, we want to remember that we are playing for each other and to cheer on one another after every point.”

With this mindset, the Maroons stepped onto the courts against the Tigers. However, despite knowing that they wanted and needed to dominate the three doubles matches, the Maroons dropped all three doubles matches against the Tigers. While all of the matches were close, and the Maroons put up at least five games in each of the three matches, it was just not enough for the South Siders. The squad found themselves in an early hole by a score of 3–0, with six singles matches left to play.

The Maroons put together an effort that won them four of the six singles matches that followed doubles play. However, these four victories in singles play were not enough to pull ahead. The Maroons dropped the match 5–4.

First-years Ariana Iranpour and Jasmine Lee both took home victories in their singles matches, showing the strength in the youth of the team.

Even with the weather finally heating up in Chicago, the Maroons will escape the hectic Windy City weather in two weeks when they travel to Claremont, CA for a trio of matches.

Specifically, the Maroons will face the trio of No. 16 MIT, No. 8 Pomona-Pitzer, and No. 11 Middlebury when they head to California for their spring break competition.

This string of highly competitive matches is indicative of the strength of schedule the Maroons have pursued. The squad does not face another unranked team until the end of April. They will battle six ranked teams in the coming month, and participate in the highly competitive Midwest Invite. All of this is in anticipation of the UAA Championships in late April. In terms of competitiveness, the UAA Championships are unlike most conference tournaments; five of the eight league schools are ranked in the top 25 in the country.

Chicago will kick off its Californian play against MIT on March 23 at 2 p.m. PST.