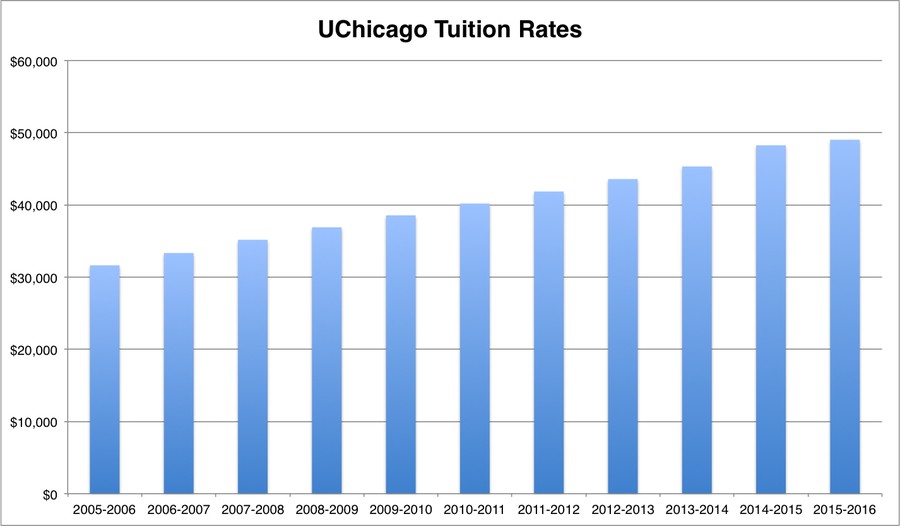 The University recently announced that the financial aid budget is projected to increase by approximately five percent to $117 million for the 2015–16 school year, compared to $110 million for the 2014–15 school year. The announcement came just a few months after the University released information about a new and more comprehensive financial aid initiative, No Barriers, which the additional money will help to fund.

While the financial aid budget is projected to be $117 million, the exact number remains uncertain. “A major factor in projecting the financial aid budget is how much financial need students will have; we won’t know the exact figure until students enroll next fall,” University spokesman Jeremy Manier wrote in an email to The Maroon. The financial aid office estimates that because of the No Barriers initiative, which takes effect next year, and related outreach, there will be an increase in students who qualify for federal Pell Grants and other forms of aid.

Tuition will also increase from $48,253 in the 2014-15 year to $49,026 next year. Tuition has increased by similar percentages over the past several years. However, according to a press release from the University of Chicago news office, the higher cost of tuition will not lead to a significant amount of increased revenue for the school. University projections indicate that revenue from tuition for the 2015–16 school year will only increase by two percent.

According to Manier, increasing financial aid is always a part of the overall University budget planning, and financial aid has been increasing over the past several years. In 2011–12, for example, the budget was $76 million. If the current projections are accurate, by next year the financial aid budget will have increased 54 percent in just four years.

Most of the new funds for financial aid will come from philanthropic donations, especially from the $649 million student support and financial aid allocation of the $4.5 billion University of Chicago Impact and Inquiry fundraising campaign. Thus far, this portion of the campaign has raised $219 million from over 21,000 donors. Citing the $100 million anonymous donation to establish the Odyssey Scholarship program in 2008, Manier noted that large philanthropic donations have always been important to expanding the University financial aid budget.