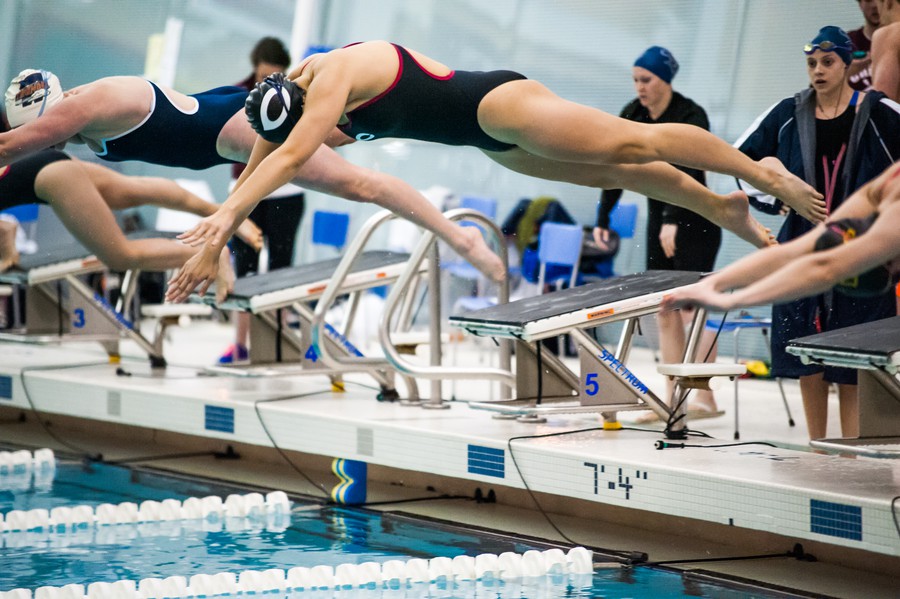 The Maroons excelled at the four-day NCAA DIII Championship in Shenandoah, Texas last week, as the men finished 14th and the women 13th.

Collectively, Chicago placed an impressive 13 individual All-Americans and seven relay All-Americans to conclude a banner year for the squad.

Highlights on the women’s side include the seventh-place finish and All-American status of second-year Alison Wall in the 200-yard backstroke. Wall was also a member of the 13th-place 400-yard freestyle relay squad alongside second-year Maya Scheidl, third-year Jennifer Law, and fourth-year Jennifer Hill.

Swimming and diving may technically be individual sports, but Wall attributes much of the success to Chicago’s team spirit throughout the weekend.

“Having the team around supporting and cheering definitely contributed most to both the team’s success and my personal success. We trained hard the whole season for this meet, so we knew we were ready to swim fast,” Wall said.

Undoubtedly, the meet highlight for the Maroons came in the final event of the competition.  The team of second-year Mantim Lee, third-year Thomas Meek, second-year Jeremy Estes and third-year Matthew Veldman claimed the national title in the 400-yard freestyle relay, and shattered the previous school record in the event.

As the fourth-seeded team at the conclusion of preliminaries, it wasn’t until race time that the group actually realized their chance of winning a national championship.

“Between sessions on the last day we joked about winning the relay,” Meek said. “I don’t think any of us really considered the possibility until during the race. Jeremy Estes even admitted during his portion of the post-race interview that he didn’t think until his leg that winning was possible.”

During the third leg, Estes placed the Maroons in a neck-and-neck position for first, where they stayed. Remarkably, the South Siders tied exactly with The College of New Jersey with times of 2:57:85 to tie for the national title.

“The feeling was definitely euphoric,” Meek said. “I can’t describe how great a feeling it is to win alongside your teammates and greatest friends.”

Seeing that many of the top Maroon swimmers are underclassmen, Chicago has much to look forward to for next year.

“I think I am most looking forward to getting to meet and know the new first-years and seeing what new depth they can bring to the team. With that being said, I will definitely miss all of the seniors next year,” said Wall, who has two more years in the pool.

As Wall mentioned, the fourth-years will be missed, as many of them had great careers in the pool and on the board. Notably, Matthew Staab and Anthony Restaino concluded their illustrious careers as Honorable Mention All-Americans in the three-meter dive, as Staab finished 10th with 494.05 points and Restaino 14th with 462.35 points. On the women’s side, swimmer Jennifer Hill wrapped up her time in the pool by breaking the school record, placing 15th in the 200-yard breaststroke, and earning Honorable Mention All-American honors.

Looking forward to next year, Wall said, “Personally, I would just like to keep getting stronger and continue to drop time in my events. I think it would be cool to break more records, especially relay records.”

With lofty goals and a tremendous pool of returning talent, the future looks bright for Chicago swimming and diving