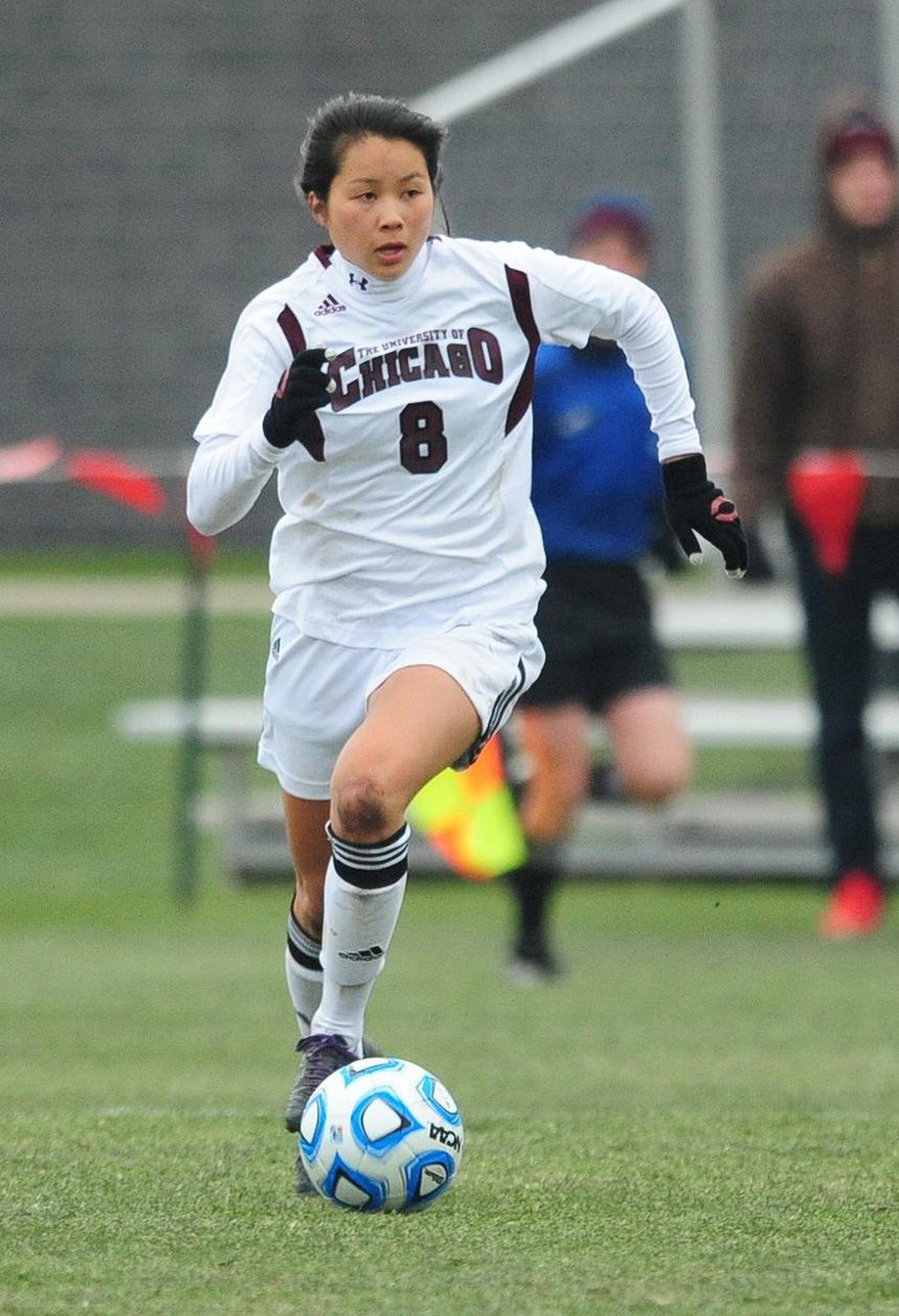 Fourth-year Sara Kwan, affectionately called “Skwan” by her teammates, has been a leader on and off the turf during her time as a Chicago student-athlete.

During her four years, Kwan compiled numerous accolades to become one of the most accomplished soccer players in University of Chicago history. In the record books, she ranks eighth in goals with 24, second in assists with 28, and fifth in points with 76.

In her senior season, she was named a third-team All-American, first-team All-Central Region, and first-year All-UAA. As captain, she led her young squad to a 15–5–1 record and a Sweet 16 appearance this past season.

First-year Whitley Cargile speaks highly of her captaain, saying, “Sara Kwan has always been a role model for the younger girls on the team. Her guidance and leadership on and off the field is invaluable. One day, I hope to have her knowledge of and ability to play the game.”

However, behind every successful college athlete is a lot of hard work and a love for the game. The Irvine, CA native found her passion for soccer at an early age.

“I started playing soccer at three years old,” she said. “My parents put me in community soccer mostly to keep me fit and active. I turned out to be pretty decent at it and was scouted to play on one of the local club teams in Irvine. I played on the same club team from age 10 until I graduated high school.”

Kwan quickly set her sights on continuing her athletic career at the collegiate level.

“I decided [during my second year] that I wanted to play collegiate soccer because I could not imagine my life without it. But I always knew that academics came first. UChicago seemed to have the perfect balance of academics and athletics.”

Having chosen Chicago for its academic prestige, Kwan certainly took full advantage of her time in the classroom and within the Hyde Park community. She made UAA All-Academic team for three consecutive seasons, and was named to the Scholar All-America team by the National Soccer Coaches Association of America in her final season.

As a biology major, Kwan holds two jobs on campus, one working in a lab studying pharmacogenetics and the other in the hospital researching health-care disparities. She is also involved in a Christian club called Christians on Campus.

After graduation, Kwan plans on attending a two-year Bible school in California, and then enrolling in graduate school.

As her time on the South Side comes to a close, Kwan looks back on her years in maroon and white. Surprisingly, her best memory is the double-overtime loss this season in the Sweet 16 to Illinois Wesleyan that brought her career to an abrupt end.

“We were losing 2–0 at halftime and with 15 minutes into the second half we had tied it up. I am just so proud of my team because we kept on fighting until the very last minute. The heart that my team played with and the support from all of those on the bench and the sidelines was unreal. While I still know that we were robbed of making the Final Four, I still feel so lucky to have been a part of this team and this program.”

Having embodied all of the values of a Maroon student-athlete during her four years, Kwan leaves her peers with some final words of advice.

“Take advantage of what this school has to offer; there are so many opportunities. But don’t over-stretch yourself. This school puts a lot of stress on getting jobs and internships and being involved in as many clubs or associations [as] you can. It’s crucial to find the right balance so that you can give your best effort [to] the things you choose to be involved with. Find the things that you care about the most and prioritize those.”