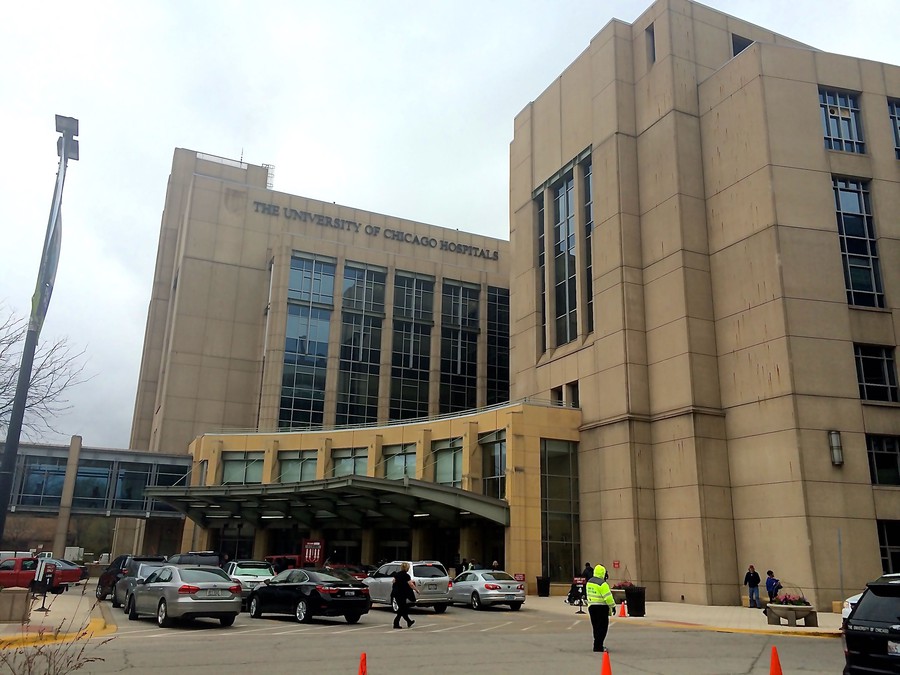 On Friday, nurses employed by the University of Chicago Medical Center (UCMC) and affiliated with National Nurses United (NNU), a national nurses’ union, announced their intention to hold a one-day strike on April 30. The strike, which would affect almost all UCMC nursing staff, comes in the aftermath of the nurses’ vote to authorize a strike in late January. At stake are current and proposed staffing regulations at the UCMC, such as nurse rotation and the elimination of charge nurses, that union representatives characterize as unsafe and indicative of the hospital’s intention to erode the union’s influence in the workplace.

The strike would be the culmination of six months of failed negotiations between the two parties to reach a new agreement after the nurses’ previous contract expired last October. While negotiations between the UCMC and NNU are scheduled to resume on Thursday, neither side has given any indication that it will make any key concessions on these points in order to break the impasse.

According to Jan Rodolfo, the Midwest director of NNU, one sticking point has been the UCMC’s proposal to increase the frequency of nurse rotation, which is a current staffing practice of calling day-shift workers to work nights, or vice versa. She said that NNU seeks to eliminate rotation in any new contract with the UCMC, in order to promote nurse and patient safety.

“Rotating shifts is still an issue. Nurses cannot be at their sharpest if they are working multiple shifts on end. In fact, one of my co-workers, who is a member of the bargaining team [the nine nurses who also made the strike announcement] was rotated. When she drove home, she was so tired that she fell asleep, crashed her car, and then fell asleep again after the accident. At work, this translates into a patient safety issue.” Rodolfo said.

She added that NNU is bargaining to establish nurse-to-patient ratios, which did not exist in the previous contract, as well as to guarantee that NNU-affiliated charge nurses will remain on staff. Charge nurses are responsible for making recommendations to UCMC management as to how many nurses ought to be on staff at a given time, based on patient needs.

“The UCMC is proposing to hire non-union administrators to take on the role that charge nurses perform. This would put staffing decisions in the hands of someone who is more directly responsible to the budget as opposed to patient needs, and who could be fired, without recourse via a union, if they were to speak up [about needing more staff],” Rodolfo said.

The UCMC stands firmly behind its proposals and staffing practices. In an e-mailed statement, University spokesperson Ashley Heher said that the primary issues in the negotiations are the nurses’ demands for increased pay and the hospital’s opinion that nurse-to-patient ratios would decrease the quality of patient care.

“The key issue is NNU’s demand for more money. The average UCMC nurse receives more than $100,000 a year in wages alone. UCMC nurses earn more than virtually all of their peers at other Chicago-area hospitals…. Although NNU was satisfied with UCMC’s staffing commitments under its last contract, NNU has made proposals from its national agenda that call for fixed, inflexible nurse-to-patient ratios,” she said.

She added that the UCMC is an extremely safe working environment under current procedures.

“UCMC’s approach to staffing has contributed to its nationally recognized safety and quality track record. UCMC is one of fewer than 250 U.S. hospitals to be recognized with the prestigious Leapfrog Group’s highest grade for hospital safety all six times the independent group has released these ratings,” she said.

With their negotiating positions entrenched, both the UCMC and the NNU have prepared for a strike. In a Friday e-mail to the University community, Executive Vice President for Medical Affairs Kenneth Polonsky said that the UCMC has hired 1500 temporary nurses to work during the strike, and that the temporary nurses are contracted for five days, because the hospital could not hire them for one day only. He added that the UCMC will act if the strike becomes disruptive.

“We could not count on recruiting enough trained professionals to come to Chicago on short notice to work for only one day...we will intervene [in the strike] if we see disruptive behavior that jeopardizes patient access, safety, or privacy,” Polonsky said.

Rodolfo said that while she thinks that the University could have hired the temporary nurses for one day only, she does not anticipate a violent clash between striking nurses and police.

“The [UCMC] could have hired nurses for one day, but they wanted to maximize the financial impact on the NNU nurses by making them envision five days of lost pay.... I anticipate that the hospital will bar the doors to the hospital so that [NNU] nurses cannot enter, but it will not be a confrontation per se. We’re here to send a message that NNU nurses are ready to negotiate, and we will strike if we have to,” she said.