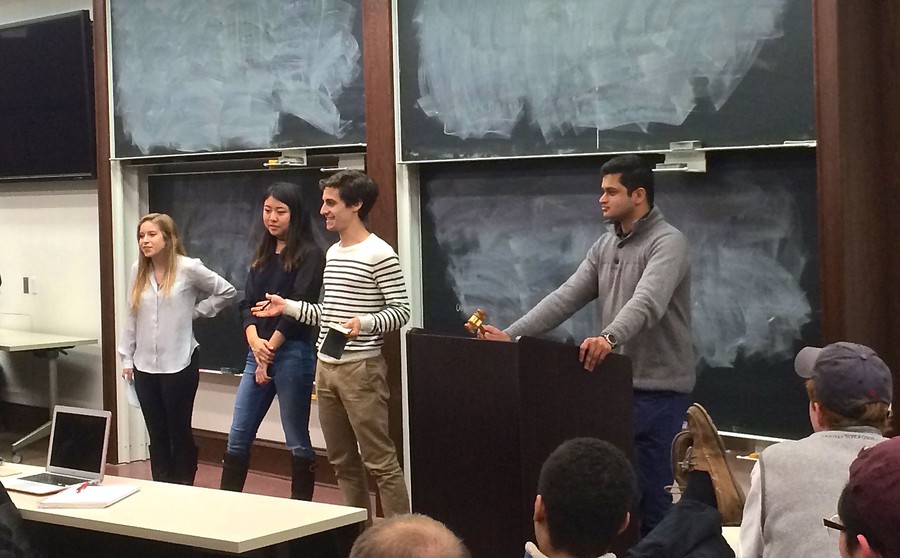 Residents of satellite dorms are protesting changes to housing, following the news that five dorms are closing after the 2015–2016 school year, with the nine houses in those dorms consolidated to eight and moved into Campus North Residence Hall.

Students feel that housing changes will weaken house culture, especially in the case where two houses will be merged into one. “I think there is of course a concern that aspects of our house culture will not be able to survive a move and a name change,” said Aliyah Bixby-Driesen, secretary and Save Our Satellites (SOS) Council representative of Maclean House. SOS is a student organization that aims to preserve the house culture of satellite dorms.

The closure of the satellite dorms along with the move to Campus North is meant to strengthen the Resident Master model while continuing to foster community building within the house system, according to a statement by Karen Warren Coleman, the vice president for campus life and student services. “These signature aspects of the College housing experience have been developed over time with thoughtfulness and student input,” she said.

However, much of students’ anger and disappointment comes from the feeling that students were not consulted about these changes and were given little to no notice. “Despite all of the administration’s claims that they think this is the best thing for the students, they don’t seem to have any idea of what students value,” Bixby-Driesen said.

There is a Campus North Residence Hall and Dining Commons Advisory Committee, comprising 14 students, according to committee member Yi Xuan Song. Song said that they were consulted on furniture and retail space in Campus North, but not house culture or house names.

Affected houses will also have their names “retired” at the end of the 2015–2016 school year, a move which has confused and angered many. “They [College Housing] explicitly said that it was an opportunity to solicit new donors. They’re making no bones about the money grab,” said Mike Dewar, vice president and SOS Council representative of Maclean House, referencing Maclean’s meeting with College Housing representatives.

As a result of these sentiments, students have organized in the Save Our Satellites Facebook group and have also set up a listhost. Their protest strategies include hashtag takeovers, alumni outreach, flyers across campus, and meetings with school administrators.

SOS has also created a council, made of representatives of each house, to establish the official goals and strategies of the movement. They released their formal statement of purpose this morning, and will be holding a town hall–style meeting for the University community on Monday, May 4, according to an e-mailed statement from Dewar.

The SOS Council is separate from the executive council that College Housing plans to create to help make housing decisions—that council will include a student representative from each affected house (nine total) and two Resident Heads. According to Housing’s FAQ, this committee will help plan celebratory events to honor the closing of their houses.

Students from SOS made efforts to disrupt UChicago’s 24 Hour Impact campaign from April 22–23, a period in which student donations would be matched by larger alumni donations. Using the fundraiser’s official #24hourimpact tag, students tweeted about their disappointment with housing rather than encouraging donations. Their impact on actual donations, however, was unclear.

Similarly, SOS students have been using the Alumni Weekend tag, #UChiAW, to voice their displeasure with housing while hoping to attract the attention of alumni. The protest group has since started their own tag, #SOSUChicago, to consolidate their movement.

The administration has drawn additional ire from affected students due to its lack of transparency. Breckinridge House, for example, anticipating their closure, had scheduled a meeting with Dean of the College John Boyer and Warren Coleman. According to Emma MacDuff, a first-year from Breckinridge, the house was told that the meeting would take place before any final decisions regarding housing had been reached.

However, the announcement that the satellite dorms would close came Monday, April 20, a week before the meeting, which was scheduled for April 27.

In the meantime, College Housing administrators Sophia Chaknis and David Clark have met with all nine affected houses to hear student concerns and answer questions.

But according to Bixby-Driesen, the SOS movement is just beginning. “For us the building itself is a big deal; we have quotes painted all over our walls that represent years of history, and we don’t want to see that go away,” Bixby-Driesen said.