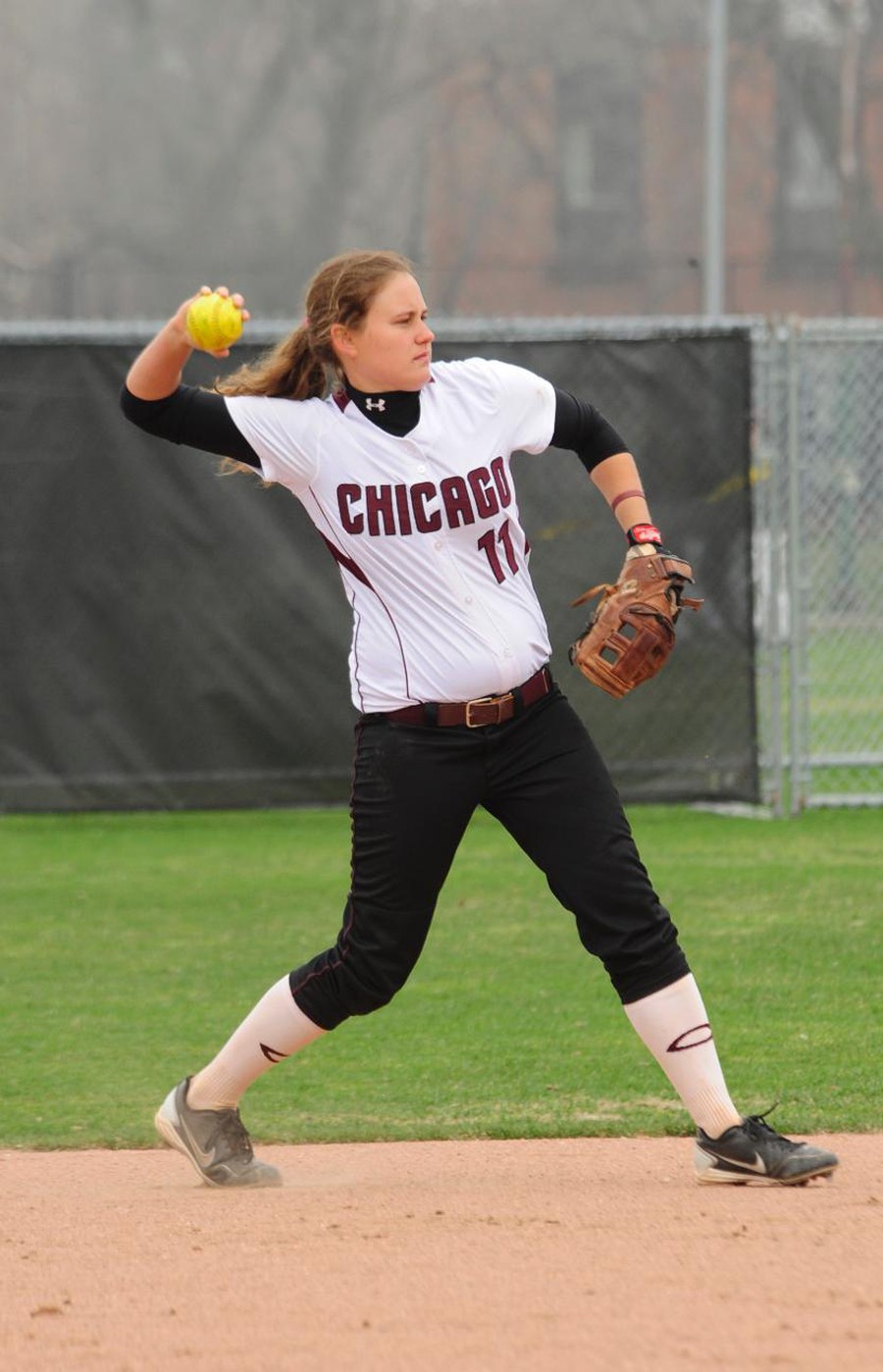 Returning to Hyde Park from this spring break’s 12-game marathon with an 8–4 record, the Maroons had a pair of doubleheaders this past Thursday and Friday to welcome them back. While the Maroons dropped three of their four games during the two days, they showed a great deal of improvement as they garnered their first home victory of the season in the process, and they ultimately finished the weekend with a 9–7 record for the season.

On Thursday, the Maroons traveled to Lake Forest for a pair of games. The Maroons got off to a hot start in the first game as third-year Kathleen Kohm drilled a ball to left field for a one-run single, driving home third-year Devan Parkison in the process. However, this was the only run support the Maroons would be able to muster for first-year starting pitcher Molly Moran. Over the course of the six-inning game, the Lake Forest Foresters went off for nine runs, aided largely by a home run by Lake Forest outfielder Alex Hemmer. After the dust settled on the diamond, the Maroons had fallen by a score of 9–1, but still had a second game in the afternoon to redeem themselves. For the Maroons the second game was as much about getting the win as it was fighting through the adversity that has haunted them in this still budding season.

“Our team has been doing a good job of handling adversity this year as we’ve been faced with multiple injuries and are continuing to welcome new players to our small roster,” second-year Maggie O’Hara said. “We’ve been doing a really good job of battling in every game, out hitting almost every team we’ve played but we’ve fallen just short.”

In the second game of the Lake Forest doubleheader, the Maroons sent third-year Jordan Poole to the mound. While Poole gave up an early two-run home run, she was able to shut down the Foresters during the rest game, not allowing another run for the rest of the six-inning game. Meanwhile, the Maroons made some noise of their own as O’Hara stole second in the third inning, and was later brought home via a single by Parkison. However, while O’Hara, Kohm, and Parkison were all able to get two hits on the day, the Maroons were never able to score another run, and they ultimately fell to the Foresters by a score of 2–1, dropping their record to 8–6 in the process.

While the Maroons may have dropped a pair of games on Friday, they were hungry for a win heading into their home opener on Thursday against the Lawrence University Vikings. In the first game, the Maroons sent Poole to the mound once again, and she certainly put on another impressive performance as she struck out five Vikings over the course of the afternoon. On the offensive side, the Maroons were able to scramble together a couple of rallies as O’Hara drove home a pair of runs, and fourth-year Tabbetha Bohac contributed a home run in the fourth inning. In total, the Maroons scored five runs, which was good enough to best the Vikings, and the Maroons took the game by a score of 5–4, improving their record to 9–6.

In the second game, the Maroons had Moran on the mound, who replicated Poole’s success with five strikeouts of her own. However, despite a strong outing from Moran, the Maroons were not able to get the offense going. Their two runs were not enough to top the six-run outpour from the Vikings. In the end, the Maroons split the double-header with the Vikings but still had some positives to take away from their four games.

Coming off of their long series of games from last week, the Maroons had little time for rest as they played a second pair of games last night at Hope College. The Maroons dropped both games, the first by a score of 5–3 and the second by a score of 11–3. With their record now standing at 9–9, the Maroons will look to improve to the right side of .500 when they play host to Illinois Wesleyan this Thursday in a double header beginning at 3:30 p.m.