Down in the dumps

Solving the puzzle of sadness. 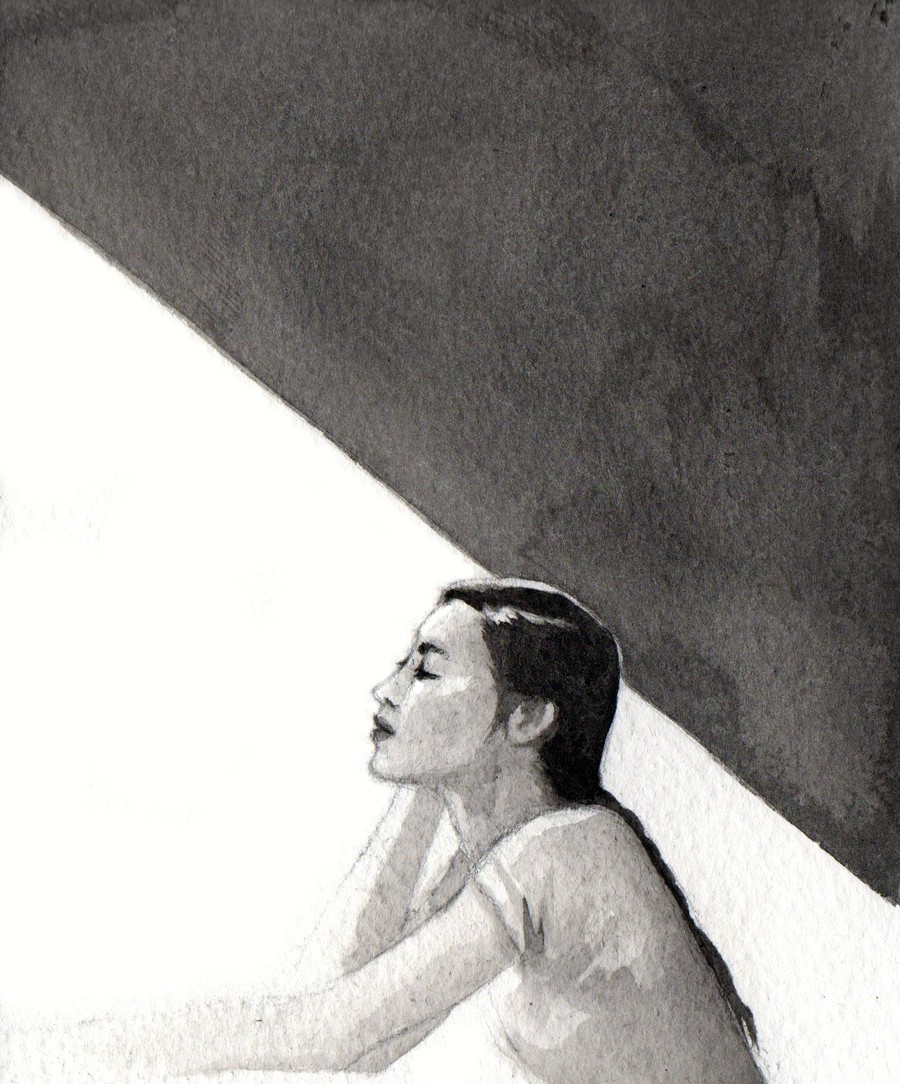 Sadness has been on my mind lately. I’ve been in the slumps, and it seems that many of my classmates are right there with me. I’ve come to appreciate my friends that are in the slumps. Not because slump-dom is something inherently valuable, but because I feel that they understand.

Having a conversation about sadness with a happy person usually doesn’t go so well. It starts with a “How are you?”, raised eyebrows, and welcoming smiles. But when I try to honestly explain what has been on my mind lately, it can get uncomfortable.

Sharing happiness is easy; we do it all the time with our friends or through social media. Even sharing anger or annoyance can be easy. Sadness, though, is the awkward emotion.

One of our first impulses when we’re not sure how to empathize is to offer advice. To the happy, my sadness is a problem to which they think they have the solution. And so they tell me what they’ve done to get where they are—that they learned to stop prioritizing their grades so much, that they learned that they didn’t want to be pre-med anymore, that they reconnected with their faith. And all I can tell them is that I’m glad for them, because what they’re saying really has very little to do with me.

The prevalent narrative is that as we progress through life—as we grow and become more fully realized people—we should also become happier. The ideal post-college professional, the person we aspire to grow into, is most importantly happy: with their career, with their relationships, with their life. Within this pattern, there is no room for unhappiness; sadness means that something is very wrong.

So I’ve searched for the thing that is wrong, the source of my unhappiness: I’ve talked to many friends about unhappiness, read many columns about it. The campus dialogue has, in many ways, been valuable: Expression of misery and commiseration both have merit, and these kinds of discussions also play a valuable role in raising awareness for mental health. But sometimes I feel that our dialogue is running in circles. “I’m unhappy! I’m unhappy!” we say again and again, feeling we shouldn’t be this way but unsure of what to do about it.

We think that if we could just figure out why we’re unhappy, we would no longer be so. Fingers have been pointed at everything from Student Counseling Services to UChicago student culture. But after countless probing conversations, I don’t feel happier. Instead, I feel claustrophobic. I feel I’ve been running up (or down?) an Escher staircase and I’m not getting anywhere; instead there’s a growing straining in my head and a yearning in my chest to take these stairs and shatter them.

Why are we so focused on solving our sadness puzzles?

It was Wednesday, March 6, 2015. That date probably means nothing to you, but I remember it because it was the first day in months that temperatures hit 80 degrees and the sun came out. Winter isn’t confined to winter quarter; the “spring” had been unnaturally cold. I’d never really bought into the idea that I could be affected by something so circumstantial and superficial as the weather. But that day I walked outside, smiled at the sky, and decided then and there that it would be a good day. And it occurred to me that if something so arbitrary could affect my happiness, perhaps happiness isn’t a function of progress or personal growth—perhaps it’s just something that happens, or doesn’t.

And if that’s the case, then maybe I don’t have to worry about it so much anymore. Maybe the sadness puzzle isn’t one that I have to solve. Maybe it’s just something that’s there.

I’ve sat in four-hour physics labs, miserably gazing at the clock, asking why I felt that way and having no answer. Regardless of the number of times I tried to understand and accept the situation, my misery refused to dispel. But maybe my misery was just another part of the situation: something to be accepted for what it was, and really nothing more.

It seems to me that sadness isn’t a problem we spend our lives trying to solve. Rather, sadness is something that’s an intrinsic part of life. And, for me, just as sadness tends to set in now and then, it also tends to correct itself—adding anxiety and pressure to hurry the sadness away does nothing. Sometimes there isn’t a reason for sadness and, likewise, there isn’t a clear way out. You just have to ride it out.