A slice of the pie

Graduate students should get the best possible value out of their large Student Life Fee. 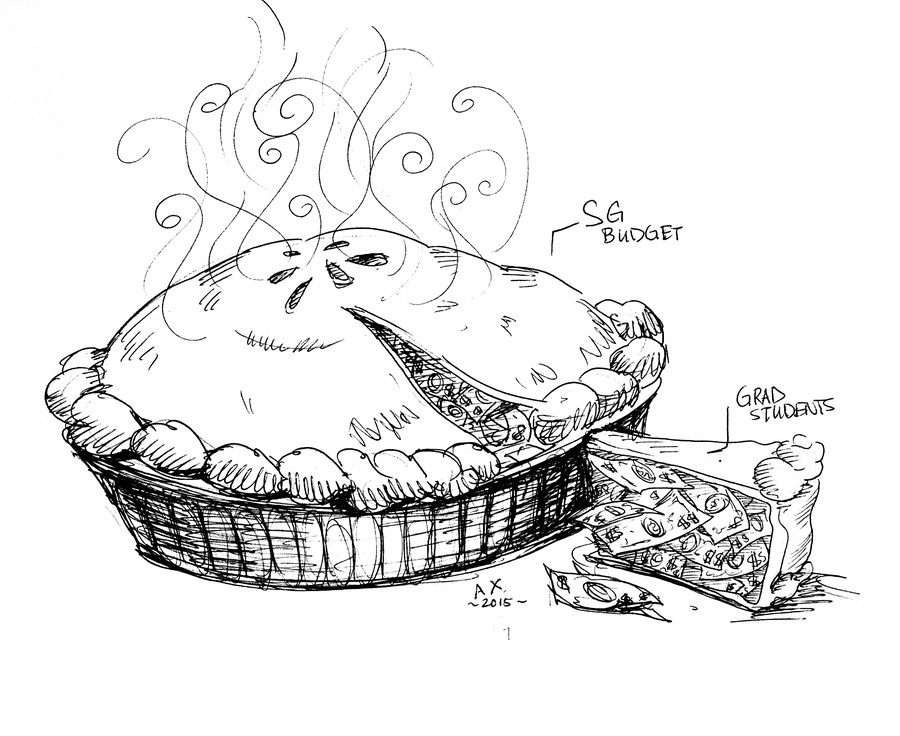 This week, Student Government (SG) announced a $72,500 funding increase for programs benefiting graduate students in its 2015–16 budget. The SG budget is funded by the Student Life Fees (SLF) paid by graduate and undergraduate students. Graduate students make up 62 percent of the University’s student population, but last year only 6.7 percent of the SG budget was allocated to programs specifically benefiting them. This great disparity in funding is fundamentally unfair, and this year’s budget begins to reduce it, devoting 9.7 percent to graduate students. SG should continue to move in this direction. Furthermore, the University has an obligation to increase the transparency of the graduate SLF.

The Graduate Council (GC) Travel Fund will receive an additional $10,000, and graduate mixers will receive an additional $7,500. These funding increases will have real benefits for graduate students, who often must travel to conferences to network and present their research—both of which are important for finding jobs after graduation. More graduate student mixers will aid GC’s mission of breaking down barriers between graduate students in different programs and divisions. Most significantly, the overall budget for GC will approximately double. This will allow the elected members of GC the flexibility to address graduate students’ needs through new and improved programming in the years to come.

Addressing this disparity is particularly important given that the SLF for graduate students has skyrocketed in the past decade. Most graduate and professional students pay a quarterly fee of $363, only $26 less than students in the College. Since the 2004–05 academic year, the graduate SLF has increased by 87.5 percent, for reasons the University has not explained. It is highly unlikely that the University would abolish the graduate SLF, as the Graduate Students United organization has called for. But as long as the fee remains in place, it should be allocated in the way that best enriches graduate student life. Since a portion of the fee goes directly into the SG budget, SG has a duty to provide strong support for programming aimed specifically at graduate students. This week’s SG budget changes will not reduce the graduate SLF—only the University can make that decision—but they do ensure that graduate students will benefit more from the very high fee they are already required to pay.

The University also has a role to play in ensuring graduate students get the best deal by making the SLF more transparent. If the University continues to charge graduate students this fee, these students should know where the money goes and why the fee is constantly increasing. Currently, the administration provides only a vague general description of where this money goes; no itemized breakdown of precisely where each graduate student’s $363 goes each quarter exists. This information would allow students to begin an informed conversation with administrators about whether the fee is too high and how it can best be allocated.

While the 2015–16 SG budget gives graduate students a major boost, they will still only receive 9.7 percent of SG’s total funding. Encouragingly, SG Executive Slate and College Council members are exploring a long-term strategy to increase funding for graduate student life even further. Graduate students make up nearly two thirds of the University’s student body, and next year’s SG budget represents only a first step toward recognizing this.