Moving Summer Breeze ticket sales online would cost MAB about $1,300—but it doesn’t need to be that way. 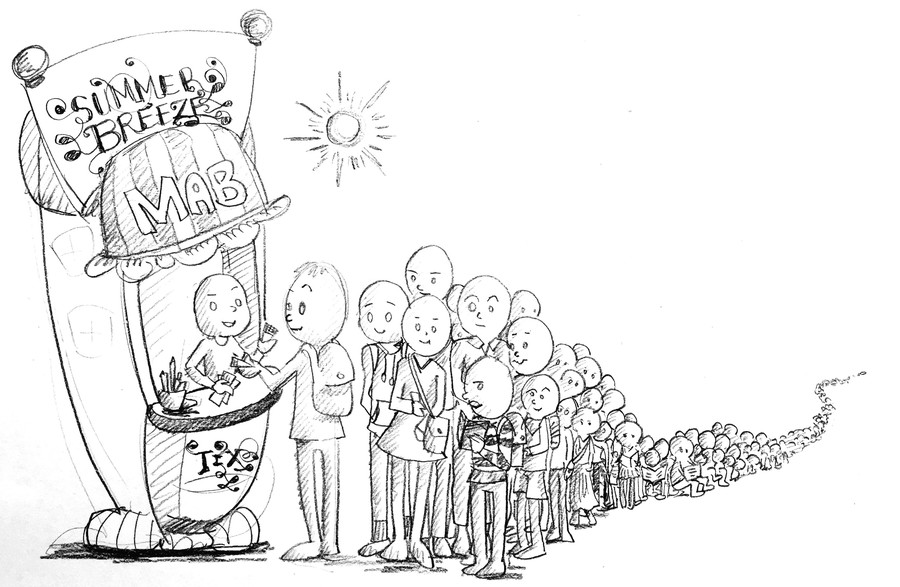 On Monday, hundreds of students lined up to buy tickets for Major Activities Board’s (MAB) Summer Breeze Concert. The popularity of the event has grown tremendously in the last couple years, thanks in large part to MAB’s success in booking popular artists. Last year’s tickets were the first to sell out in one day—a feat repeated this year—and MAB has made adjustments to its ticket-selling process to address the issues of last year. However, buying tickets remains a time-consuming and frustrating process for students, which often involves missing classes. Many students waited five or more hours for their tickets this year, and some waited just as long only to find that tickets were sold out. Ideally, these tickets would be sold online. Either MAB needs to slightly raise its ticket prices, or the University can make online sales possible by lowering the cut taken from online ticket sales through the Logan Box Office.

It’s true that, if tickets were sold online, the hosting site could crash. However, this is something MAB and the University will need to learn to prepare for, and is necessary for a more efficient ticket-buying process in the future.

As it currently stands, selling tickets online is an expensive decision for MAB. In order to sell tickets through the University online, MAB would have to go through the Logan Box Office, which takes a three-percent cut of all revenue. For the 2,225 tickets that MAB sold this year at $20 each, 3 percent of revenue equals approximately $1,300. MAB Chair Natalya Samee told the Maroon Editorial Board that $1,300 is a significant amount which could noticeably affect the performers MAB is able to bring to campus. But to make the same revenue through online sales, MAB could raise its ticket prices to $20.60—a small price to pay for increased efficiency and time not spent waiting in line.

However, this doesn’t change the fact that the University ought to still reduce the cut it takes from RSOs, including MAB, selling through the Logan Box Office. By taking a cut, the University is profiting off of student-run organizations. Whereas three percent is a drop in the bucket for the University’s budget at large, for RSOs like MAB and others, that three percent may mean the difference between a successful event and a dud.