“Art is not a single, monolithic narrative but rather a series of shifts and conversations.” 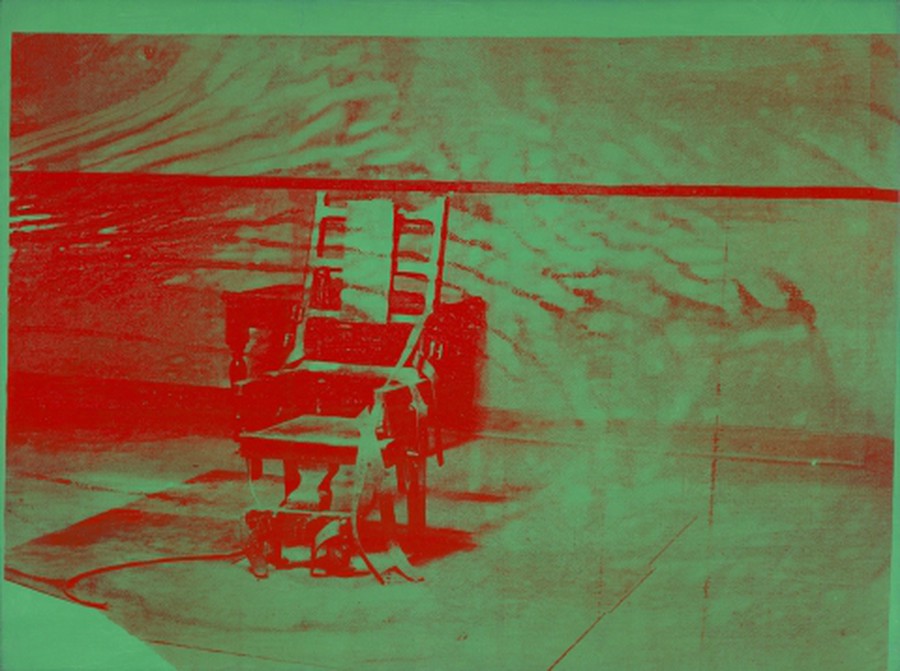 A panel from Warhol’s series Big Electric Chair, which features a photograph of an empty execution chamber at a New York penitentiary.

While going to the Art Institute is always a treat (and free to anyone with a UChicago ID), witnessing the new and now permanent exhibit The New Contemporary was icing on the cake. Made possible by a recent gift of 44 paintings from Stefan Edlis and Gael Neeson, The New Contemporary contains works by iconic artists such as Jasper Johns, Gerhard Richter, and Andy Warhol.

As stated on a sign outside of the exhibit, The New Contemporary demonstrates that “Art is not a single, monolithic narrative but rather a series of shifts and conversations.” This aphorism emphasized my favorite part of modern art: its willingness to step outside of traditional artistic lines. Every artist in the exhibit exemplified this ideal, but I was most struck by the works of Warhol and Currin.

I happened upon the room of Warhol’s works by chance, without any expectations. Though the exhibit contains a large collection of Warhol, his paintings are not differentiated in the exhibition from the rest of the modern art. The painting that instantly caught my eye was “Big Electric Chair,” one painting in a series of silkscreen ink paintings. The only two colors present in the silkscreen painting are a brilliant yet serene green and a stressful, eye-straining red.

At first glance, it is impossible to discern what the painting represents. Is it a window? Is it a piano? However, after reading the ominous title “Big Electric Chair” it’s easy to stand at the painting for a few minutes, staring at it and trying to guess its meaning. I’ve never been as mesmerized as I was when surveying this chilling work.

A similarly striking but very different work that I found myself spending several minutes contemplating was John Currin’s “Stamford After Brunch,” which featured three convivial women sitting on a couch smoking cigars and sipping martinis.

At first glance, the painting depicts a fairly ordinary scene; it appears to be three friends enjoying one another’s company. Upon closer inspection, however, it seems that the artist has exaggerated the women’s proportions to be impossibly thin, like a small child’s body. Further, their legs are shown to make a 90-degree angle while in a sitting position.

The paintings from The New Contemporary left me lingering when normally I would have moved on to the next piece faster. I look forward to returning to the now-permanent exhibit to parse the works of countless other brilliant artists who continue to create unexpected and thought-provoking art.