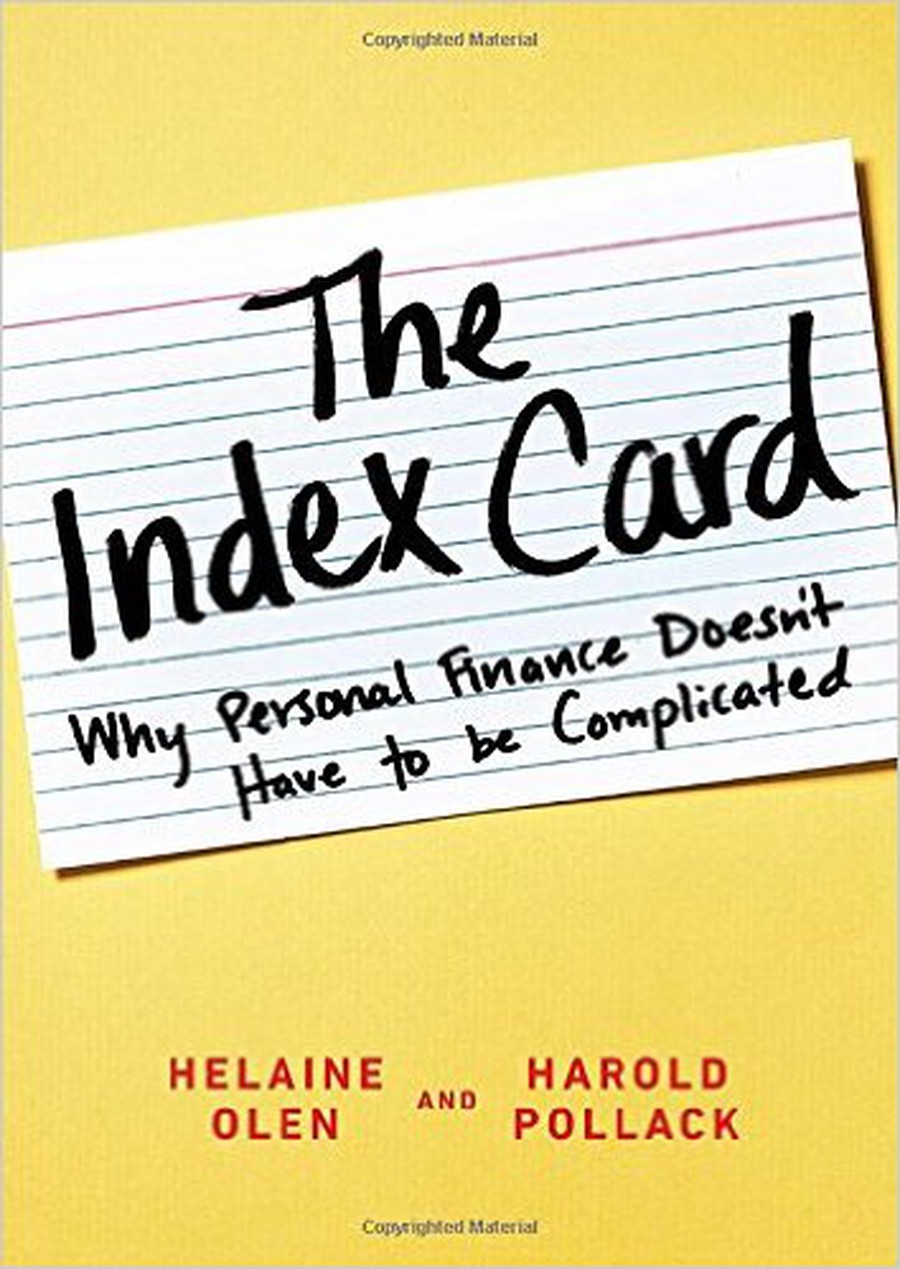 Professor Harold Pollack is the Helen Ross Professor at the School of Social Service Administration whose research specializes in the connection between public policy and public health. He recently wrote a book with Helaine Olen entitled The Index Card which begins with the premise that everything we need to know about personal finances can fit onto the back of an index card. Pollack spoke with The Maroon about his new book.

Harold Pollack: So a 401(k) is what’s called a defined contribution pension plan. Most employers have them. If you work for a non-profit like the University of Chicago, it’s actually called a 403(b). It’s an account where you put in a certain amount per month and there are limits to how much you can put in, but the limits are big.

The [limits are] like $20,000 a year, so for most University of Chicago students, you’re doing pretty well if you’re hitting that limit. And your employer usually matches at least some of what you put in, and then you have a choice in what you invest that money in and usually it’s through a big company like Vanguard or Fidelity, or TIAA CREF if you’re in academia. And they have lots and lots of funds that you can choose... And you pick the one that has the lowest fees, and that’s pretty much all you have to do.

CM: Many people opt not to put money into their 401(k) account, even though their employers will match the amount they put in. Could you elaborate on that?

HP: So many, many people leave money on the table [with their employers]. Some people leave all the money on the table in their 401(k). And many, many people fail to maximize their 401(k) when they could be getting money from their employer. And, you know, the best way to save is to just make it automatic and something like a 401(k): it’s taken out [of your paycheck] every month, you get the employer match, there are some tax advantages, and you just don’t have to think about that part of your life that this is taken out, and you put it in some vanilla ice cream fund, and you just let it grow.

HP: I should say, you can’t achieve those numbers at every point in your life. My original index card said 20 percent, full stop. And I just got a bunch of emails that said, “Dear Professor Pollack, I’m a single mom, you’ve just told me to save 20 percent on my income, blank you.” Or something of that nature. And I get that, you’re paying child care and you have a low income, you’re not going to be able to save 20 percent of your money. And you know, for those people the challenge is, trying to stay out of debt; trying to chip away and save as much as they can; trying to be on a long-term financial plan.

If you look at studies of what people need when they retire so they can maintain the same lifestyle they had when they were working, you really do need to be saving about 20 percent of your income. So I do think it’s important [to save 20 percent of your income], especially for people who are able to do so. When you have your first job, and you’re not yet married and your expenses are kind of manageable, that’s when you really need to start and save as much of your income as you can, so that it can compound over time. And you get used to living a little bit below your means. Unless you’re saving, you really can’t have a financial plan. And unless you’re saving, you really can’t have any money to invest. It’s like the saying, “rocket science is more fun when you have rockets.”

When you start saving, you can really start thinking “How can I invest this money fruitfully for the long term?” It’s easy to get sucked into the culture of consumption where you’re spending a lot of money with your friends. And we have to help each other be a little bit more disciplined: find fun things to do that don’t cost us much money. That’s one of the great ways you can save money. And to build a habit of saving. I started when I was 40, and if I started when I was younger, it could have made a huge difference.

CM: In the fourth chapter of your book you tell us “[we] are not Warren Buffet,” and then you go on to say that it is unwise to invest in individual stocks. Could you elaborate on that?

HP: [W]e can have a very long, complicated conversation about how the research was done that backs this up, but the conclusion is very simple, which is that ordinary people should not buy or sell individual stocks—period. You should not be spending your time wondering whether or not Chrysler’s going to come up with the next innovative generation of minivans and bet your financial well-being on your ability to do that.

First of all, the [professional investor you’re competing against]... knows more than you do about this subject, has more information. This is their full-time job. All the information we have, all the data we have available to us says that individual investors are just horrible at picking stocks.

And the great thing about that is once you realize that everyone’s going to be terrible at picking stocks, it actually takes a big load off your mind. You never have to watch any financial TV show, you don’t have to follow the business section of the paper to understand how some company you might invest in is doing. It just frees up a whole lot of time and brain space to be good at your day job and to be, you know, hugging your kids…you’re not spending trying to out-invest the pros.

Clarification made on 1/21/2016: This article originally referred to Professor Pollack by his incomplete title.