Chicago's track and field teams kicked off their indoor season by hosting the Phoenix Invitational this weekend. 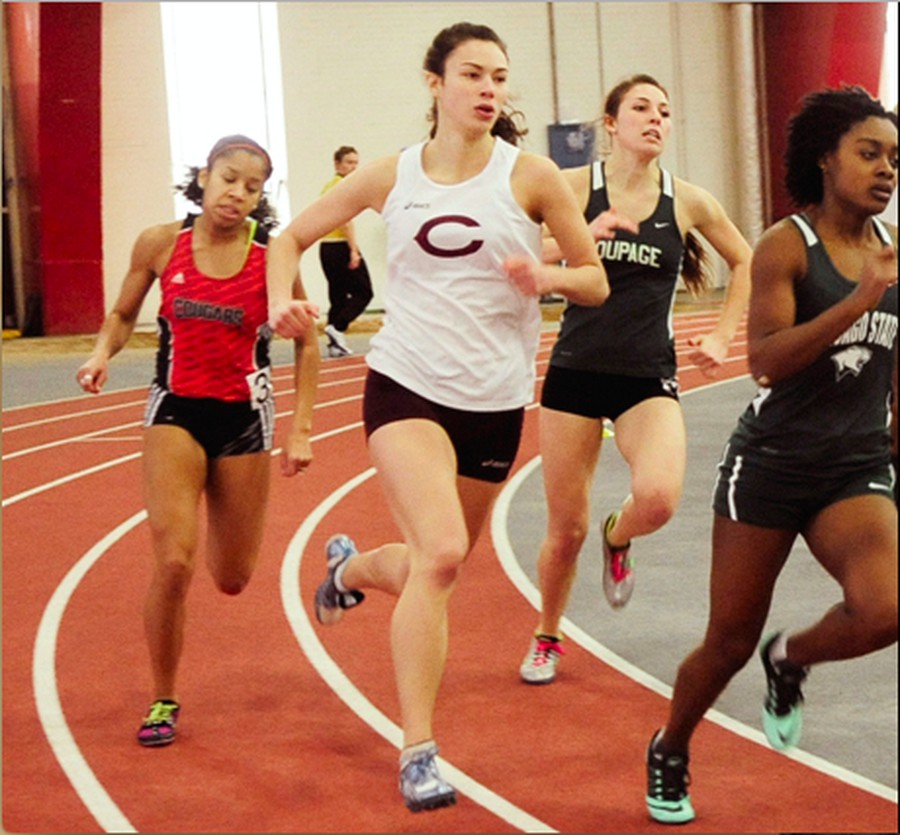 The Maroons entered into the track and field season with a ferocious hive mind mentality. Throughout the offseason they trained vigorously to get into great condition for the upcoming indoor season, and on Saturday at the Phoenix Invitational, the quest for nationals began. The Phoenix Invitational was a small meet, meant as a warm-up for all the athletes to get back into the hang of competition. Aurora, Northwestern, Concordia, and Illinois Tech were the only schools to travel to the prestigious and historic track on the second floor of Henry Crown, and the home squad dismantled each of them.

It was an absolute slaughter. Chicago dominated almost every event. The upperclassmen provided the impetus for the day, providing a handful of victories and podium appearances. Third-year Temisan Osowa blurred by the rest of the field in the 60- and 200-meter races, finishing first in each. Not far behind him was fourth-year Ryan Manzuk, who finished third and second in the two events, respectively, while setting a personal best in each of them by a huge margin. Another fourth-year, Parker Tikson, captured first in the long jump, and moments later laid claim to the same placing in the triple jump while setting a personal best.

The women performed equally well as they ran their way to first place in the 60-meter, 200-meter, 400-meter, 800-meter, 4x400-meter, and one-mile races. Fourth-year Mikaela Hammel also set collegiate bests during the meet, shattering her own personal record in the 60-meter dash by an astonishing two-tenths of a second. Her fellow fourth-year and teammate Rebecca Askins-Gast also set a personal record while winning the 800-meter run.

While the Chicago student-athletes were racing, throwing, and jumping, they cheered each other on and made sure they were all at the top of their games. Despite tweaking a hamstring during the 60-meter preliminary heats, Obi Wamuo enjoyed the meet and embraced his place on the cheering squad. According to Wamuo, it was the first

on. It was a very exciting day.” First-year jumper Thomas Rhines expressed a similar sentiment, saying, “It was fun.”

After the day was done both the men’s and women’s teams had won, besting the runner-ups by 102- and 81-point margins, respectively. The teams are just warming up, too. There are great things ahead; Wamuo and other team members are confident that

they “have a big shot at winning the UAAs on both the women’s and the men’s side.” Manzuk shared that positive outlook and hailed the Phoenix Invitational as “a great first

step towards our goal to shock the nation.”

Both the men’s and women’s sides will head to Illinois Wesleyan on Saturday for their next meets, and they hope that the teams in Bloomington will be able to bring more of a challenge than those that came to Chicago this past weekend.