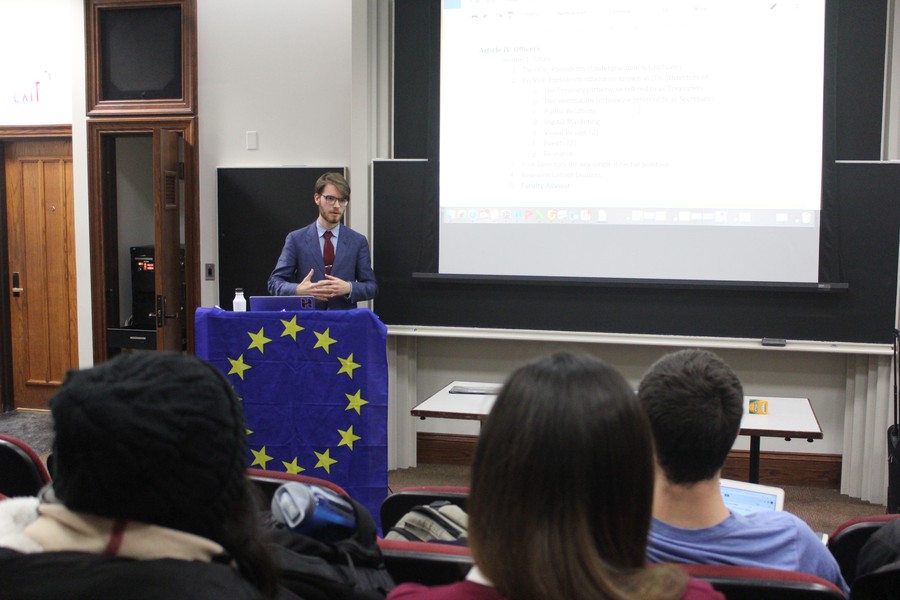 Second-year College student Jan Ertl is leading efforts to create an RSO called EUChicago, which would encourage students to find solutions to policy issues within the European Union.

The RSO would function as the campus chapter of European Horizons, a student-led policy think tank established at Yale University in February 2015. About 70 students have expressed interest in EUChicago as indicated by subscription to its listhost, and Ertl hopes that by February it will be granted RSO status. The Committee on Recognized Student Organizations reviews applications from student groups during winter quarter and decides which will receive RSO status during eighth week.

Ertl said that the RSO would help students become involved in policy research. Its potential affiliation with European Horizons would allow students to share their research with a larger audience and publish in the think tank’s twice-annual journal, the Review of European and Transatlantic Affairs.

“For this chapter, it would mostly mean that if people are doing research and they think they did something really interesting and they want to share it, that they would be able to share through the think tank channels, and then perhaps get it published,” Ertl said.

Presently, EUChicago is working on creating research cohorts for a variety of topics affecting the European Union, including national identity and international security. The cohorts, which will be led by both graduate and undergraduate students, will conduct research by analyzing fundamental documents and modern academic papers.

EUChicago is also planning to host events in spring quarter in partnership with other RSOs to raise awareness of European policy issues.

Michal Rajski, a second-year in the College, was particularly excited about the initiative’s academic component.

“I think this is a great opportunity for me, and for UChicago in general, to learn more about European affairs,” he said.

Ertl, an international student from Germany, was originally uninterested in studying policy issues when he enrolled in the College. He became more invested in European affairs last year when he felt that Pegida, an anti-Islamic organization that staged protests throughout Germany, threatened to foster intolerance in his home country.

Ertl was also motivated to lead this initiative due to admiration for the European Union’s mission to create a transnational political entity.

“I do think the success or failure of the European Union is crucial because its success or failure will determine future attempts at international organizations,” Ertl said. “The European Union is also very relevant in the U.S., not just as its prime economic partner or even ally in most other affairs, but also in the sense that U.S. Americans are world citizens as well.”