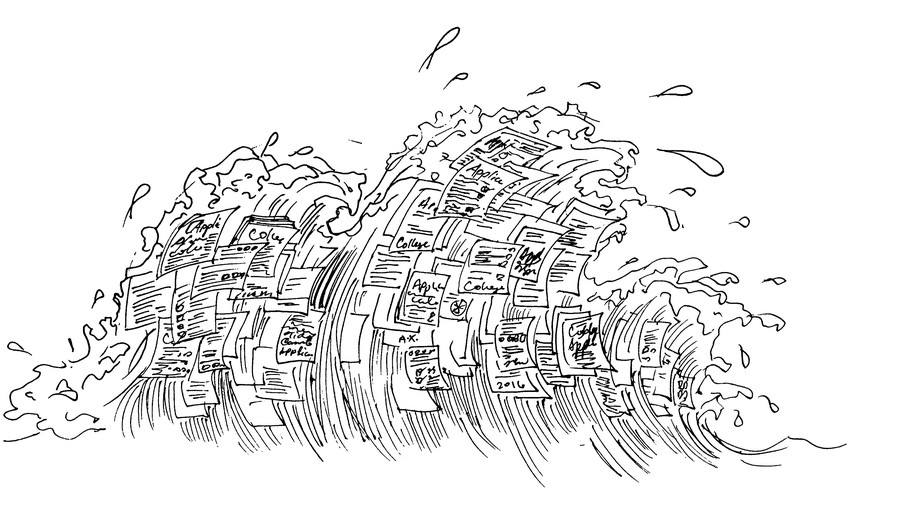 “Turning the Tide”, a recently released report from Harvard Graduate School of Education, encourages a new emphasis on the ethical orientation of prospective college students.The report was signed by 85 admissions and education professionals, including Jim Nondorf, vice president for enrollment and student advancement and dean of admissions. While we applaud the coalition behind the report for its commitment to improving the college admissions process, we are skeptical that the suggestions outlined in the report will actually lead to a more ethical society.

The report falls short of realistically representing the role of colleges in changing the culture around the admissions process. It emphasizes ethics and character as the new basis for evaluating students, however The Maroon Editorial Board is not convinced that college admissions officers are properly equipped to determine who among their applicants are the most good and ethical people.

While it is undoubtedly valuable to emphasize community service and engagement, we do not think that emphasizing it in college admissions will truly lead to a cultural shift. The report attempts to shift the focus from academics to service, putting forth suggestions for how to reduce academic pressure on students and shift their perspectives from self-centered to more community-oriented ones. The Maroon Editorial Board however doubts that these measures will lead to decreased academic pressure. Students who feel pressured to achieve high grades and test scores will not feel less pressure to do so because of a new emphasis on service in admissions. They will instead feel that they have yet another box to check and strive to present many service hours on top of their top-tier academic performance. We are skeptical that this will engender a genuine community and ethical orientation in high school students.

The college admissions process is undeniably flawed, especially at selective four-year private institutions such as the University of Chicago. From the multi-billion test prep industry to the emphasis on the prestige of colleges with single-digit admission rates, the process is filled with pressure, money, expectations, and often, disappointment. It is difficult to know where to begin to create a process that is less stressful and more fair for students of all backgrounds. However, while “Turning the Tide” addresses the flaws of the admissions process, it also feels largely like a continuation of the old model.

Perhaps a more effective way to encourage an ethical orientation in students is to lead by example. We believe that if high school applicants are expected to be more ethical and self-reflective in the college admissions process, college admissions officers should be as well. While promoting measures to promote community engagement, reduce applicant stress, and better fit the process to students from diverse backgrounds are good aspirations, there are more concrete measures college admissions officers can take to demonstrate their commitment to ethics. Colleges can relax their focus on encouraging as many students as possible to apply to drive down their admissions rates, be more transparent about the costs international students face, and be straightforward about the role of legacy admissions in the application process.

Editor's Note: Adam Thorp recused himself from the writing of this editorial.