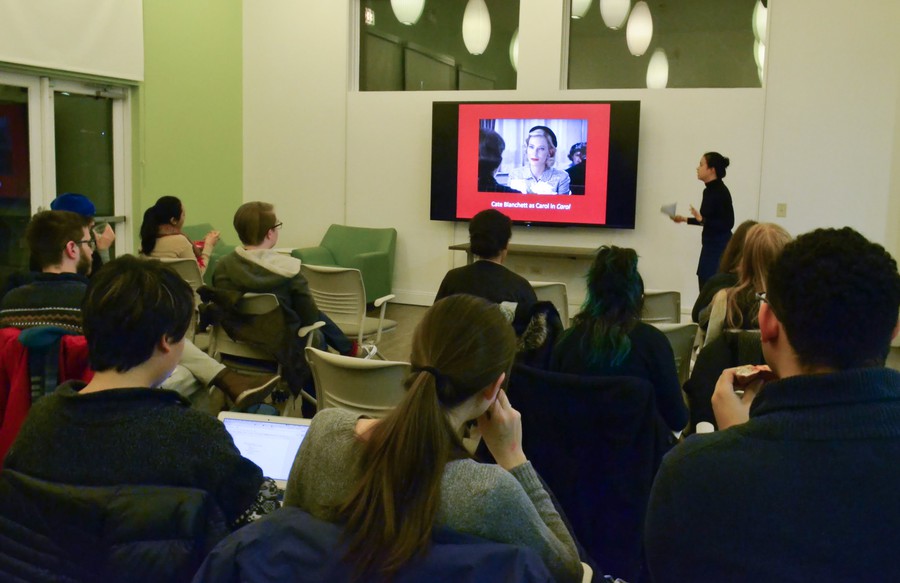 On Thursday, the University of Chicago Center for Identity + Inclusion hosted “Trading Faces: Trans Erasure and Whitewashing in Hollywood.” The discussion was a part of the Emerging Minds Project (EMP), started five years ago by a group of students who wanted more opportunities to interact with peers of different identities.

The goal of the project is to complement students’ academic coursework with discussions of daily societal issues. According to Emy Cardoza, associate director of the Office of Multicultural Student Affairs, students saw many opportunities to participate in race-specific or orientation-specific RSOs, but could not find many opportunities for interracial interaction.

Trading Faces was organized as a discussion-based event in an effort to understand the reasons behind people’s opinions regarding trans and racial discrimination in Hollywood.

An example of a cisgender actor portraying a transgender character included Eddie Redmayne’s portrayal of Lili Elbe in the critically acclaimed biographical drama film, The Danish Girl. The popular TV show Glee’s portrayal of Blaine by straight actor Darren Criss was an example of a straight actor portraying a gay character. Conversely, Neil Patrick Harris was discussed for his part as Barney on How I Met Your Mother as a gay man acting in the role of a straight man.

Movies such as Exodus and The Last Airbender were mentioned in discussions of whitewashing in Hollywood, and discussed alongside Hollywood’s historic use of black and yellow face.

After the introduction, the participants split into two discussion groups led by facilitators. One group was led by second-years Soreti Teshome and Cori Tingstad; the other was facilitated by second-year Katherine Vega and Brett Stachler, a staff member of the Office of Multicultural Student Affairs.

The facilitators opened up the group to a variety of topics ranging from the seemingly niche markets of media containing diverse cast members to the contradictory arguments relating to universality.

There was discussion of media portraying group-specific experiences as contrary to universality, especially in the case of women. Such arguments, for the discussants, are usually only made against women and minority stories, rather than against dominant white and male stories.

“There is this idea that if you’re telling a story about women’s issues you’re not speaking about universal issues...I think that’s completely ridiculous,” Tingstad said.

The EMP has planned another event later in the quarter to discuss the topic of Islamophobia. Unlike this discussion, the next one will include a panel.

Editor’s Note: Katherine Vega is a senior reporter for the Maroon.