“Their warm and happy affection for one another was palpable.” 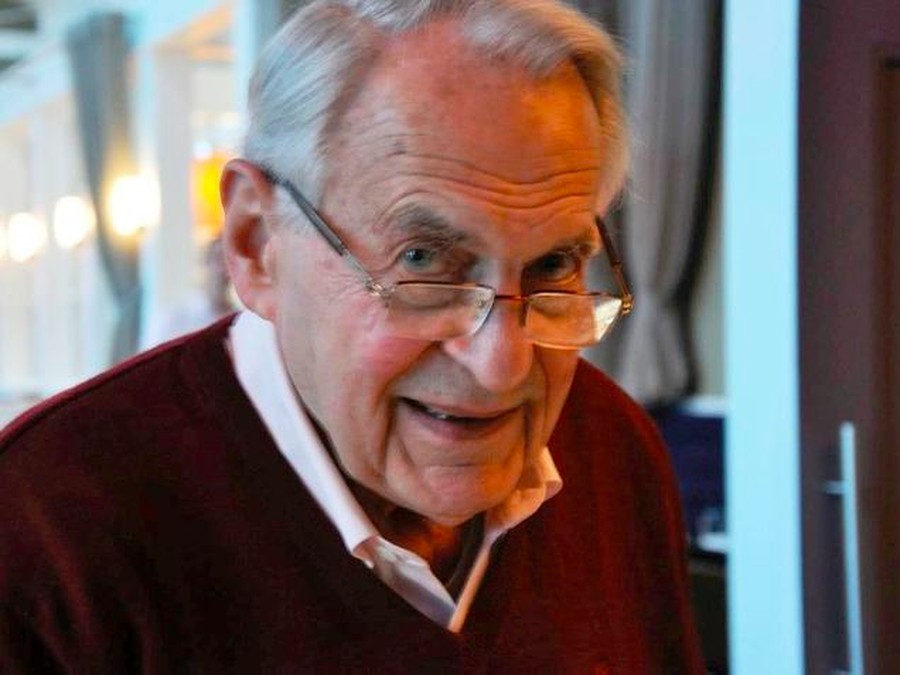 Lloyd Rudolph, professor emeritus of political science, passed away last Monday at 88, after losing a battle with prostate cancer.

Rudolph’s death came shortly after that of his spouse and longtime colleague, Susanne Rudolph, who passed away in December. The couple met while they were graduate students at Harvard and Radcliffe in the early 1950s. They both received Ph.D.s in government with a particular focus on South Asia—he in 1956 and she in 1955.

After serving as junior faculty at Harvard for several years, Lloyd and his wife moved from Cambridge to Hyde Park in 1964, where Rudolph’s mother had worked as a real estate agent during his youth.

Over the years, the Rudolphs pursued long and illustrious careers that centered on the study of Indian socio-political and economic issues. They focused on the reverberating effects of the caste system in the rapidly modernizing country, capitalism set against the backdrop of traditional Indian values, and the legacy of Gandhi in the contemporary era.

The Rudolphs were decorated and respected among colleagues at Chicago and scholars of India around the world. Lloyd received grants from the National Science Foundation and the National Endowment for the Humanities, the Rockefeller foundation, the MacArthur foundation, and the Guggenheim foundation, among others.

So conjoined was their reputation as scholars of South Asia that at a talk delivered in 2013, Yogendra Yadav, the professor who introduced them, confessed to having originally thought of them as a single, eminent scholar named “Rudolphs.” Lloyd then began the talk by commenting that his wife would go first and he would go second, as they had done for their entire career.

Wendy Doniger, professor of the History of Religions at UChicago, who knew the Rudolphs since her first year at Radcliffe College in 1958, remembers the last time she saw them in 2009 at the Jaipur Literature Festival.

“[T]hey invited me to dinner at their wonderful home there, a cross between the Musée Guimet and an apartment at the Plaza. They made sure to invite all sorts of people whose company I would enjoy that evening and who would also be useful to me later, both during that time in Jaipur and still later in my work back in Chicago… Susanne was elegant and quick as lightning; Lloyd was mellow and wise. Their warm and happy affection for one another was palpable, and made the rest of us like one another more than we might otherwise have done.”

Lloyd and his wife both retired in 2002 but continued to pursue their joint research, most recently editing and publishing a book in 2006 entitled Postmodern Gandhi and Other Essays: Gandhi in the World and at Home. In 2014, he and Susanne received the Phadma Bhusan, the third highest civilian honor awarded by the Indian government.