"I came back having spent an hour jumping up, forwards, backwards, and sideways to songs that I really like. It was mindless fun, to be sure, but the show reminded me that there’s virtue in mindless fun." 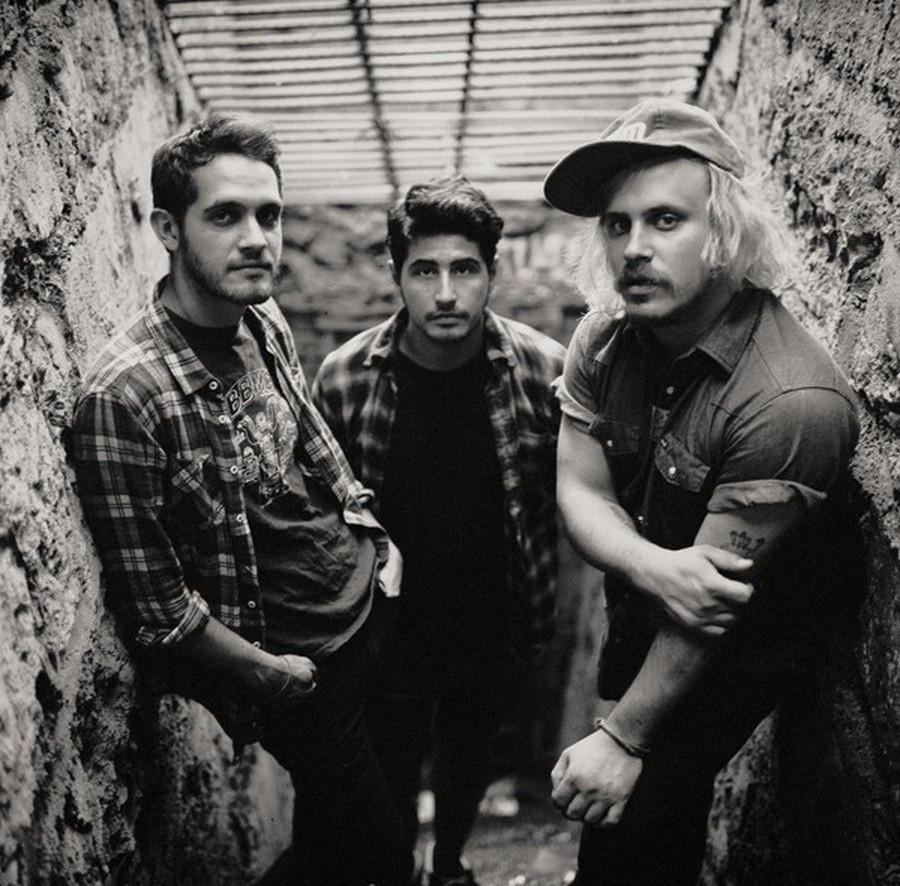 I arrived at together PANGEA’s show at Subterranean about 15 minutes before doors opened. There were three kids in line, so I joined them.

The boy in front of me looked about 14 or 15; his age was revealed by the thing on his upper lip that might someday grow into a mustache. He was wearing skinny jeans, a white T-shirt, a hoodie, and Vans. He was obviously freezing—his hoodie completed the skater outfit vision board, but it was no match for winter in Chicago. He had his earbuds in.

About five minutes before the doors opened, a bouncer came out. “Is this the end of the line?” a kid who just arrived asked the bouncer, motioning to the front of the line.

“Cool,” the boy replied, happily making his way to the front.

The bouncer rolled his eyes. “Are you blind?!” he shouted. “You have glasses!” He pointed to the throng of people that by now stretched past the Starbucks and was approaching the train station. “Get to the end of the line!”

This is where together PANGEA came in, on tour supporting the release of its 2015 EP The Phage. Together PANGEA is part of the same Burger Records SoCal punk scene that supports FIDLAR, Ty Segall, and Audacity. Much like FIDLAR, together PANGEA specializes in tales of debauchery that appear to stem from lived experiences. It’s easy to see the appeal for awkward teenagers like Wispy Mustache Boy: the speed and volume of together PANGEA’s music in a live setting is consuming and leaves no room for any thoughts beyond staying upright. The lyrics are comforting, too: the embarrassing stuff together PANGEA sings about has only happened to Wispy Mustache Boy in his worst nightmares.

The most immediately striking thing about together PANGEA was how not striking three-quarters of them were. Although bassist Danny Bengston sported a bodacious show-biz mustache, guitarist Roland Cosio, drummer Erik Jimenez, and frontman William Keegan looked completely normal, even unassuming—Keegan especially. I wouldn’t call it a lack of stage presence; he didn’t appear nervous, and it wasn’t entirely down to his boyish voice or T-shirt-jeans-and-flannel outfit. Keegan just didn’t seem like he was performing: He didn’t go from a dude in a flannel to Deranged Punk God. Singing and playing guitar loudly on a raised floor would be a more accurate, if slightly wordier description of what Keegan did.

But his anti-rockstar image worked and set the tone for together PANGEA’s show. I didn’t come away from the gig with any holy-shit-I-can’t-believe-that-happened stories to regale my friends. I came back having spent an hour jumping up, forwards, backwards, and sideways to songs that I really like. It was mindless fun, to be sure, but the show reminded me that there’s virtue in mindless fun. The best example I have is Wispy Mustache Boy, who smiled the entire time.

As mosh-happy as the crowd got, it was clear that together PANGEA are too musically sophisticated to be punk rock in the “three chords and a cloud of dust” sense. “Sick Shit,” from their third album Badillac, has a long, comically overdone guitar solo, played perpendicular to the ground for maximum effect. “Offer,” another highlight from Badillac, begins with just vocals and guitar, and that was the first time I clearly heard everyone singing along—or not, as it were. Keegan giggled when me and a few others started in on the second line early.

The Phage songs like “Looked In Too” heralded roughly the same amount of people flinging themselves off the stage (and onto my head), but “Sick Shit” was an obvious crowd favorite. How could a song with the lyric “my dick is soft” not be?

Together PANGEA only let themselves descend into flat-out musical chaos for its closer, “River.” Keegan strummed the opening chord for two bars, establishing a tempo close to the recorded version. At the beginning of the third bar, Jimenez came in like a bat out of hell, overriding Keegan’s more moderate pace in favor of pure, breakneck speed. Together they hurtled through the first verse and into the chorus, as if they were playing a punk rock game of chicken. Keegan lost—he abandoned playing guitar completely—but by that point in the show the rhythmic free-for-all was of secondary consideration, crowdsurfing being the first point of concern.

After the show finished, I got on the Blue Line to go home. Wispy Mustache Boy was on my train; his hood was up and his earbuds were back in. He didn’t say anything to me, nor I to him. I got off at Jackson, and he stayed on the train.

But when I remember him, he’s not sitting hunched over on the train or failing to play it cool in front of the bouncer. He’s onstage, grinning at the crowd and screaming lyrics. He points to a spot in the audience and then jumps, and our hands bear him up until he’s out of sight.